GladWire
Awesome VIDEO: WW2 Veteran Doesn’t Give Up On His Dream & At 95... 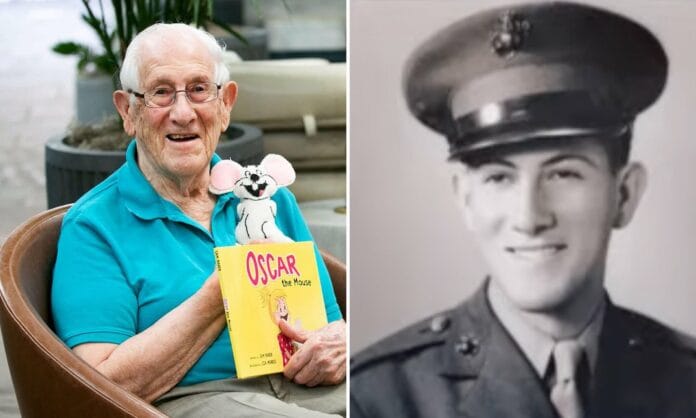 Never give up on your dream!

Sam Baker, World War 2 veteran, loved to read ever since he was in 9th grade but didn’t discover his love for writing until he turned 95 years old.

Sam Baker lives in Scottsdale, Arizona, and is now 99 years old. He served in the U.S marines from 1942 to 1947. He also had a career in the U.S Coast and Geodetic Survey, which is now called the National Oceanic and Atmospheric Administration, and served the U.S in World War Two.

When Baker’s children were little, they loved stories and he would tell them stories that he made up on the spot. One story that he would always tell was the made-up story about a worm named Herman. 4 years ago, when Sam Baker decided to start writing, his son encouraged him to write about the story of the worm named Herman that we used to tell when the kids were younger.

Sam Baker felt like it was his duty to write books for children because “reading is a foundation for all other learning. If you don’t know how to read, you’re going to have a hard time learning,” he said. Sam Baker is not doing this for the money or fame but purely so he can help children learn.