GladWire
Awesome Moms Compete In Contest At Baseball Game, But When Prize Is Revealed... 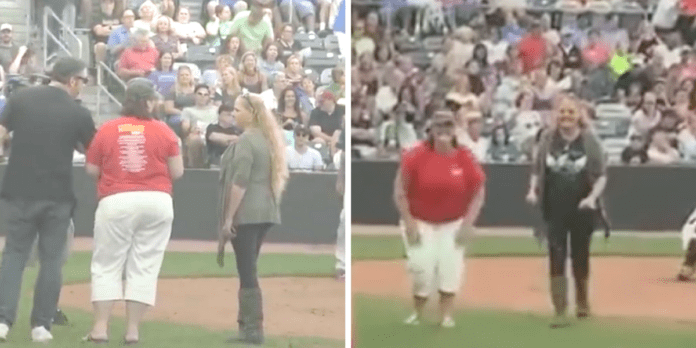 These two moms were brought down onto the field at a St. Paul Saints baseball game, and they had no idea they would soon be seeing their sons.

They had no idea that their sons were safe or even in the same time zone as them.

The two moms, unbeknownst to them, would win the best, most grand prize they could ever win. Not only would they be thrilled, but their hearts would be happy knowing that their children were safe.

When the video announcers gave them the choice of which prize they would choose, they both chose the mystery prize. The announcer let the suspense build for a second as he wanted to get the full effect.

The embraces that these moms shared with their sons said a million things at once. The embrace that they received back said everything that needed to be said and more. 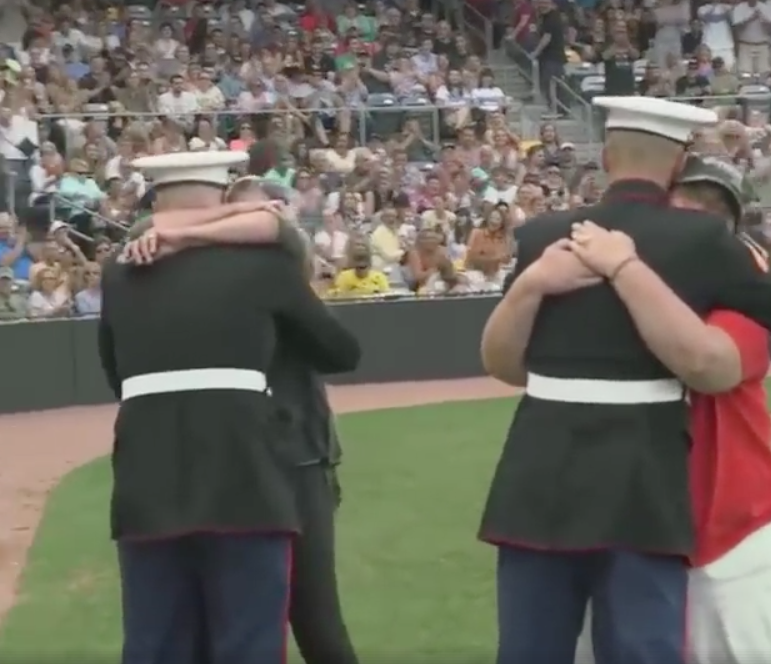 While it is a mother’s duty to love, support, and worry for their child, it’s also their duty to feel complete and utter happiness at times like these. Especially when they haven’t seen their children for longer periods of time like these moms.

There is just something about military families being reunited that makes the heart happy. If you think these Marines surprising their mothers is wonderful, happy, and amazing news, like and SHARE this article with your family and friends now!