GladWire
Animals Veterinarian Names 5 Of The Worst Dogs To Own & Has Pet... 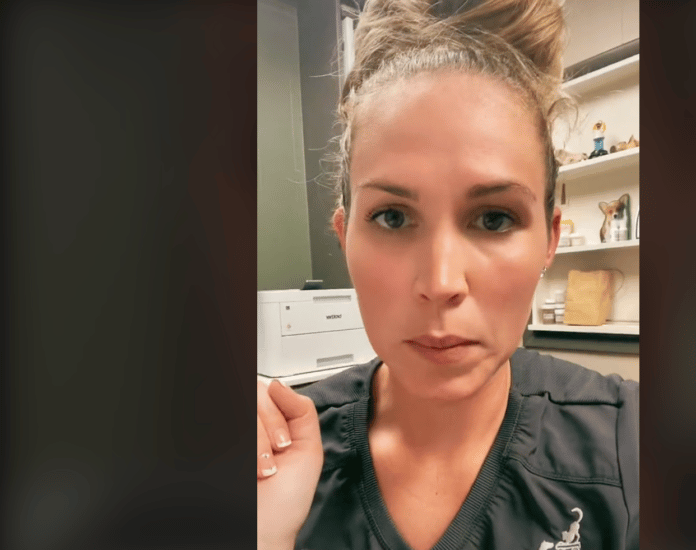 A veterinarian has the internet fuming after she named the five “worst” dog breeds she wouldn’t own.

Posting under the account of dr.terrelpetvet should took part in the popular “five-things challenge” noting what dogs she would and wouldn’t own.

She started with hairless dogs.

“The dogs themselves are fine,” she tells viewers. “I don’t like hairless animals. They’re zitty and greasy; same as cats.”

Next up were Chihuahuas, calling them “ankle biters.”
“Not my cup of tea,” she adds. “Afraid they’re going to get stepped on.”
Brachycephalics were number three of the five dogs she wouldn’t own. The classification usually refers to Pugs, Shi Tzus, Bostons, and more.

“Some of them are so cute and so sweet but they can’t breathe,” Dr Terrell says before listing other common ailments including their tendency to be gassy. “It’s a no for me dog.”

Number two were German Shepherds and Belgian Malinois.
“They have the potential to be really great dogs, good police dogs and good in rescue-type scenarios but 95 percent of the ones we see in clinic want to bite your face off because they are not properly trained,” she says.
But her number one dog she wouldn’t own is Doodles.

“A lot of them are crazy, crazy hyper, can’t sit still for two seconds and we’ve had some really aggressive ones as well,” she says. She also says they’re prone to ear infections and are expensive to groom. “I’d rather have a hound dog.” she concludes.

“Doodle owners fighting for their lives in the comments over their mutt,” laughed one. “I have a Pug and he’s perfect,” said another.

“I can’t believe the golden doodle is your #1! I’m shocked! I’ve had a ton of dogs in my lifetime. This is the best dog ever and best family dog,” one viewer wrote.

“Goldendoodle is literally the best dog I’ve ever owned and ever been around. Literally like a human and ridiculously smart and sweet. Byeeee,” said another.

Dr. Terrell added that her favorite dog is a Basset Hound and any other type of hound.

“They’re smelly, they have a really deep loud bark, they can have ear, back, weight problems. They can sometimes be a little crotchety at the vet but I love them, they’re so sweet. Mine is the best dog ever he comes to work with me every day.”