GladWire
Animals Dog That Was Shot & Stabbed Gets A Second Chance At Life... 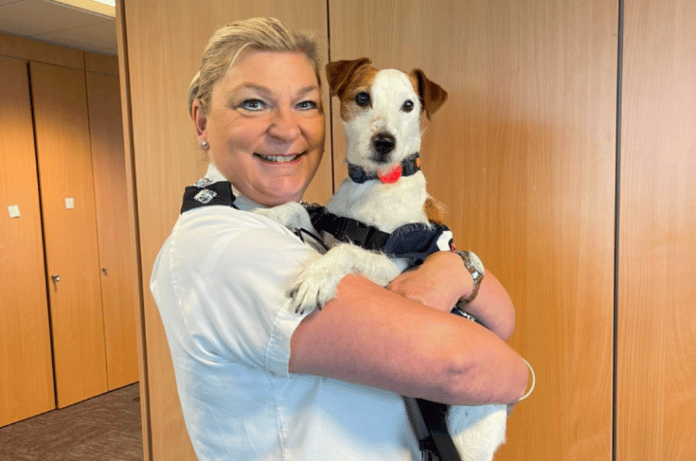 A courageous dog who survived being shot with a gun and stabbed with a kitchen knife has been hired by the police after being rescued by an active officer.

Before being saved by Chief Inspector Jayne Forrest of South Yorkshire Police during a raid in Doncaster, South Yorks, Buddy, 10, was used to “rile” warring pit bulls.

The poor dog’s health was awful since his callous owners had removed his tail, leaving him fully covered in fleas, ticks, and worms.

Inspectors from the RSPCA were unable to help the mistreated dog because of the air gun pellets that covered his body. 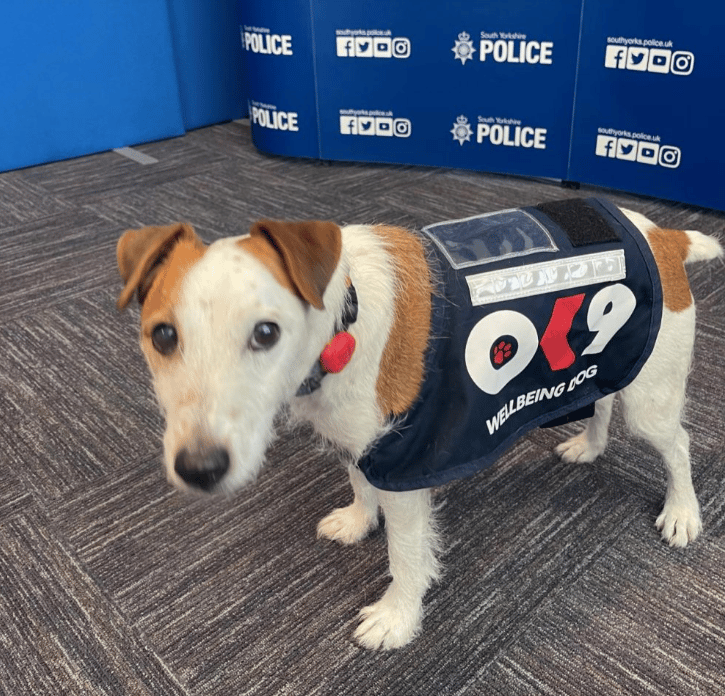 But CI Forrest felt bad for Buddy and tried everything she could to help him get better.

After serving seven years in prison, the courageous pup has moved on to a new assignment as a South Yorkshire Police well-being dog, aiding officers in coping with stress and trauma.

A spokesperson for the force said: “Buddy had been used to rile pit bulls before they were made to fight.

“When officers found him, Buddy had fleas, ticks, worms, and an infected tail after his owners had cut it off with a kitchen knife.

“He’d also been shot with an air rifle so many times, the RSPCA didn’t think they could save him. But Jayne decided she could.”

The spokesman said, Buddy had offered a “calming presence” to the squad, although he was still a little “nervous” around other canines. 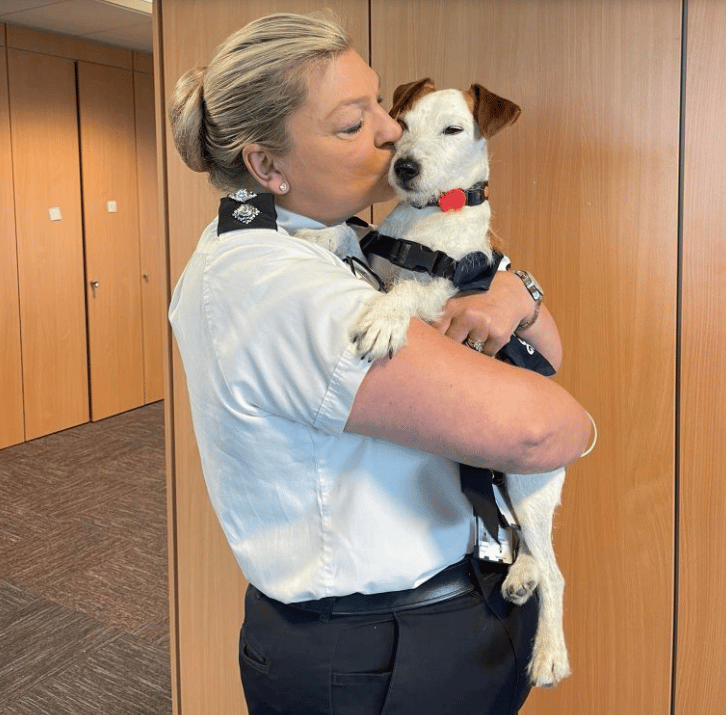 They said: “Our wellbeing dogs are deployed to any teams who have been exposed to danger, stress or trauma in the hope they’ll provide some light relief and a much-needed distraction.

“Buddy is still understandably a little nervous around the rest of the Wellbeing Dog team, but he’s a lovely calming presence.

“The team is just one aspect of the wellbeing support offered to police officers, but they are certainly the cutest.”