GladWire
Awesome Teen Does A Simple Act Of Kindness & Ends Up Getting More... 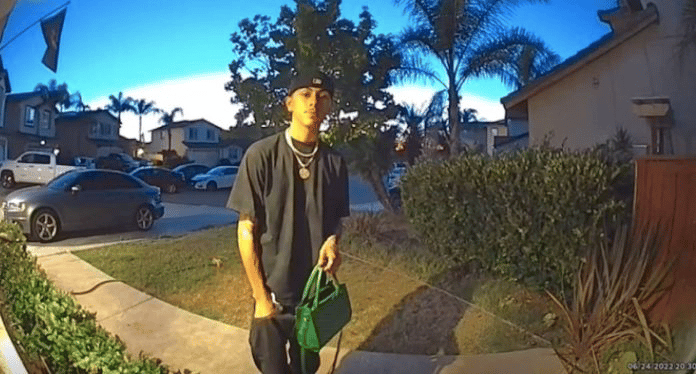 In 2020, the amount of purses stolen well exceeded 11,000 purses. Most poeple who would see pocketbook or a purse and immediately want to take it and steal the contents of it. Or just steal the whole purse. But there is still some good in the world as this teenager returned a stolen purse.

Although he didn’t expect anything in return, a 17-year-old San Diego youngster has received a sizable prize after returning a pocketbook abandoned in a grocery store parking lot.

Two weeks ago, Adrian Rodriquez discovered the green handbag in the Chula Vista, California, Ralph’s parking lot. He made the choice to personally deliver it to the woman’s front door as opposed to bringing it inside the business.

The pocketbook was left with the housemates even though its owner, Eliana Martin, wasn’t around. Later, using the home’s security footage, the high school graduate was found and given some love.

“I looked into the Ring camera, and I was like, ‘Oh my God. He’s such a young kid’,” says Melina Marquez. “We need to find him and just give him a little piece of gratitude.”

She and Martin discovered the young man who returned the bag containing $20 and a wallet stuffed with credit cards after sharing the arresting photo on social media.

“My mom always told me since I was little to always do the right thing when nobody’s around,” Adrian told NBC News. “I didn’t expect nothing back, honestly.”

“If someone found my stuff, I’d want them to bring it back to me,” said the teenager.

The good news, however, didn’t end there. Marquez set up a GoFundMe page so that Adrian’s friends and new fans may honor his integrity.

“Every parent right now hopes that their children grow up to be just like this young gentleman,” Marquez stated.