GladWire
Awesome Teen Discovers A Safe With Thousands of Dollars & What He Does With... 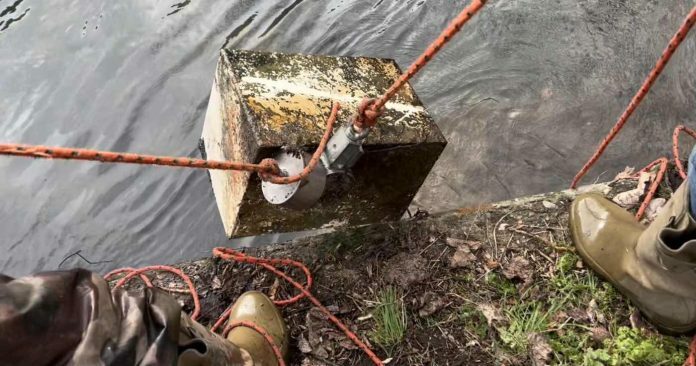 A teenage treasure hunter who brushes river bottoms with a massive magnet retrieved a safe that included big bucks he won hearts on the internet after giving it back to its rightful owner.

George Tindale was searching the River Witham in Grantham, Lincolnshire, with his father three weeks ago when he made the incredible discovery. They followed a trail of clues to find the owner of the cash, a businessman whose safe was stolen 22 years ago.

“I mean it was amazing really,” the 15-year-old who lives in Newark, Nottinghamshire said. “We pulled this safe out and it had all that money in.”

The father and son were taken aback when they discovered a pouch containing $2,500 in colorful Australian dollars (approximately $1,800 US) among the mud and slime inside the small safe.

A certificate and expired bank cards were also found inside, providing the magnet ‘fishermen’ with enough information to track down Rob Everett.

After contacting Rob to explain the incredible find, the generous couple paid him a visit last week at his Grantham business to return the stolen property.

“I was just amazed that they’d been able to track me down,” Rob said. “In this world, there are some really nice and good people. They could have kept the money and claimed that they tried to contact me.

After meeting the business owner, George was even offered a job. “If I ever want work-experience when I leave school, he said the offer is always open.”

Mr. Everett furthermore chose to give George a small token of appreciation.

“They wanted to return the contents and the goods to the rightful owners and I think that says a lot about humanity, to go to all that trouble.”

Ron realized the youth is a good mathematician after watching the video in which George performs a quick calculation on a stack of currency. “What’s good about it is, I run a wealth management company and… I’d love him to work for us.”

“There’s a big lesson there. It teaches George that doing good and being honest and giving back is actually more rewarding than taking.”

Although George began magnet fishing three years ago to look for treasure, his hobby has evolved to emphasize river pollution and the impact it can have on wildlife. On his popular YouTube channel Magnetic G, he regularly documents his discoveries.

“We’re doing a follow up video because we’ve got people hanging off the edges of their seats if you read through the comments,” Denise, George’s mother, stated.