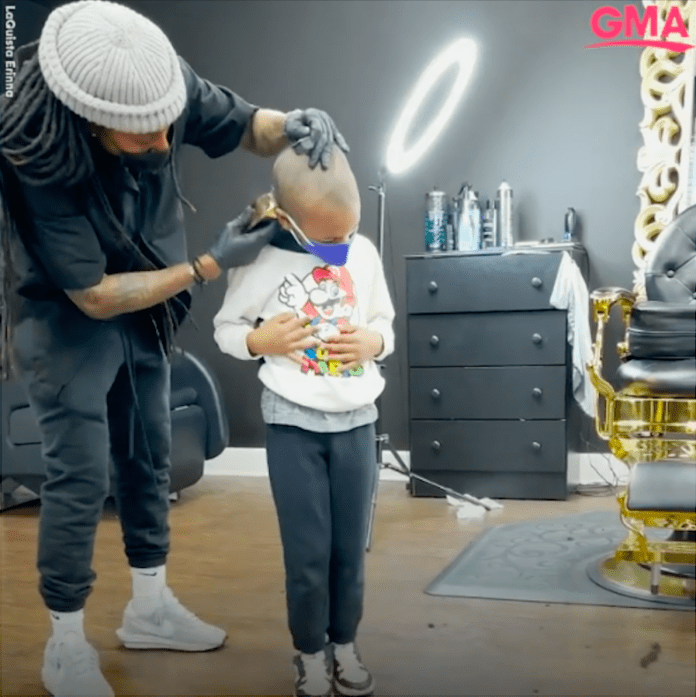 Ree the Barber, as known in her community, is being praised by a 6-year-old’s mother for turning a haircut into a game.

She went above and beyond with this approach to giving a 6-year-old client who has autism, Jackson, a haircut.

A video of Ree running around chasing Jackson to buzz his hair has more than 4.5 million likes on TikTok.

Jackson’s mother, Dr. LaQuista, wrote in the caption of the video, “When your kid is on the spectrum, people don’t want to be bothered. [Ree has] always been so patient and kind to Jack-Jack. Yesterday was an epic meltdown. I usually have to do some coaching to get him in the chair. He will put on his headphones, and we power through. Yesterday he forgot his headphones, and it went downhill fast. He refused to sit in the chair and just lost it.”

Since Jackson has problems with the noises that come from clippers and voices, Ree thought to make it a game. She noticed that Jackson had a Super Mario shirt and toy. She pretended that Mario was going to chase them if they didn’t run away from it. As they were moving, Ree would buzz Jackson’s head. This made it easier because Jackson was distracted from the haircut and focused on the game.

Ree said to “Good Morning America,” “The reason why we were running was because the Mario on the chair was going to come attack us if we didn’t run. I’m thinking if he’s running, if he’s moving, he’s not going to pay attention to me cutting his hair. I was trying to distract him.”

Jackson’s mother was extremely grateful for Ree cutting his hair and got this experience on tape.

“Something just told me to pick up my phone because I started getting choked up. I was like, ‘She’s really going the extra mile to make sure Jackson’s looking good.’ When you find someone who is just a breath of fresh air and accommodating, it really touches your heart. Ree is a gem,” Jackson’s mother said.

Ree mentioned, “We all deserve to be treated equally, we’re all one. I’m gonna give you my all. If I’m not giving you my all, we’re not done, it’s not complete.”

Jackson and his mother are excited about the next haircut.

She said, “She was kind to him, she nurtured that relationship. She always showed him the same level of respect and kindness and he started to trust her. I feel like we hit the lottery.”