GladWire
Awesome Little Boy Has Unexpected Reaction When His Mom Ate All His Candy,... 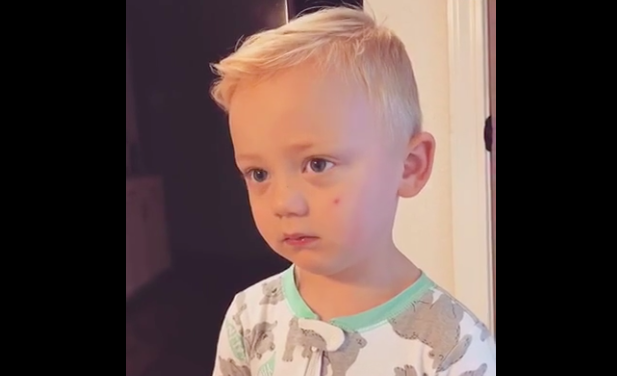 Children love their candy. They love the fact that it is sweet, sugary, and will make them bounce off the walls. When a little boy gets candy, all he wants to do is eat it. It consumes his brain and that is all he thinks about from the moment he gets it, to the moment he gets to eat it.

Many times if a parent says that their child has to wait to eat their candy, they get upset and tend to argue with their parents. Can you imagine what a little child would do if he/she found out all of the candy was gone? Most children would be upset and would be disappointed. They would beg and beg to have it back and often overreact to the situation. They would maybe throw a temper tantrum, ridicule the parent, argue, or yell.

When we think about a child getting his/her candy eaten by someone else, we never think of a happy result. But this little man had an unexpected reaction when he found out his mother ate all of his candy.

The video starts out with the 3 year old boy’s mom explaining why his candy is not anywhere to be found. She starts out by saying how hungry she got the previous night and needed something to eat. She told the boy that the only food she could find to eat was his candy. The little boy was not buying it and he told his mom that she was joking. Little did he know, she was not joking.

His mother then said that she was serious and explained her reasoning one more time for why she ate his candy. The boy looked confused as if he was trying to process the words that he was hearing from his mother. She then apologized for eating his candy and explained that his candy was the only food available. He walked over to the fridge, opened it, and cleverly said that she should have eaten the food in the fridge. She apologized again and he walked up to her. He unexpectedly said that he is not mad at her and it is okay.

This 3 year old boy had an adorable reaction to his mom eating all of his candy. He is so sweet and loves his mommy too much to get angry with her.