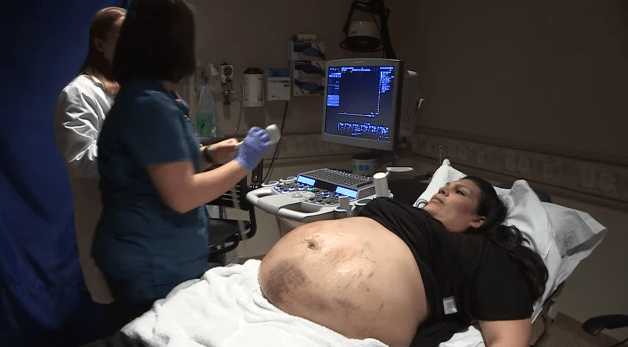 It’s not too often that a woman is found with tons of bruises on her stomach. In fact, if that’s found, there are normally intense investigations…especially if she is carrying a baby. However, bruising might not be normal for a baby for two, but how about FIVE! Guillermina and Fernando have just experience the miracle of Quintuplets.

Doctors were blown away, not by the babies, but by the parent’s calmness. While being trained in Obstetrical emergencies, we learned how dangerous multiple babies could be. With a wealth of issues to go wrong, it becomes a scary time for both the family and the doctors. However, with patience and faith, these two parents kept their heads.

The mother, 32-years-old, carried the babies for about 31 weeks. According to the video below, she suffered from Pre-eclampsia and high blood pressure. If you know anything about birth, you will notice that 31 weeks is still short of the normal growing period. This may seem like a negative thing, but the normal quintuplets are actually born three weeks earlier. The extra time the babies were allotted provided more time to grow sturdy lungs.

Guillermina went into labor in Salt Lake City. She was assisted and helped by eight doctors and a plethora of nurses. After a long session, five babies were born without a single problem. UofUHealthCare’s Youtube Channel says their names are: Esmeralda, Fatima, Marissa, Fernando and Jordan were brought life that day.

Watch this courageous mother below!