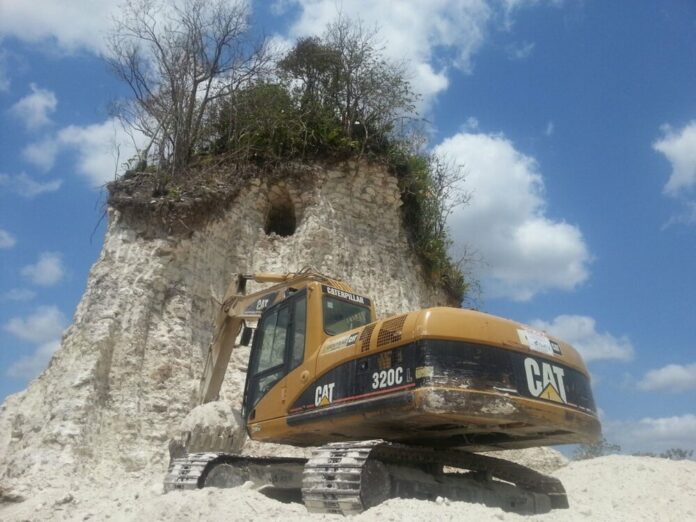 “It’s more important to preserve the Maya legacy,” says Mauricio Montalvo, owner of an industrial park that had to be postponed due to the discovery of a large Mayan settlement dating from around 600 CE.

There may have been 4,000 people living there at one time, as it is filled with plazas, pyramids, and a natural sinkhole known as a cenote, which is common in Mayan settlements.

Construction workers discovered the city, which has been given the temporary Maya name of “Xiol,” in the municipality of Kanasn, near Yucatan’s capital of Merida, in 2015, and work had to be halted while archeologists investigated.

According to Yucatan Magazine, it was not the “lost city” as some newspapers claimed; rather, it was visible from the highway. However, after excavations and restoration, it will be unveiled as a historic site later this year.

Excavators discovered a large central plaza surrounded by 12 restored buildings of living areas and workshops, as well as the foundations of another 76 under the area’s vegetation, spread across 51 acres. Two large buildings, one on each side of the plaza, are thought to be elite residences.

They also discovered a burial site with the remains of 15 people, as well as grave goods and an altar that they believe was used in ceremonies and rituals.

Cavers will begin exploring the cenote in the coming months, but they have no idea what they will find.

Because Maya settlements are typically built around these natural sinkholes, which are one of the few sources of fresh water on the Yucatan Peninsula, they serve as wells of discovery as well as water wells.

The bottoms of these eroded limestone features have yielded jape, copper, marble, obsidian, human remains, beads, and much more.

The Yucatan Peninsula is known as the Riviera Maya, and even as densely populated areas in neighboring countries such as Guatemala and Belize began to decline at an alarming rate, populations on the peninsula grew.

The reason for the abandonment of Maya habitation sites is still unknown, and historians have not ruled out extreme drought, warfare, or something less disastrous, such as changing trade patterns.