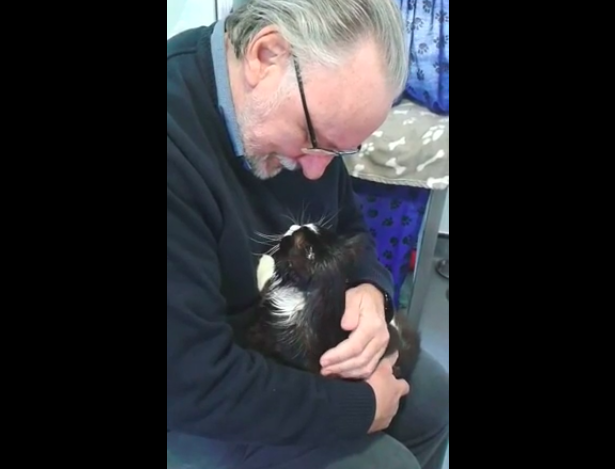 This video from the webpage Reddit shows Peter meeting his cat for the very first time. The pair met each other at the Battersea Dogs and Cats Home. This is an animal rescue center for cats and dogs that is based in London. The video is captioned, “The first time my dad met our cat at the shelter. Love at first sight.”

The video begins with the cat on Peter’s lap and his paws on peter’s chest. The man is cradling the cat in his arms. When Peter pulls his head up, that cat looks at him and reaches for his head, until Peter finally looks back at Batman.

The cat then lifted his head and appeared to kiss the man on the nose. “Oh how sweet,” said the woman taking the video.

The man held the cat tighter as the cat didn’t seem to want to leave. (I think that the cat liked peter very much). Batman continued to lean his paws on the man’s chest. The woman moved the camera closer to batman’s face and said that this cat is “different” from the other cats. “He’s loving the attention,” said the woman a little later.

It seems that Batman and Peter were meant to be together. A comment on the video said, “The cat has definitely chosen their person.”

Another comment said, “You do not choose the cat, the cat chooses you. They both look very happy.”

Another person commented that “This had me awing out loud in public three times before I noticed was making noise.”

This video has made me appreciate the love that animals have for people. I really do think that this pair was meant to be. To this day, Batman and Peter are still living with each other in London and are sharing so many more memories together.

The first time my dad met our cat at the shelter. Love at first sight! from aww 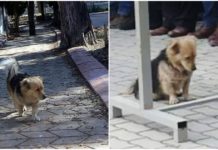 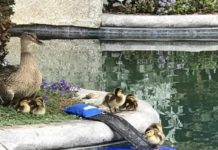 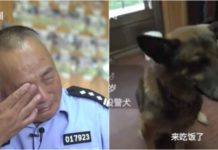 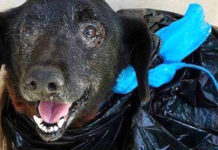 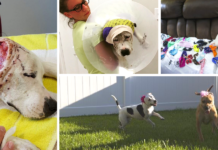 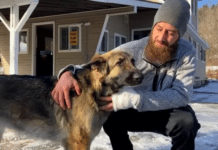 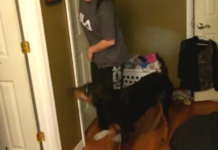