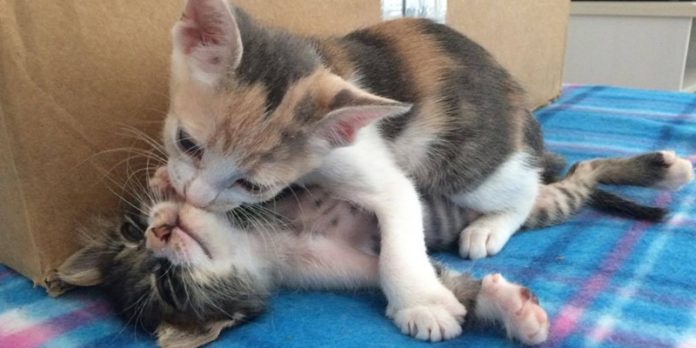 When animal rescuer Joan Bowell was on a call, she came across an old box tipped on its side. When she looked inside, she was shocked at what she found. Two kittens were resting in the box, tired and starving with no mother around to take care of them.

The kittens were obviously strays, and Joan was sure to search around to see if she could locate the kittens’ mother. “The temperature was well over 100 degrees F. that day and the baby kittens were panting from the heat,” Joan said. When she failed to find any other animals, she took the kittens home and cleaned them up. At first, they were nearly unresponsive but with a bit of love and care she had the kittens happy and meowing within 24 hours.

A week later, Joan returned to the same area to feed the colony of feral cats that lived where she found the kittens. As she walked by, she heard a noise coming from a small bamboo forest. The noise was unmistakable: a kitten crying. She approached the bamboo and what she saw broke her heart. 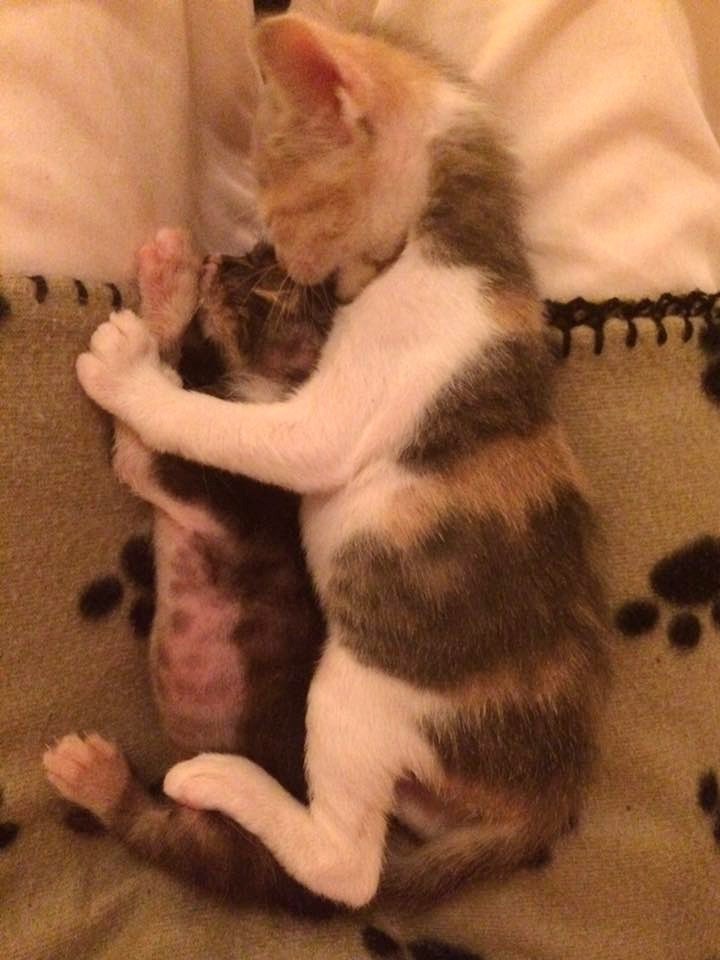 She found another kitten that looked to be the same pattern as the other two she had taken home last week. Unfortunately, there was a fourth kitten that didn’t make it. Once again, no mother was around to be found and this kitten was in horrible shape. Joan knew that if she didn’t act quickly, it would be too late.

When Joan got home, she quickly cleaned up the kitten. She wiped the gunk from his eyes and washed him down with a warm cloth. When he was placed back with his siblings Kaneli and Vanilla, they brought him in without hesitation. They embraced him, held him close, and gave him the affection he needed. 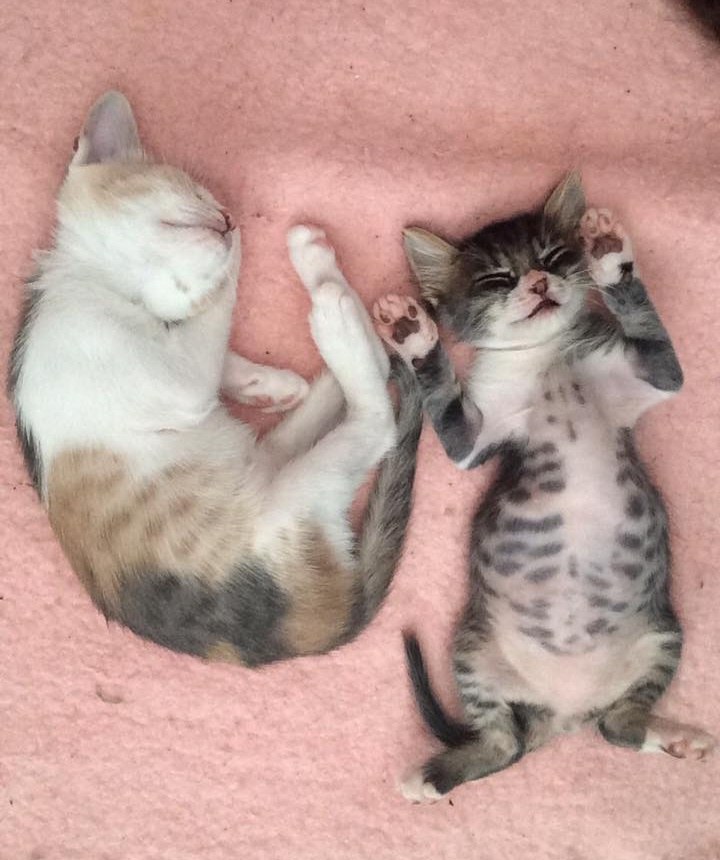 “Life surely wasn’t so grand for him… He was barely alive yet he used his last ounces of life force to cry for help. Within 14 hours his eyes have gone from being shut closed as if glued and to both eyes being open.” Said Joan.

“Chili drew immense strength, warmth, and comfort from the company of the two new sisters that he didn’t even know he had. The soothing company of Kaneli and Vanilla were as much a part of his survival.”

We hope you enjoy these pictures of the growth and revival of little Chili. Without the help of his sisters, he may have never made it. We are so happy that Chili was able to pull through and is now loving life.