GladWire
Animals Bear Cub Is Unable To Keep Up With His Momma And Siblings,... 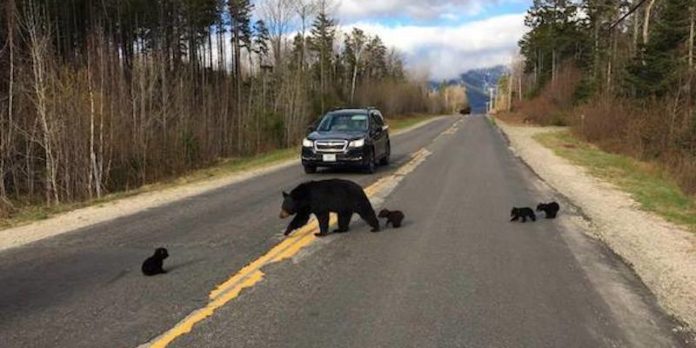 Whenever I see animals trying to cross the street, whether it be a dog, cat or even a squirrel, I always stop to make sure they cross safely. And it seems like an officer with the Town of Carroll Police Department in New Hampshire is the same way, after he stopped for this momma bear, pacing across the road. 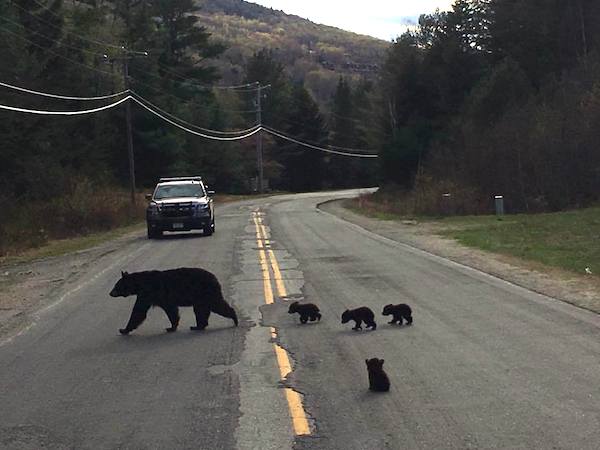 It seemed unusual to him, seeing a mother bear pacing across the street, with her cubs along with her. But then he noticed why. The one cub couldn’t keep up, and that’s when he noticed it was sick.

The momma bear tried hard to keep all four of her cubs with her, but the one baby just couldn’t do it. Eventually, just stopping in the middle of the road. 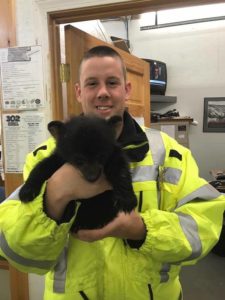 The momma bear then made the most difficult decision a mom can ever make. She left the cub all alone and continued her journey with her other babies. But the officer had been watching and knew that now was the time to intervene.

“After doing some bear traffic control we had to take one bear cub in for Fish and Game to be rehabilitated as it was too weak to keep up with its mom and siblings,” wrote the police department.

But it was later that same day, that they found another bear cub, the runt of the same litter, who had to be taken in as well as it was left behind too. 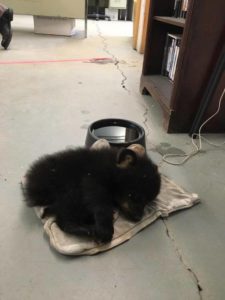 “This is the mother that had five cubs out in Bretton Woods, another cub [the runt of the litter] had to be picked up yesterday as well. This leaves her with three other very healthy cubs that she can now focus on and take care of. The other two will be rehabilitated and returned to the wild when they are stronger,” said the police department.

This officer who saved the baby cubs knew exactly what he was doing, and it is truly remarkable that he was able to save them, without getting himself into harm.

If you are thankful that this officer saved the little cubs from being hurt, or worse, SHARE this post, and spread the news of this officer’s good deed!