GladWire
Animals Woman Stops To Take Photo Of A Moose, When She Sees Leg... 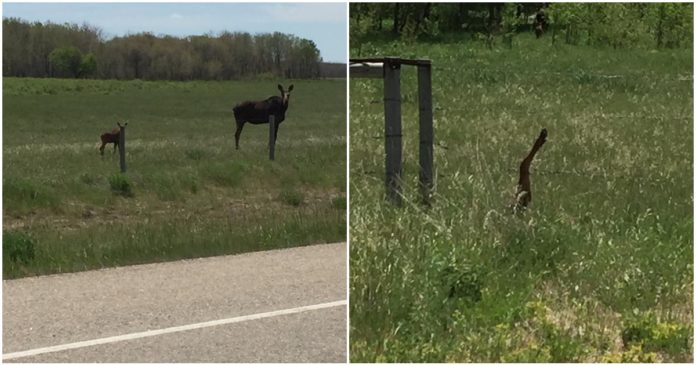 It is not uncommon for people to stop and check out some wildlife when they see it. This woman stopped her car and decided she wanted to get some up-close pictures of a moose and her calf, and when she realized that there was something else behind the two, she couldn’t believe what she was seeing.

As Jodean Howie stepped out of her car, she made her way to the side of the road. She put her eye up to the camera, and then suddenly was distracted by a noise that was coming from the tall grass. She looked around, trying to locate the source of the strange sound but she could not. That’s when she noticed something skinny and brown sticking up from the ground.

At first, Howie thought it was a branch, but the branch soon began to move and she realized it was a leg. As the family of moose were crossing across the field, they all had to jump over a barbed wire fence. The other two animals had made it across the wire without any sort of issue, but the second baby was not nearly as lucky. 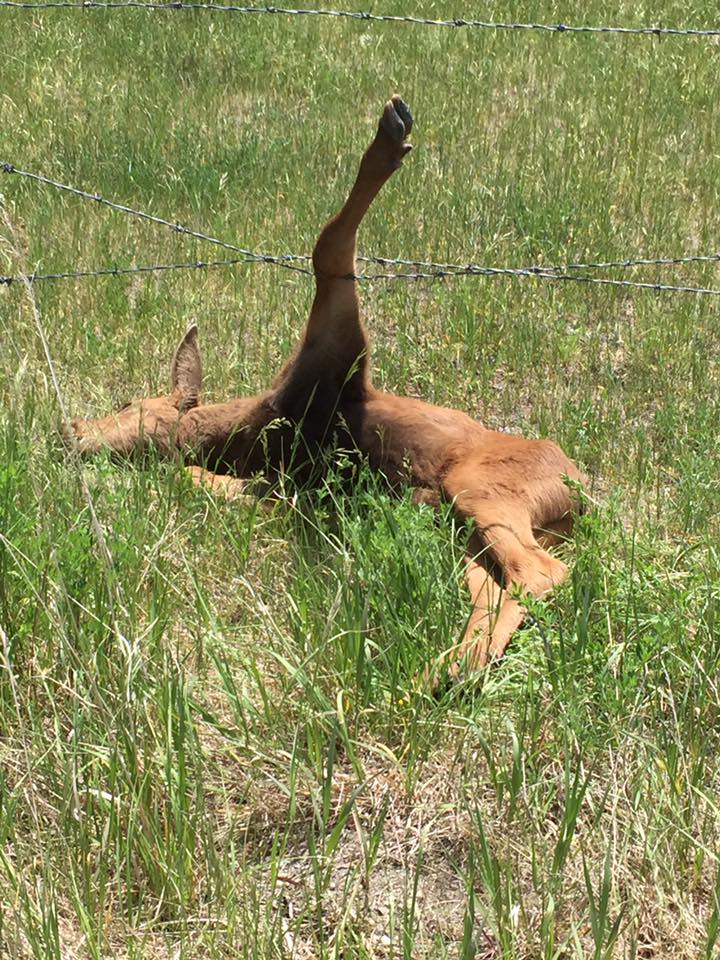 With its leg twisted and tangled in the wire, it was rendered helpless. Carefully, Jodean approached the helpless animal being sure to keep an eye on its very protective mother. At any moment, she could become agitated and rush at her, injuring her severely. Surprisingly, the mother remained calm as if she knew the woman was only there to help in any way that she could. She noticed that the wire was too tight for her to be able to lift the calf to safety, so another route had to be taken.

She then had a brilliant idea. The wire was attached to a gate, and this gate could be shifted to loosen the wire. She approached the gate, removed it from its fitting, and loosened the tension on the barbed wire. The calf then easily slipped away from its trap and flopped onto its feet. It had not sustained any severe injury, and was able to get right up and run to its others side.

Without the quick thinking and brave actions of this woman, the baby may never have been able to get loose. If it had eventually gotten away, its mother could have been long gone and it may not have survived. Jodean was certainly in the right place at the right time, and her clever instinct to move the gate was the reason that this story was closed with a happy ending. Thank you, Miss Howie! Your actions deserve to be shared with the world!