GladWire
Awesome Woman Has Wedding After Son Tragically Dies. Then He Shows Up, Leaving... 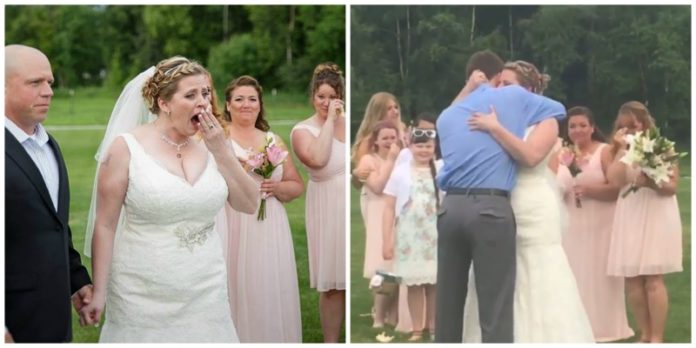 It was finally the day. The day every woman waits for. Their wedding day. Becky Turney was so excited to walk down the aisle to her fiancé Kelly Turney. But there was just one thing missing. Her son Triston Green.

Triston had passed away at the young age of 19 just nearly 2 years ago. It was hard, and all she wanted was for him to be there with her. Little did she know that a part of him would be.

Becky had talked about reserving a chair in memory of him a while before the wedding. But the talk of this gave Kelly an idea. Why not bring a part of Triston to the wedding?

And that was when Kelly got into contact with Jacob Kilby, the young man who received Triston’s heart. Kelly secretly flew him to Alaska from San Diego, and kept him hidden until the big day.

It took months of planning, and even some trickery to keep Jacob hidden. And it was finally time for him to be introduced as Kelly’s 6th groomsman. 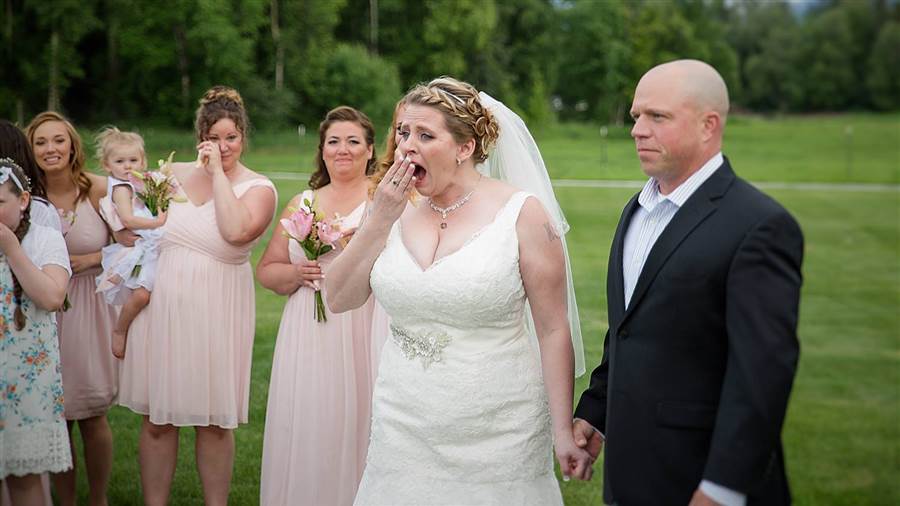 Kilby received a heart transplant that saved his life and that heart belonged to Triston. Becky and Jacob had been in contact on various occasions, but they never actually met in person. So when he appeared at the wedding, Becky couldn’t control her excitement.

“I lost my mind. I squealed like a little girl. I jumped up and down. It was incredible,” said Becky.

Becky was in tears. She couldn’t believe that he was there to share the special day with her. It was exactly what she needed. She felt like Triston was there with her, and it just made everything better. And the pictures captured the moment perfectly! 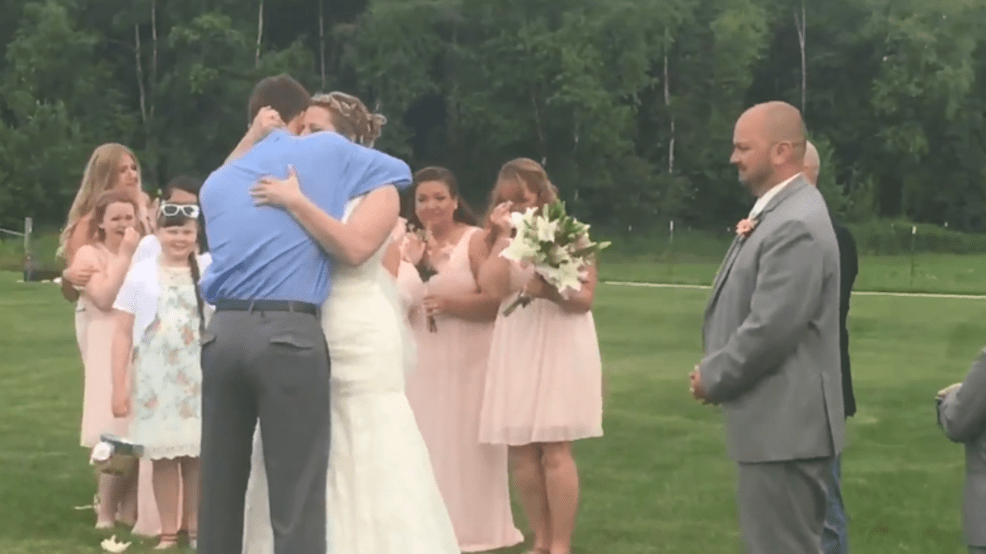 “There really are no words, and that’s the coolest part because the pictures, they say it all,” said Becky.

She was even more surprised that her new husband was able to pull it off because she said that “I’m the girl who secretly unwraps all the Christmas presents under the tree and puts them back. So for him to pull this off was just incredible.”

And as for Kelly, he got yelled at quite a bit for messing up people’s makeup, because there was not one dry eye after the reunion. 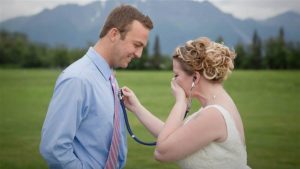 And no one could stop the tears from flowing once Becky got a stethoscope, and listened to Jacob’s heart. It was just a touching moment, one that neither one will ever forget.

We are so thankful that Kelly was able to keep this a secret for so long, and that everything worked out the way it was supposed to. 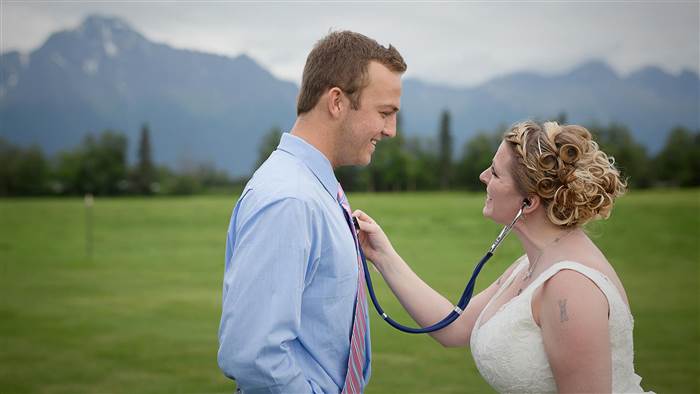 If you are GLAD that everything worked out, and that Jacob was able to be at the wedding to surprise Becky in the most heartwarming way, SHARE this post!