GladWire
Awesome After Watching His Best Friend Suffer In The Hospital One Teenager Couldn’t... 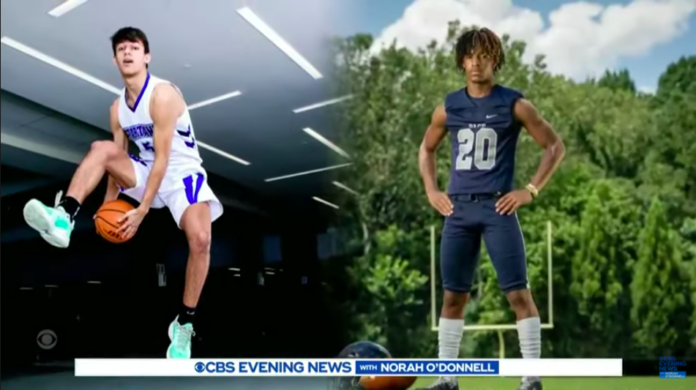 Marcos San Miguel and Jordan Sloan, best friends since sixth grade, have figured out exactly how strong their bond is over the last 18 months.

The two connected over sports. San Miguel plays on the basketball team and Jordan Sloan plays on the football team, both are amazing at what they do.

I’m September of 2020, Sloan was rushed to the hospital from a head injury during a football game. He was placed on a ventilator.

He suffered brain-stem trauma, which is a brain injury that can be “life-threatening” and cause paralysis, comas, and sometimes death. The treatment for this injury is not cheap.

“It was very unsettling to hear that my best friend may not survive,” San Miguel said.

Ever since the accident, Sloan has been working to regain his mobility and strength.

San Miguel said that he and Sloan had known each other since they were in sixth grade after they met through playing basketball. The two still remained close to each other even though they both went to separate high schools. They both did very well at their sports. San Miguel became captain of the basketball team and Sloan became known as a stand-out in football.

San Miguel said that he has been trying to provide his friend with extra help as Sloan is trying to regain his mobility.

San Miguel said, “I just want to show Jordan that I’m supporting him and playing for him.”

San Miguel began taking pledges for every charge he makes during a game so that he could help give Sloan’s family the necessary money to help pay for Sloan’s surgery and insurance.

Sloan’s mother is grateful for the help that San Miguel is giving. She said she doesn’t know “if I will ever be able to really thank him. I will try for the rest of my life.”