GladWire
Bad To Great ‘By The Grace Of God’ Pilot’s Quick Thinking Avoids Disaster During ‘Amazing’... 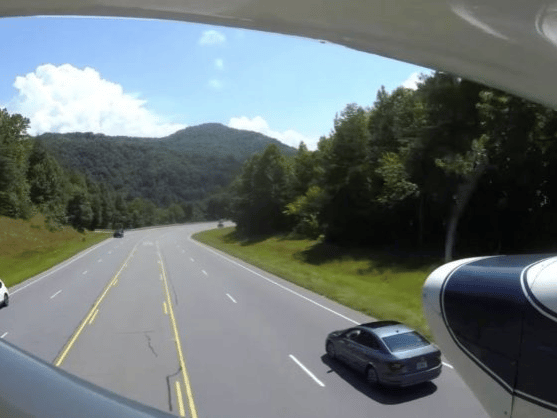 On a North Carolina highway early on Sunday morning, a single-engine pilot made an emergency landing.

According to WLOS-TV, Vincent Fraser was in the air with his father-in-law when the plane’s engine started to malfunction.

“I would go through my checklist and I was able to get the aircraft to restart and kind of fly a little bit, but she would only fly for about three to five seconds, and then she would come back down and start to sink again,” Fraser said.

Fraser made a quick decision to make an emergency landing and moved toward the highway to land.

“By the grace of God, I looked to my left, and you couldn’t see it before because, you know, it’s just all valleys and mountains, but there’s a road … just right there, perfectly lined up,” he said.

Sheriff Curtis Cochran of Swain County uploaded the video on his Facebook page, calling it “AMAZING.” 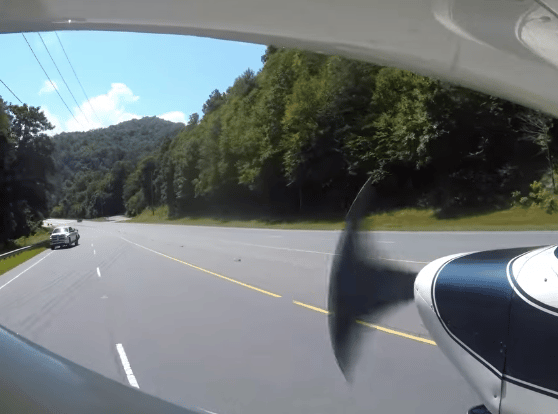 The video shows Fraser safely bringing the aircraft to a stop while avoiding power lines and approaching vehicles.

“What an OUTSTANDING job and no injuries,” Cochran wrote in the Facebook post. “There were so many things that could have been catastrophic but they didn’t happen.”

“We have had plane crashes in Swain prior to this but I don’t remember an emergency landing ever happening,” Cochran wrote in another Facebook post.

“This pilot did an outstanding job not only landing safely on a busy 4 lane on a holiday weekend but he kept his composure and safely guided the plane off the 4 lane to a safe spot that did not interfere with traffic,” the sheriff said.

Videos supplied by the sheriff’s office revealed that there were no casualties, the plane was unharmed, and it was able to take off from a highway after being pulled by a vehicle.

This week, Fraser returned to his Florida home, according to WLOS.

According to the station, he obtained his private pilot’s license in October and has racked up roughly 100 flying hours.

See this incredible video below.