GladWire
Animals Vets Know Tiny Puppy Desperately Needs Help, So They Do Everything They... 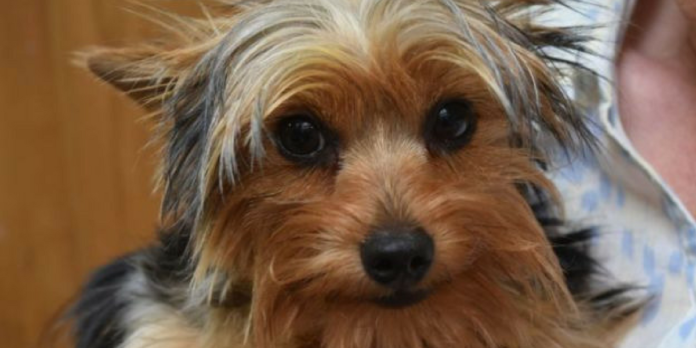 Life did not start out easily for one little puppy Lowestoft, Suffolk. But he proved himself to be quite a little trooper!

This little Yorkshire Terrier’s name is Jago and was diagnosed with a heart valve defect at only 7-weeks old. That’s like a toddler in dog years!

Puppy The prospects seemed a bit rocky for Jago because he was so small. Vets had never done this corrective surgery on such a tiny patient.

Weighing only 3lbs at the time of his diagnosis, they decided that it would be better to wait until Jago had grown to weigh at least 5lbs. It made them feel a bit better, but regardless he was going to be their smallest patient ever for this particular surgery.

By waiting until he weighed more it gave him a slightly better chance because he would have a chance to gain some strength. Even if it was only a little bit.

Doesn’t sound like it should take too long right?

Well, it actually took this pup until he was about 6 months old before he was finally big enough to accomplish his goal weight! He had to really stick it out long enough to make it. The most difficult part was the fact that the specialists were not giving him good odds.

Jon Wray, head of cardiology at the specialist center, said Jago was in the “lower limit of feasibility.” Others used certain words to describe the situation such as “precarious” and some said that the prognosis was “poor.”

However, none of this seemed to affect the pups determination because he made it to his goal weight and his miracle surgery!

If this worked he would have a whole life ahead of him and that was all his owners wanted for him! A spokeswoman for veterinarians at Dick White Referrals explained that the owners, Jennifer Daniels and Melita Chynoweth, were “devastated at the prospect of losing their beloved pet at such a very young age.”

At the very least they needed to try their best to save little Jago! He was worth it!

Unfortunately, operations like this are not cheap. But these two determined owners were willing to fork out the cash! Even though it was going to run them about £3,600, or about $4,736 in US dollars. They considered that a small price to pay for such a valuable little companion!

When Jago had finally reached his goal weight of 5lbs, the specialists went ahead with the complicated surgery. The plan was to insert a balloon catheter and inflate it. The valve was malformed and caused pressure on his little heart. The balloon would help to relieve this pressure and in turn save the pup. Without that stress on his heart, he would be a normal puppy again!

The surgery took a painstaking 90 minutes in total. But it was worth every careful second.

The surgery had been successful!

Between the love and funding of his beloved owners and the caring staff at Dick White Referrals, Jago had a shot at a long and happy life! 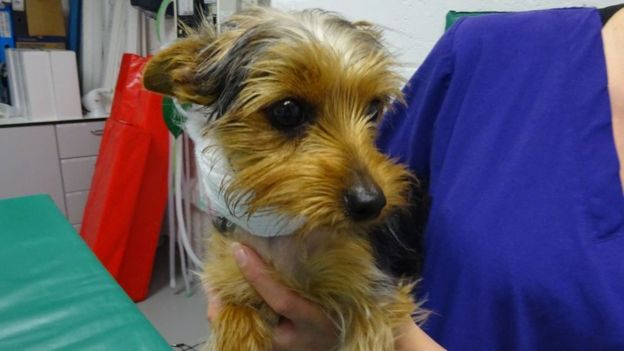 Jago was certainly a little trooper and it really shows you that a little bit of love can go a long way. It is great to hear that this puppy was with a family who was able to provide for him in the way he needed. Not everyone is willing and able to provide that kind of care and he was very fortunate!

If this puppy found his way into your heart feel free to share!