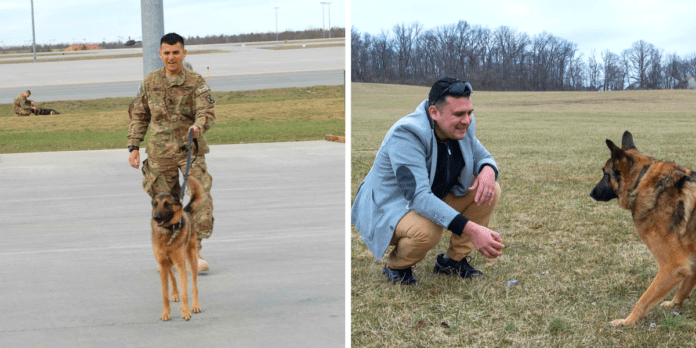 It is almost inevitable that while in service, a veteran and his military dog will develop a close relationship. Sometimes, an extension of this relationship happens when the vet adopts the dog. This, however, was not the case for Julio Muñoz.

In an unfortunate turn of events, after his tour in Afghanistan, he was unable to adopt his friend. Two employees of Pentagon secretly made arrangements, and the dogs were instead offloaded to civilians, including Ben, Julio’s partner. This as you can imagine, proved to be quite devastating, both for the dog and his partner.

Kim Scarborough, 52, was, however, blessed with the responsibility of caring for Ben. In a twist of fate, she discovered Julio’s name on his deployment papers and decided to contact him. With a pure heart, she notes that the handler of the dog deserved to have him, no matter what. As you would expect, Julio was ecstatic when he saw Ben. He did not want to say that he wanted to take the dog home because he saw his new home as a happy place for him. In his mind, Ben was more comfortable with his new owner and taking him from Kim would not be in his best interest. 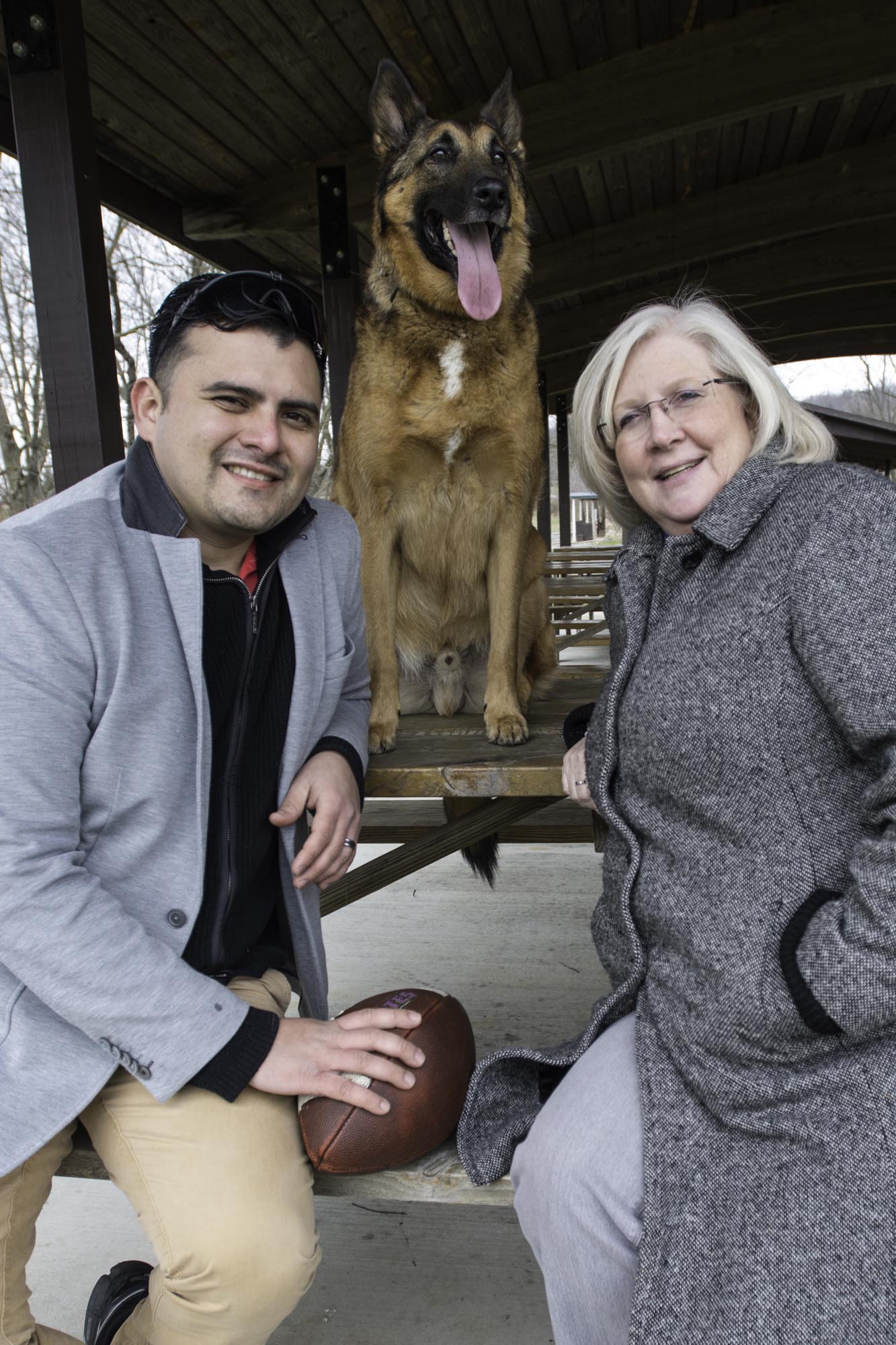 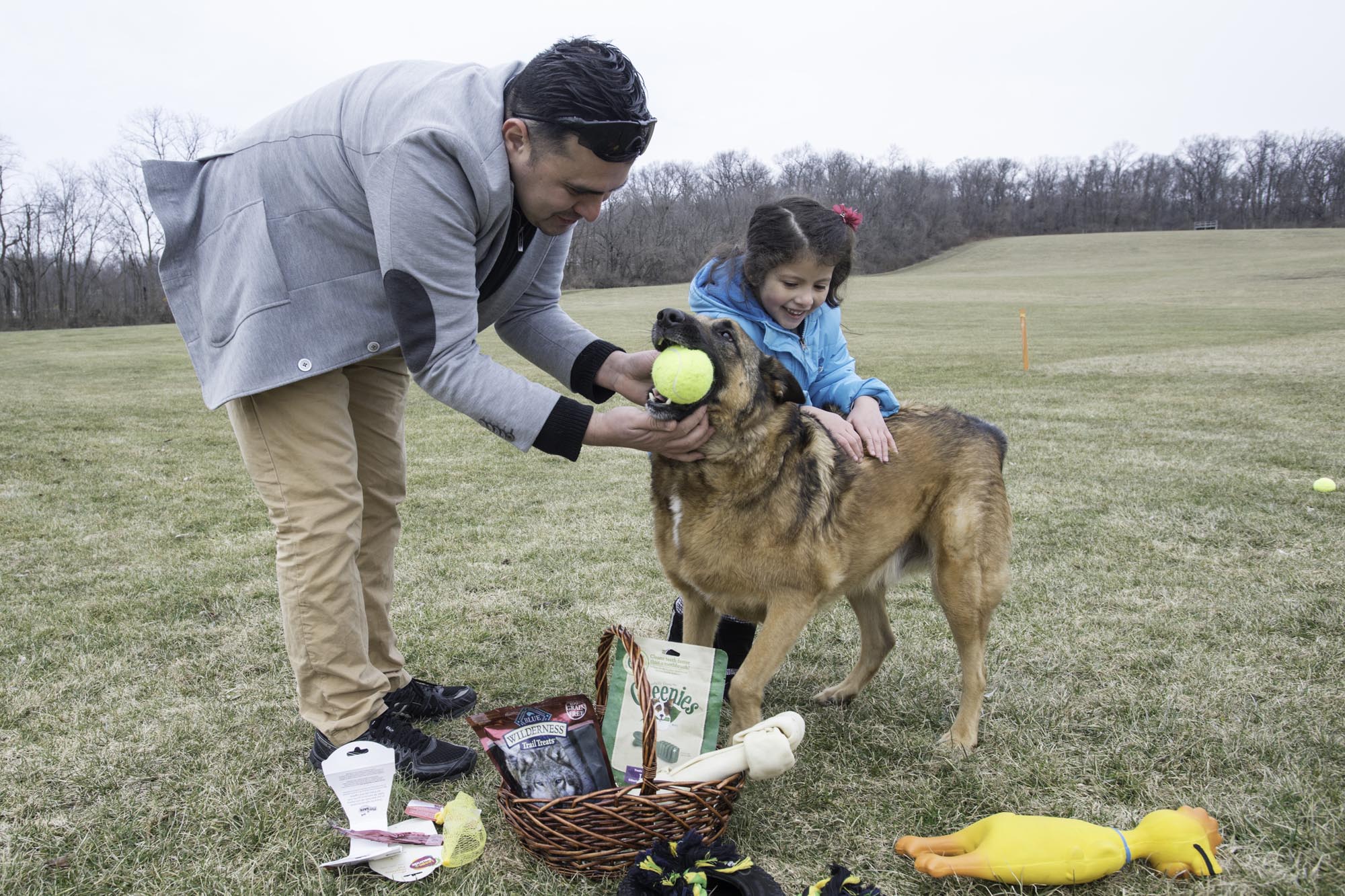 He told the New York Post, “I wouldn’t want to ruin that for him. He’s already been through so much”.

This is understandable as often, while in combat, veterans pass through difficult and trying situations which they find hard to discuss when back. Julio, however, gathered courage and cited an instance when he had to leash Ben after they made contact with dangerous people. He did this to keep the dog safe. After tying him, he proceeded back to the hole to start shooting. Ben could not hold back. He chewed through his leash and went and lay next to his handler. This was a traumatic event, and definitely, anybody with a good heart would only want the best for such a faithful dog.

When the dog and his old partner met, both were elated to see each other. Kim watched as Julio and his two children had fun with the dog, playing together and making merry. She could not hold back and decided to tell him to take Ben home with him. Such a kind act of compassion restores faith in humanity.

“I didn’t go to war with him. It’s different” said Scarborough.

Well, it is now safe to say that no distance or amount of time can break the bond between a handler and his faithful partner, a military dog. The ability of one woman to sift through the needs of a dog and restore him to his happiness is for sure an act of compassion. We hope that Ben continues to have a happy life with Julio as the two were made for each other. To get separated and meet again after the war is truly the definition of intertwined destinies.

If this story warms your heart, please SHARE with your friends and family! Also, watch the video below to see the overwhelming reaction of a police officer and K9 doggie when they were reunited, below.