GladWire
Awesome Her Husband Left Her In The Hospital But Then She Unexpectedly Finds... 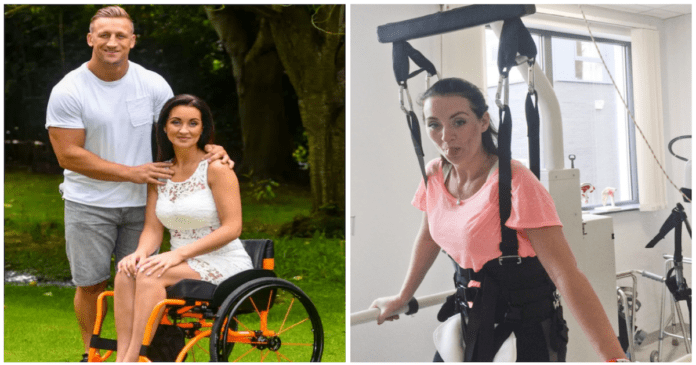 Already facing tragedy, more pain was added when this woman’s husband of 14 years left her after she became paralyzed. After so much heartbreak, Riona Kelly is learning to be happy and love again.

Riona suffered a spinal stroke that caused her to lose her ability to walk again which was enough for her husband to run off. Luckily, Riona met a hunky personal trainer who quickly became her new boyfriend.

In March of 2015, Riona, 37, was rushed to the hospital after she had suffered a spinal stroke that left her paralyzed from the waist down. After only 5 days in the hospital, post stroke, Riona’s husband called it quits on their marriage.

To make matters worse, not only was her husband choosing to leave her, but he also was walking out on their five children, Nara, 16, Caleb, 11, Izabela, 9, and Logan and Kalania, the youngests at 5.

Kelly explained, “After my husband left me in the hospital, my friend, Sarah, became my next of kin, it was her and the children that supported me during my recovery.”

Kelly suspects that her injury was just the breaking point in their marriage. “Looking back I was miserable in my marriage, but we had built a life together and had responsibilities.”

Despite their troubles, Riona said, “It was the time I needed my husband the most.” After a life altering injury like Riona’s, a solid support system is one of the most important things to the recovery stage.

After the six week mark, things were looking pretty dismal as far as Riona’s recovery. She was still unable to move her legs and her doctors told her she might never walk again. They explained to her that a car accident 18 months prior could have caused damage to her spine.

As you might imagine, adjusting to life in a wheelchair as a mother would be difficult but not having her husband by her side was just another added obstacle.

Being paralyzed and trying to overcome all the things thrown at her, Riona began to fall into a depression. She said, “The first time I went out in a wheelchair I thought everyone was looking at me, I hated it and hated myself.” Adding, “If someone had given me the choice I would have ended my life, I didn’t want to live anymore.” 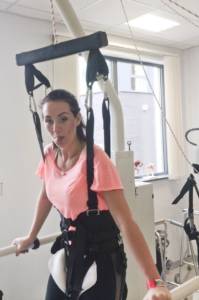 Not giving up quite yet and after hours and hours of physiotherapy, Riona was finally able to take her first steps with the assistance of the parallel bar. Talking about the huge first accomplishment Riona said, “I was dragging my body and I had no feeling in my legs but I didn’t care, I was walking and that’s all that mattered.”

She continued to explain, “My consultant was very emotional, he couldn’t believe I had done it with the help of a standing frame.”

“Every day I built up my strength and after four months in the hospital I was finally allowed to go home.”

“It took me 25 minutes to get up 16 steps, and the same time to come back down again, but I was determined to do it for my children.”

After spending so much time in physiotherapy, Riona couldn’t help falling head-over-heels for her charming personal trainer, Keith Mason. 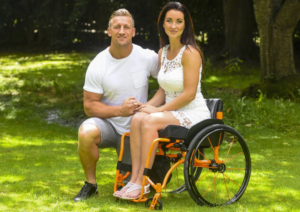 “After our session, Keith and I stayed in contact, he would ask me how I was getting on and our relationship blossomed from there.”

The couple has been dating now for just short of a year and Riona explains that her children all really love Keith. She says, “I finally feel like I’m living the life I deserve.”

Riona can now walk without assistance and has even completed two marathons with the help of her wheelchair! She said, “I now only need my wheelchair to go long distances but my home hasn’t been adapted so I try not to use it.” 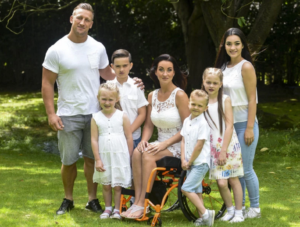 Feeling more thankful than ever, Riona says her injury and everything she had been through “was the best thing to ever happen” to her. She said, “I’m now back in the gym, and with Keith’s help I’m getting better and stronger than ever.”

If you think it’s sweet that Riona is expected to recover and has gotten her fairytale, please SHARE this story!