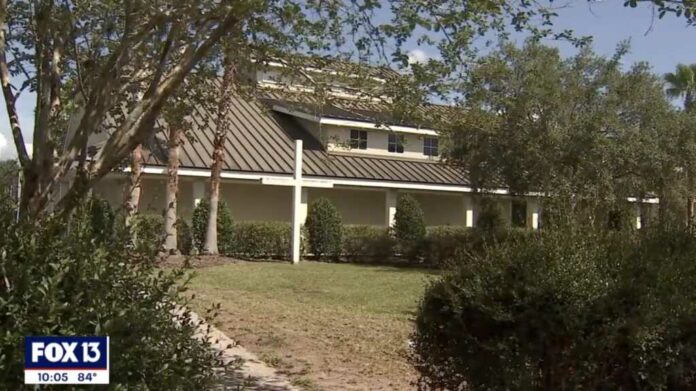 A Florida mother is being praised for saving two children who were scared that they were being abducted after acting on a terrible instinct that prompted her to take action.

The unidentified hero told WTVT-TV that when she saw two 12-year-old kids riding bikes behind an older guy, something didn’t feel quite right.

Police claim that when the children exited a restaurant, the defendant, 37-year-old David Daniels, informed the girls he would walk with them on their way home. However, the brave mother said that one of the little girls mouthed to her for assistance as she stood outside a neighboring church.

“One of the little girls was mouthing to me, ‘Please help me, this is not my dad,’” the woman said.

She acted as soon as she realized anything was wrong.

Instead of freaking out, the woman apparently spoke with Daniels, who at one point is accused of repeatedly hitting one of the kids in the head, and she invited the girls into the place of worship.

“I engaged in conversation with him,” she told WTVT-TV.

The mom reportedly contacted 911 to save the kids, who thought they were being abducted. She is now receiving a lot of attention for her good deeds, but she is not interested in praise.

“I don’t want any recognition for this. I don’t want to be a hero,” she said. “I just did what I hope anybody would do for my own kids.”

Although she said she had a great deal of doubt while attempting to assist the girls, she said she hopes that sharing her story will encourage others to stay vigilant.

“In that moment, I didn’t know if I was going to have the right answer,” she said. “But they’re fine. And they’re home today.”

Child abuse and false imprisonment of a child claims have been made against Daniels. As to Fox News, he is being held under a $104,000 bail.