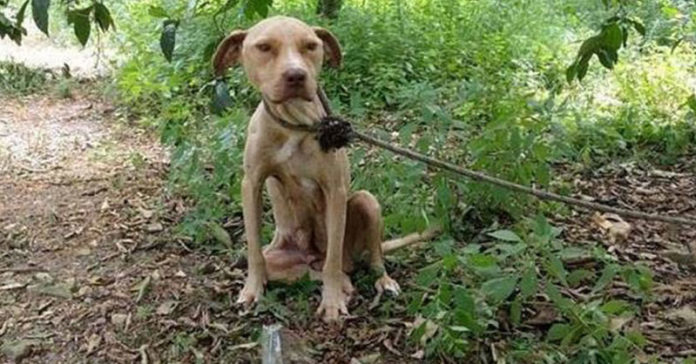 Pit Bulls often have a bad rep when it comes to dog breeds. They are often known to be the fighters of the club; the leader in the ring, due to their small but muscled stature.

But what they are even more known for? Their big hearts. They will cuddle and kiss you to death and can be the best dogs ever.

They are lovable and loyal until their last day. Sadly for this Pit Bull pup, she wasn’t able to have that opportunity with her owner. Lara, a Pit Bull from Nafplio, Greece was left for dead.

Sadly for this Pit Bull pup, she wasn’t able to have that opportunity with her owner. Lara, a Pit Bull from Nafplio, Greece was left for dead. 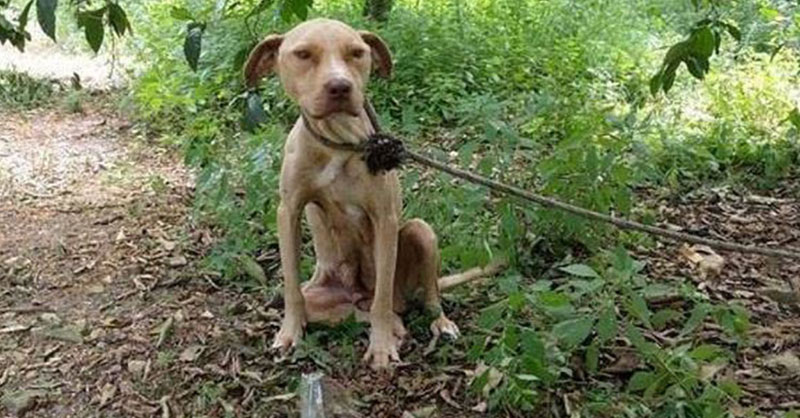 Not only did Lara’s owner leave the dog in the middle of nowhere, the owner tied her to a tree with no food and no water. Alone and afraid, this lovable pup was left to fend for herself.

What’s even sadder… Townspeople knew about Lara being tied to the tree in the middle of the forest, but because of her breed, no one wanted to acknowledge her. No one had the heart to rescue her.

No one knows how long this precious pup was left for dead and no one knows if her owner was aware or not, but Lara was pregnant. Afraid and suffering in the woods, unable to go anywhere, she gave birth to four sweet puppies. 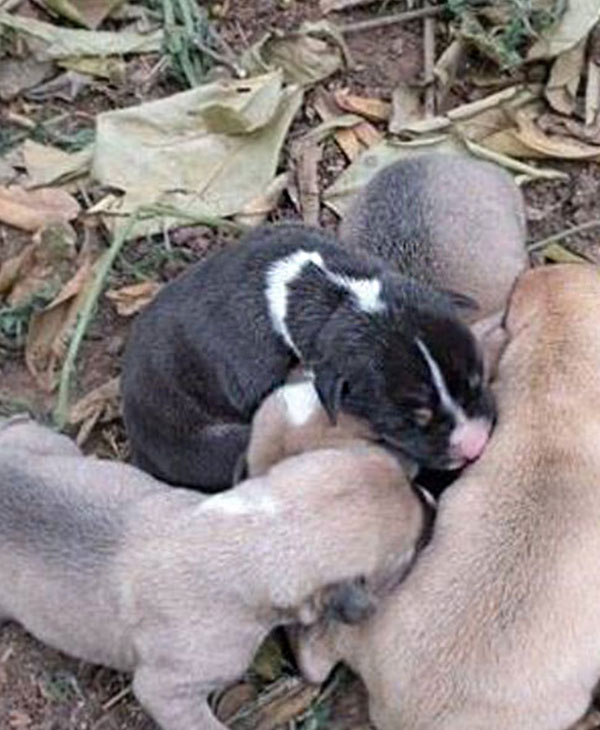 Without proper nourishment, Lara fed and cared for her puppies for 10 long, excruciating days until her savior found her. While no one in the village wanted to directly care for Lara, someone reported her to animal control, making them aware that there was a dog tied up in the woods, suffering.

While no one in the village wanted to directly care for Lara, someone reported her to animal control, making them aware that there was a dog tied up in the woods, that was suffering.

As soon as rescuers came to find Lara, they were met with a malnourished, extremely dehydrated dog. But they were even more shocked to see these small bundles of joy that she had been protecting, loving, and nourishing. 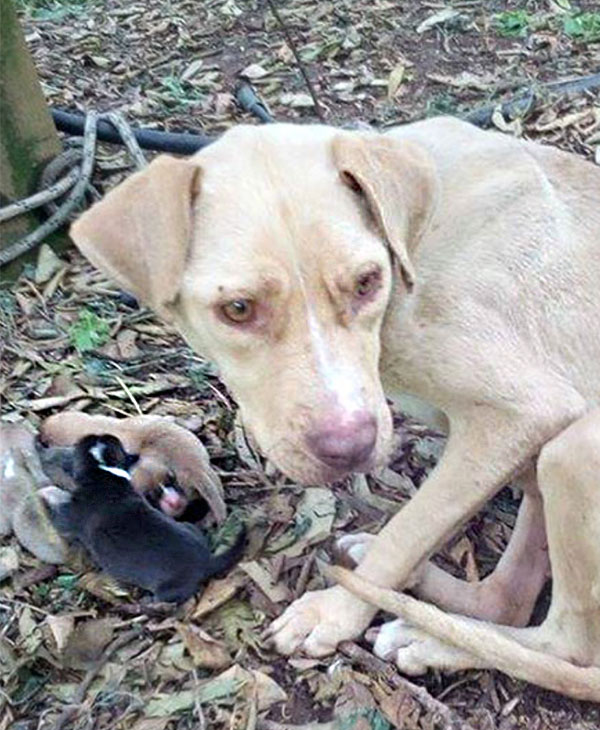 These five dogs endured so much over the course of ten days, but unfortunately, the smallest pup of the bunch didn’t make it. To the other three, their mom was their hero.

The rescue team didn’t waste any time acting as a hero to Lara as she desperately needed it and so did her babies. They contacted one of their foster homes to take Lara and her puppies. Linda, of The Orphan Pet, came to Lara’s rescue and she took the four lovable pups in too.

The beginning of their journey together wasn’t pleasant though. Lara was scared and mistrustful of her new owner. So much so that she wouldn’t even eat.

Once Lara understood that Linda was there to help and come to her rescue, she began to relax and slip into the traditional role of being a lovable and loyal pup. 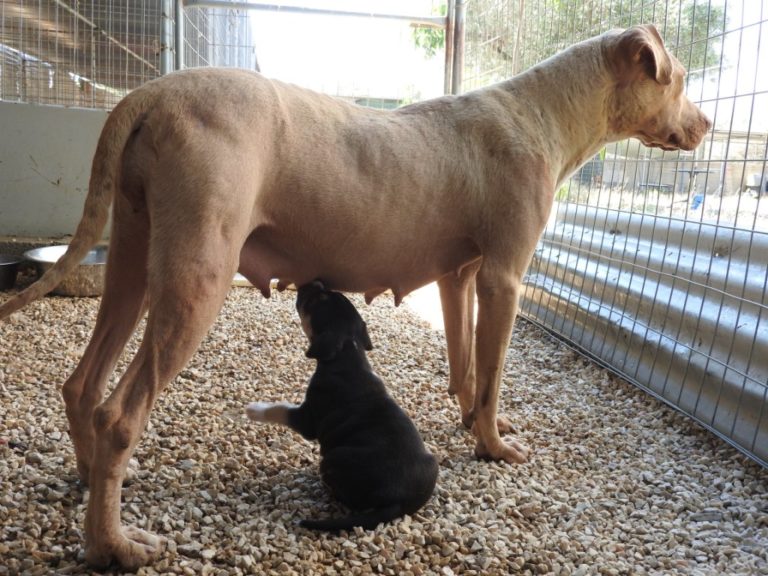 If you admire Lara for guarding her pups in the conditions that she endured and are glad Linda had a big heart to save her, like and SHARE this with your family and friends!