GladWire
Animals A Pregnant Elephant Had A Different Plan For Commuters Trying To Get... 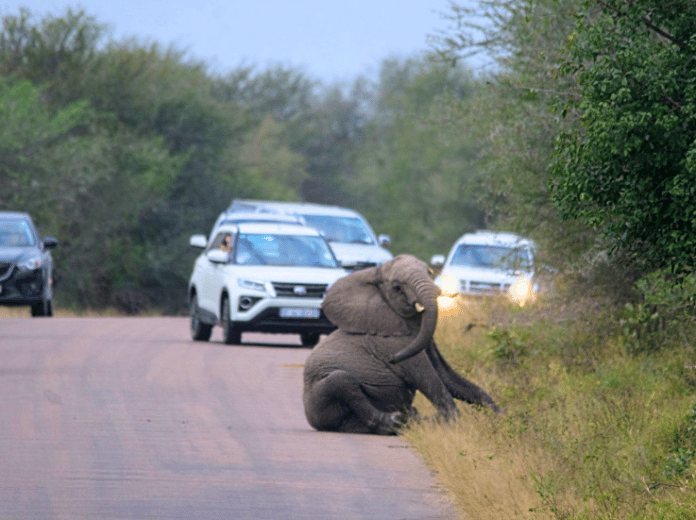 A heavily pregnant elephant was seen on tape creating a major traffic jam by stopping in the middle of the road for an hour to nap.

The expectant mother-to-be lumbered toward automobiles with her ears spread as if demanding that drivers slow down before squatting down on the pavement to rest her growing belly.

The pregnant creature woke up from her nap, staggered to her feet, and made her way back into the thick grass, clearing the way for cars to pass. 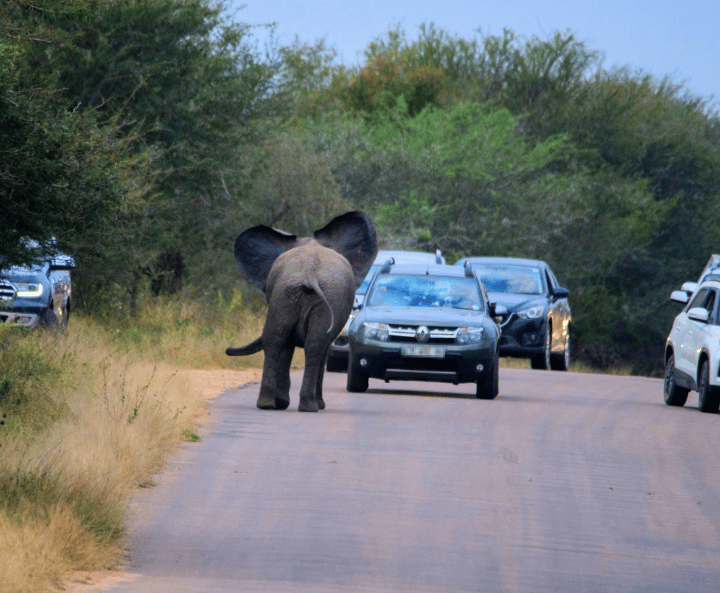 Karin Van Zyl, a tourist from South Africa, took incredible pictures on the H4-1 road close to Lower Sabie on her way back after a day of sightseeing in Kruger National Park on June 21.

Karin, from Pretoria, South Africa, said, “From where we were stood we saw an elephant charging one of the cars. We know young elephant bulls do that but this Ellie’s [elephant’s] behavior was very strange. We felt sad and sorry for it because we didn’t know if it was in pain or what the problem was. I felt concerned when I saw it lying at the side of the road and struggling to get back on its feet again – it looked as if it was in pain. One of the cars in front took a video and was advised by the veterinary services that this elephant was in fact a ‘she’ and not a ‘he.'”

“They said she was pregnant and that such displays often precede giving birth. We all felt better because we didn’t know what was causing that strange behavior.”‘ 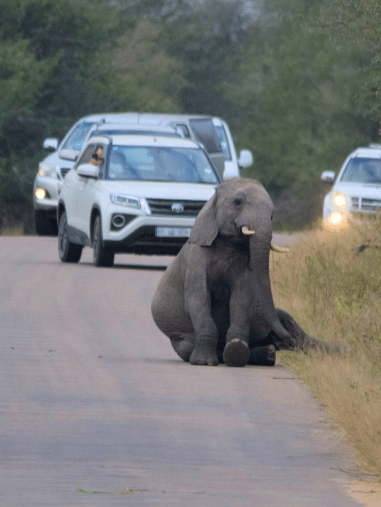 The 49-year-old housewife claimed they kept their distance and after waiting for an hour were eventually allowed to drive through. She was out with their daughter Nelmarie, mother Nellie Louw, and sister Liana Bester.

Karin said, “I’ve seen a lot of elephants before and I’m always amazed by them, but we keep our distance. They are gentle giants and we must respect them. Nature can sometimes be cruel but that is nature – we must respect it even though it’s not always nice to see. That’s why I love to photograph wildlife – there’s always something interesting to see.”