GladWire
Awesome Never Give Up! Bullied 12 Year Old Boy Sticks With His Passion... 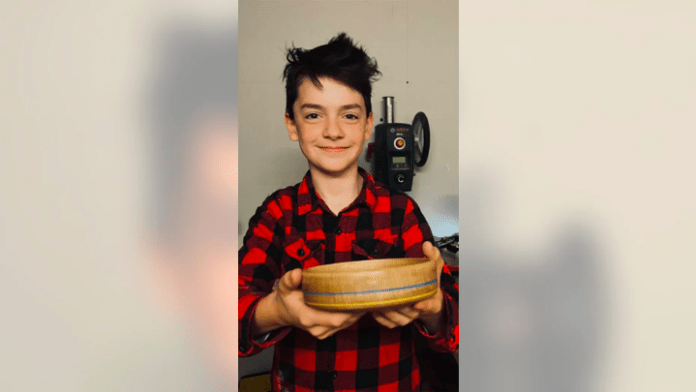 After a 12-year-old’s dad reached out to Twitter for support, his son went viral.

Gabriel Clark, a 12-year-old boy from Cumbria, England, has been working with wood since he was just 4-years-old. His father, Richard Clark, who is a film director, told Fox News about the situation.

Gabriel, who is in the middle of his first year in secondary school, has been wanting a mountain bike in addition to the bike he already has.

Richard Clark said that Gabriel will have to figure out a way to earn the money himself to buy a mountain bike.

Gabriel did the only thing he knew, woodwork. He would carve cutting boards and bowls to sell. Later Clark’s wife set Gabriel up with an Instagram account, to show off his hard work.

Despite all of the work and time being put into his craft, Gabriel said that the kids at his school were not impressed with his hobby or his six followers on Instagram. This quickly leads to Gabriel getting bullied by other kids. 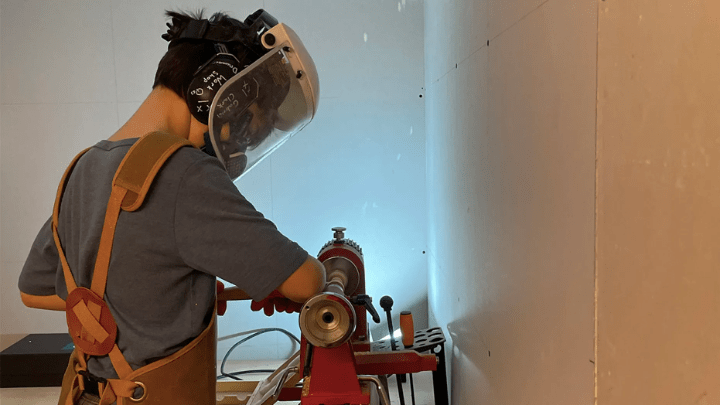 Clark said, “In teen world, that’s not really very cool. You need to have more than six followers to, in teen world, be cool.”

Clark added, “I think he was a bit despondent that his passion for woodwork wasn’t seen as particularly cool.”

Clark posted, “Lovely twitter people – I don’t know how many of you are also #instagram users but I’m looking for a wee favour. I’ve a 12yr old who loves woodwork. He spends hours on his lathe making bowls and creating chopping boards which he’s sells to save up for a mountain bike.”

Clark followed up with, “So I was wondering if any of you fancied giving him a boost and following him on Instagram at clarkie_woodwork it would make his day. Thanks in advance and feel free to retweet!”

Lovely twitter people – I don’t know how many of you are also #instagram users but I’m looking for a wee favour. I’ve a 12yr old who loves woodwork. He spends hours on his lathe making bowls and creating chopping boards which he’s sells to save up for a mountain bike. 1/3 pic.twitter.com/Ny60rFf1TE

Clark said, “Within an hour, it just started going kind of nuts. His Instagram followers were going up by the thousands every time we refreshed the page.”

Gabriel received around 20,000 commissions for bowls. But instead of pressuring Gabriel with making that many, his parents told him to only make one bowl and use it as a raffle. The donations will go towards a charity to help children in Ukraine.

Clark said, “It was Gabriel’s way of trying to give something to kids that really, really do need it.”

Clark said, “People have been hugely generous. We’re hugely grateful for people dipping in and trying to support.”

Now that Gabriel has gone viral, the teasing still hasn’t been “remarkable.”

Clark said, “The teasing comes out of the fact that it’s not cool because you’re standing out. The thing is… that’s everywhere. It’s not particular to Gabriel at all or any kid. It’s at every single school around the world.”

He added, “It’s just normal stuff. If you’re ever on the receiving end, of course, it hurts. Because we’re all vulnerable.”

Clark said that Gabriel will still be left with his “real, genuine talent” and passion for woodwork.

Clark said, “He’s very content, quietly with his music on, carving bowls or making things. It gives him a sort of deep joy and sort of stillness.”