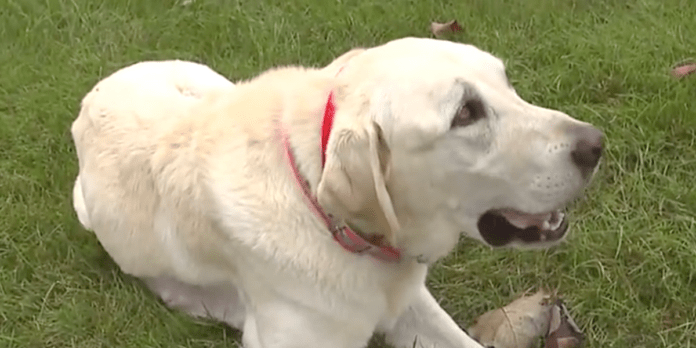 Cosmo is a nine-year-old yellow lab who belongs to a very loving family. 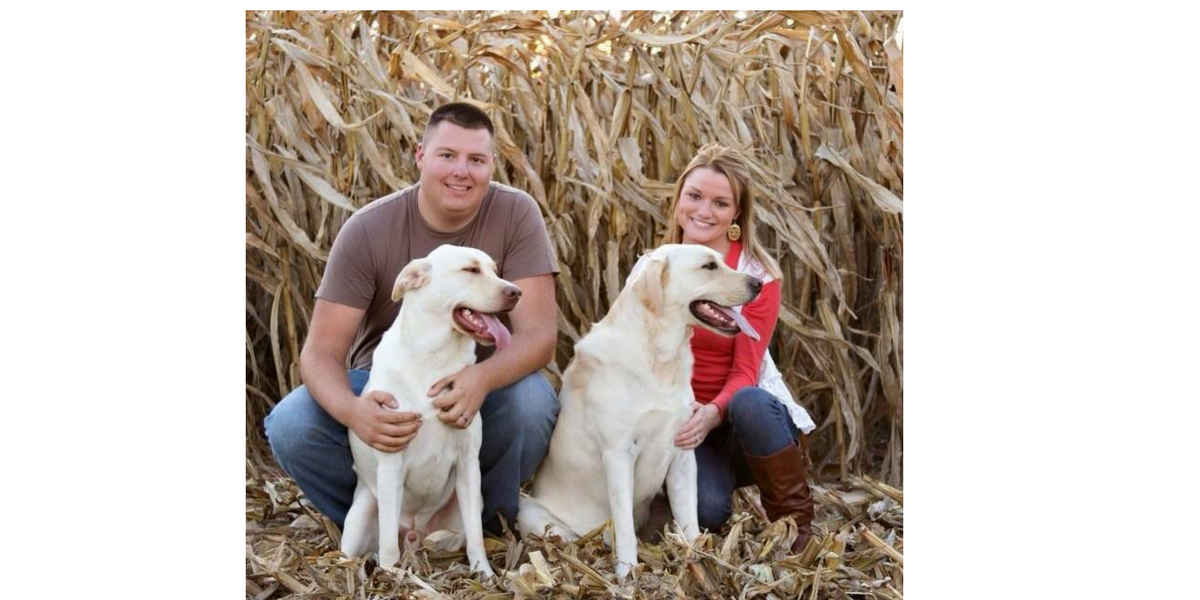 On October 4th the electric fence that kept Cosmo in his families yard had a malfunction, which allowed Cosmo to roam away from his home.

Cosmo then set out around the neighborhood to explore his surroundings. His family received a call from a neighbor that had seen Cosmo, and they said he was very hurt.

The neighbors had seen him with an arrow going through his chest; in one side and out the other. 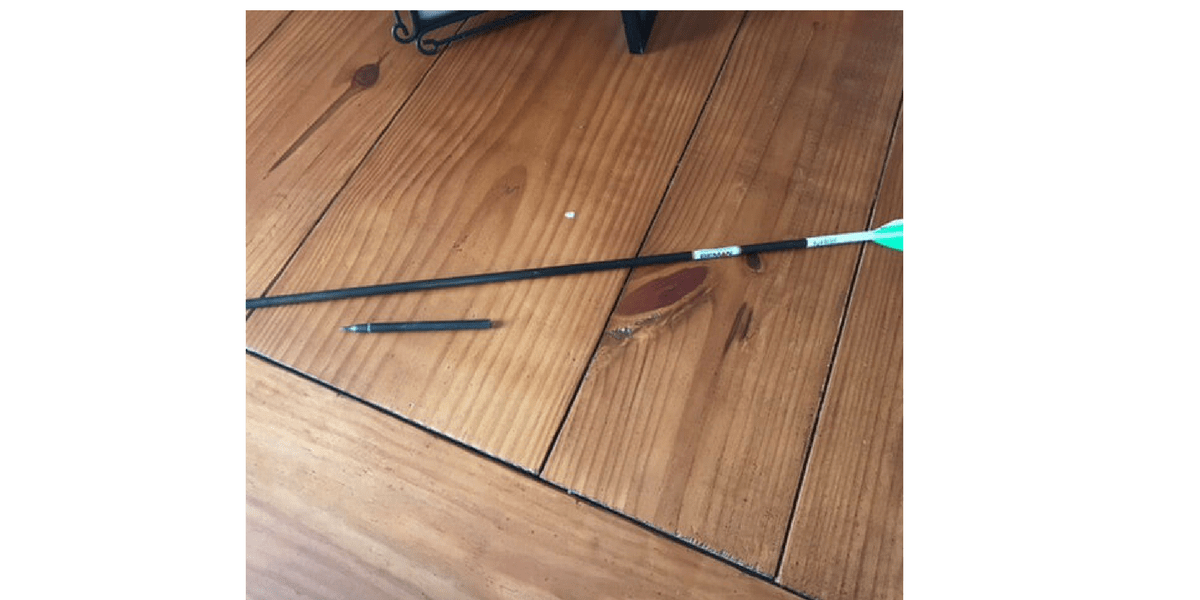 The family quickly found Cosmo and rushed him to the vet not knowing if their dog would survive. The family was devastated by how something like this could happen.

Then they had to decide to euthanize their family pet or give him an emergency surgery to remove the arrow, not knowing the outcome.

It was a tough decision, but they decided to take a risk and try to save Cosmo. Fortunately, the arrow had somehow managed to miss all of his vital organs but his lungs and heart were only millimeters away from the arrow.

In the end, the surgery was a success and Cosmo was able to make a full recovery and return home.

Not knowing why someone would want to hurt their innocent pet, they wanted answers.

Who could have done this and why? The vet noticed writing on the arrow once it was removed… Someone had written their last name on the arrow.

The family filed a policed report and the police investigated the incident.

The police were able to pinpoint who did it by using the clue found on the arrow. They found out that a teenage boy was to blame for shooting Cosmo.

When the police arrived at his home for questioning he admitted the crime. But he claimed that it was an accident. He was out hunting for deer when Cosmo crossed his path.

He said he thought Cosmo was a mountain lion and he shot him out of fear. The family is still pressing charges against the young man.

Although we may not ever know if this shooting was accidental, we are just glad that Cosmo is okay and is able to come home with his family. Also that he is able to make a full recovery!

If you’re glad that Cosmo survived this horrific event, please SHARE this story!