GladWire
Animals Man Takes A Chance On Shy Shelter Cat, Not Knowing He Was... 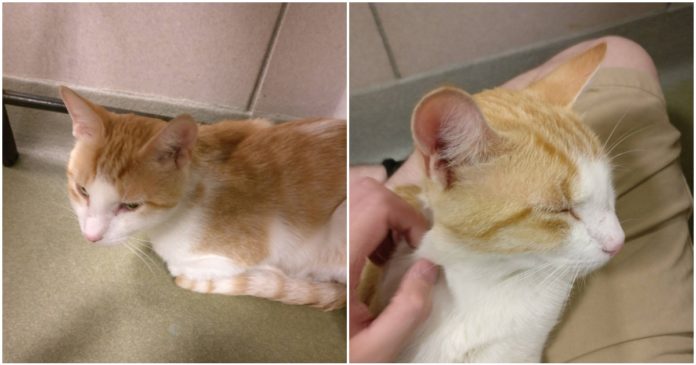 Hobbes was an extremely shy and untrusting cat. He hid in the corner, did not believe in himself, and did not believe he would ever find a home. As people came by and read the harsh note on his cage, they continued on and decided he was not worth their time. When one man stepped into the shelter looking for a new best friend, he noticed Hobbes. Hobbes caught his eye, and the connection they would soon make was irreplaceable.

Hobbes was dropped off at the shelter with a large load of animals that were confiscated from the house of a heavy hoarder. Because of this, the cat never really received the socialization that it truly needed. Spending most of its life in a quiet, cluttered, dangerous environment gave the cat a certain type of personality, and the shelter recognized it.

The shelter placed a note on his cage that said “extremely shy, not socialized,” and this automatically put the furry feline at a disadvantage. Nearly no one who came in looking for a pet wanted a shy kitty. That is, until his new owner stepped in and decided he wanted to see how shy the cat truly was. 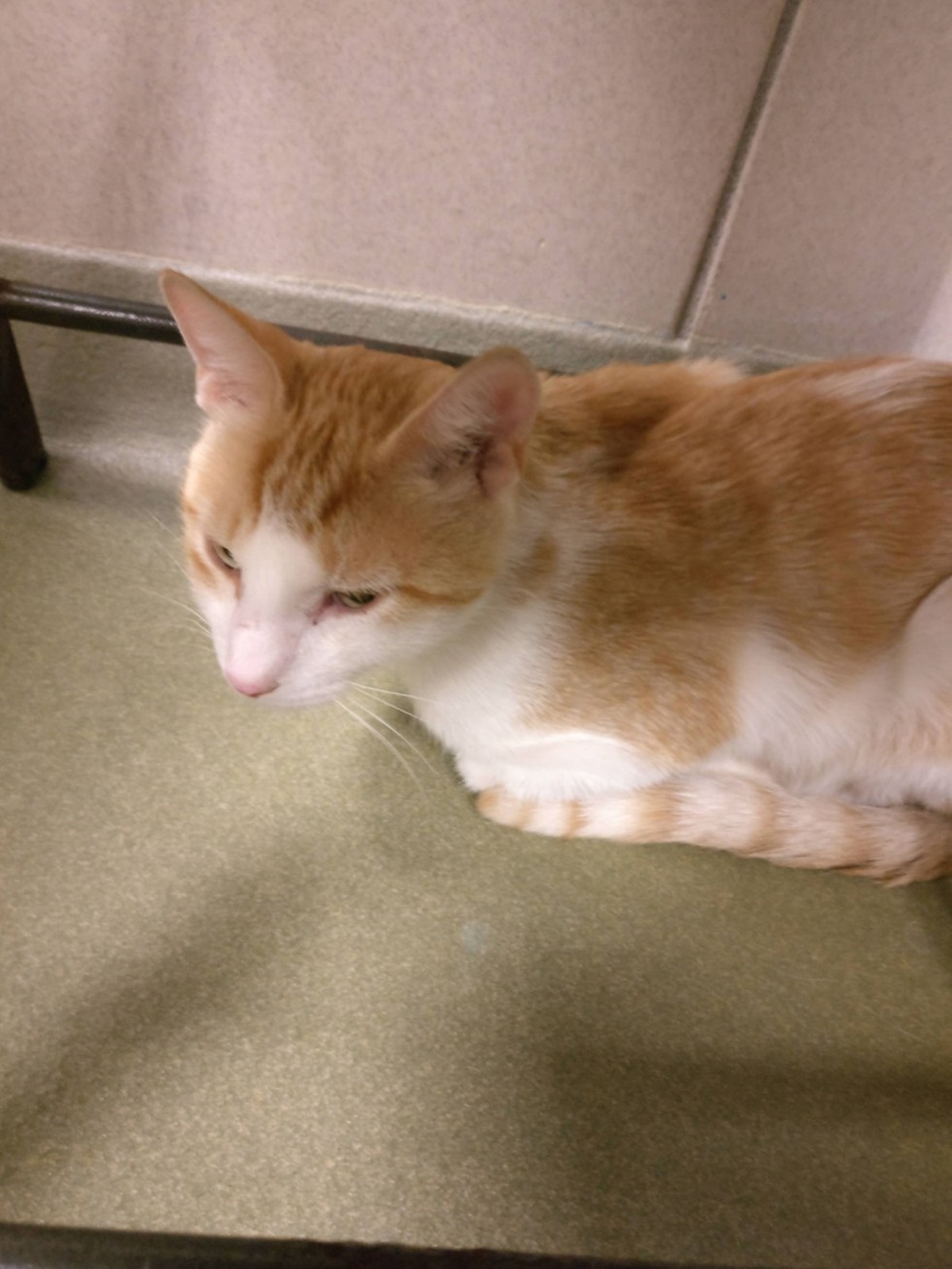 When the man took the cat out of his cage, he sat quietly and watched his actions. Knowing how nervous some cats can be, he wanted to see how unsocialized the cat truly was. “I utilized slow blinking heavily in the initial meeting, and made a point of never moving unless I was in the center of his field of view,” Hobbes’ owner said.

After 90 patient minutes, the cat mustered up enough courage to give the man a chance, just as the man was giving him a chance. The kitty walked over and began eating treats from the man’s hand. Then, he allowed the man to pet him. Finally, he curled up in the man’s lap and began to fall asleep. 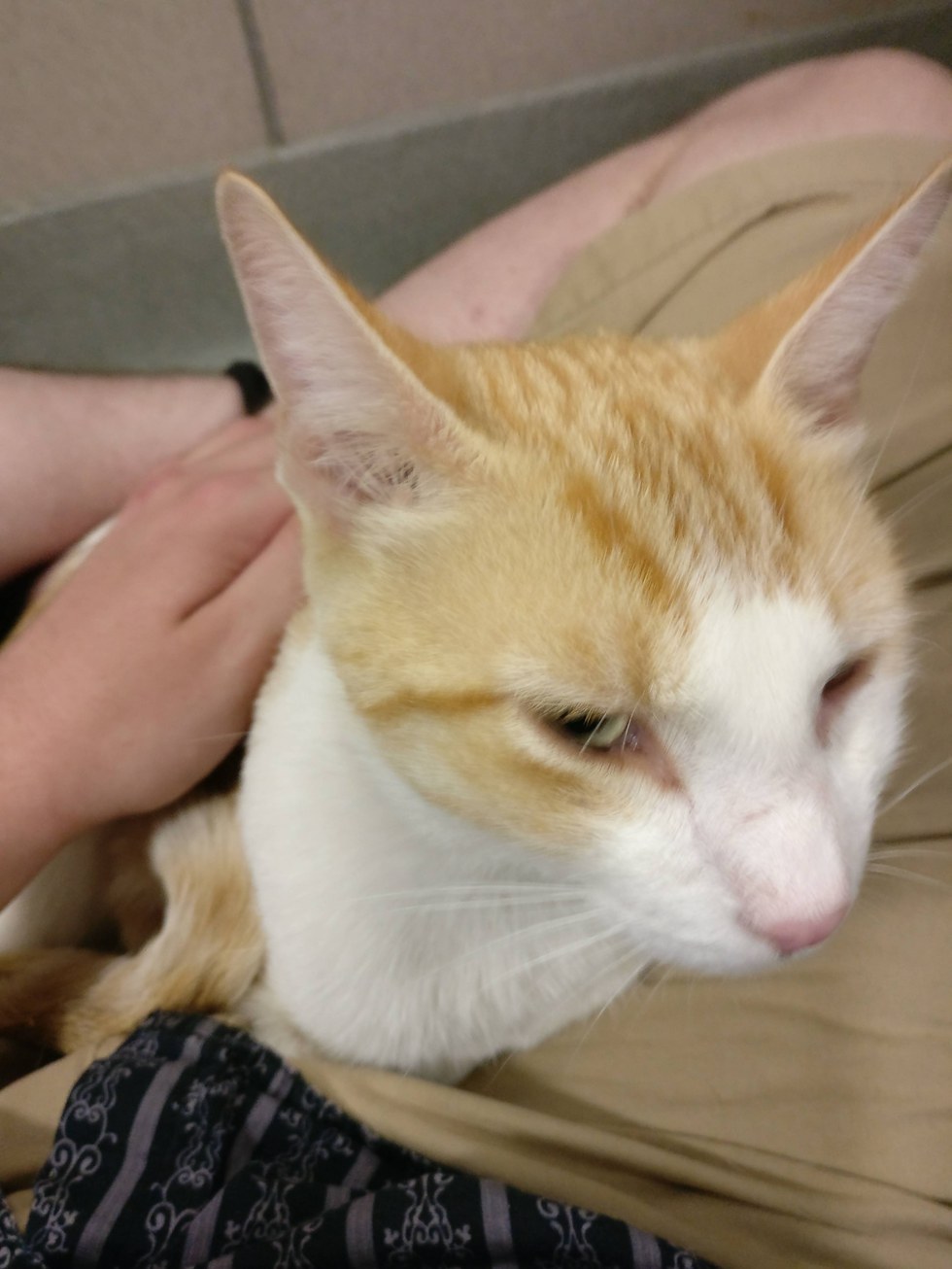 “Cats only sleep places they trust, and he fell asleep in my lap purring,” he said. It just went to show that sometimes, all it takes is a bit of special attention to coax some of the shyer people out of their shell but when you do, the connection can be amazing and unbreakable. The man has agreed to adopt the sky cat and plans to work with Hobbes to reach the sweet, loving animal that he knows the kitty truly is. 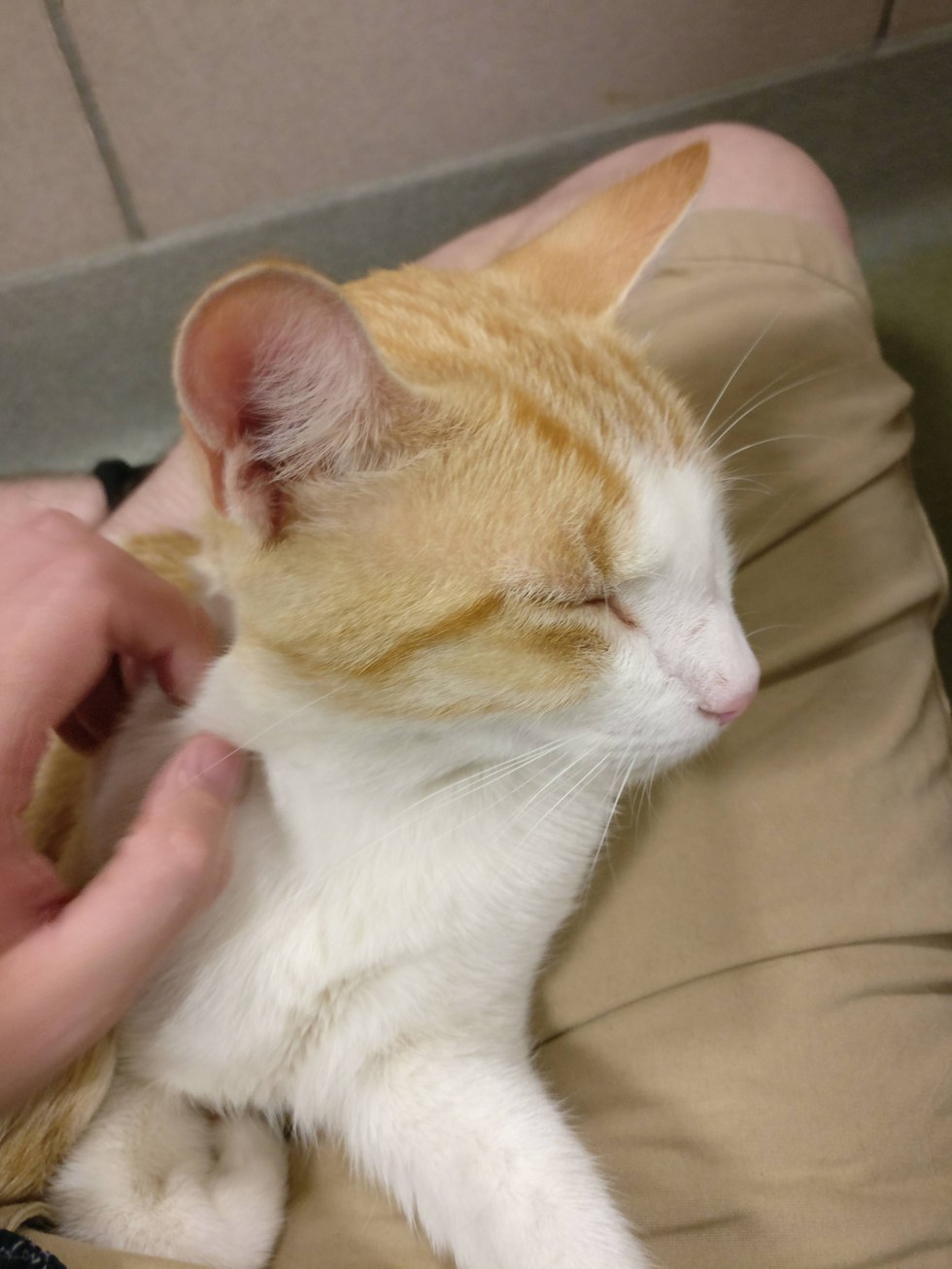 This is a lesson we can apply to many different situations and we are glad that Hobbes is now in the loving arms of a new owner who truly sees the cat as the amazing gift that he is. We hope you live it up, Hobbes! The love between the two is truly heartwarming.