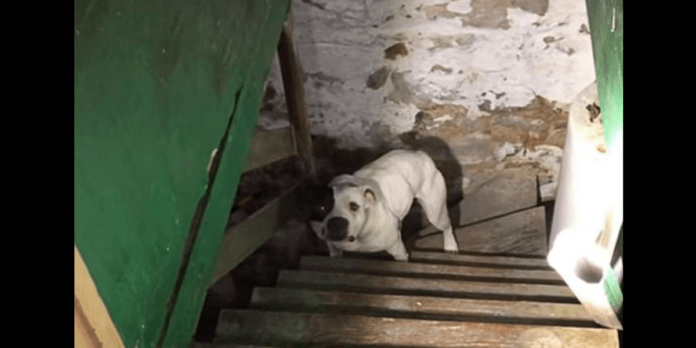 When moving into a new house the last thing you’d expect to find is a living thing chained up in the basement. But in St. Louis this unexpected event happened. 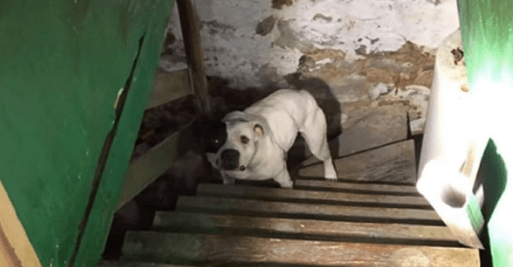 As soon as the new home owner moved in he found a dog in the basement, chained up and still wagging it’s tail. So the first thing he did was call the rescue and they immediately got to his house because of the emergency. When they arrived on the scene the dog was extremely excited, so much so that he was practically choking himself in the pitch black basement. The owner told the rescue,

“I just bought a house and there is a pit bull chained up in the basement. I’m not sure how long it’s been down there.”

After getting the sweet dog unchained, the volunteers made sure she got proper medical care.They did not know how long she had been down their for.

Luckily, Jumping Bean, the dog rescued recovered well and still is jumping for joy. One of the rescuers said,

“She loves everyone she meets and craves attention. She makes sure she is not ignored! She’s an energetic and very affectionate pup! She is so happy all the time.” 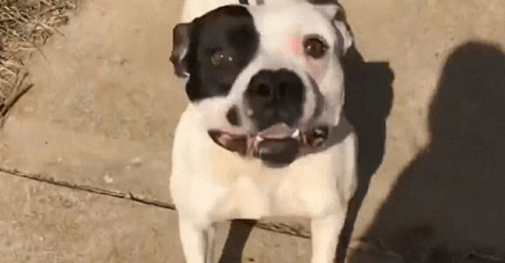 Apparently it was not the original owner who left Jumping Bean there, yet the squatter of the house. The dog was left there on accident reports say. For now she is safe and is happy to have gotten a second chance!

Share if you think Jumping Bean’s story was inspiring!