GladWire
Awesome Man With Kidney Disease Loses Everything, Then His Community Steps In &... 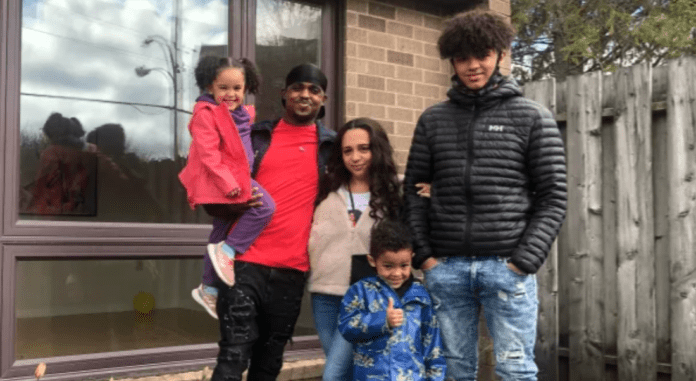 Alvero Wiggens was forced to move into public housing recently because he could no longer perform his job. Wiggens was diagnosed with kidney failure and as a result spent nine hours a night on dialysis while he awaited a transplant.

At the time he was renting a home however he and his wife struggled to make ends meet and were forced to move into public housing. The conditions were terrible and they had to move out for two weeks because of a rat infestation.

“It’s terrible to raise your kids in conditions that aren’t fit for human beings,” Wiggens said. “We had to threaten to bring TV cameras in order for them to take us serious.”

Before being diagnosis with kidney failure Alvero worked with the nonprofits Hope Blooms and LOVE Nova Scotia organizing programs to keep youth off the streets.

Co-worker, Sarah MacLaren had known Wiggens for years and wanted to help so last spring she started a gofundme account.

Thousands of dollars were received but Halifax’s housing market started to take off, bidding wars were the norm, and finding reasonable housing for Wiggens and his family became hard.

“It was at a point where I had begun to think, really, I have to acknowledge this may not happen,” MacLaren said.

That was when real estate agent Brenda MacKenzie heard what was going on and wanted to help. For years, MacKenzie real estate group was part of a charity to help people find housing. Once hearing what the Wiggens family was going through she sprung into action.

In an act of providence an amazing four bedroom house near a park and pool was on the market but all the deals fell through.

MacLaren and the Wiggins family made an offer and it was accepted.

“This specific house was a miracle house, it was a unicorn house,” MacLaren said. “It’s probably the most beautiful thing I’ve been a part of in my lifetime.”