GladWire
Awesome Little Girl Steals The Show By Doing This One Thing, Everyone Hurrys... 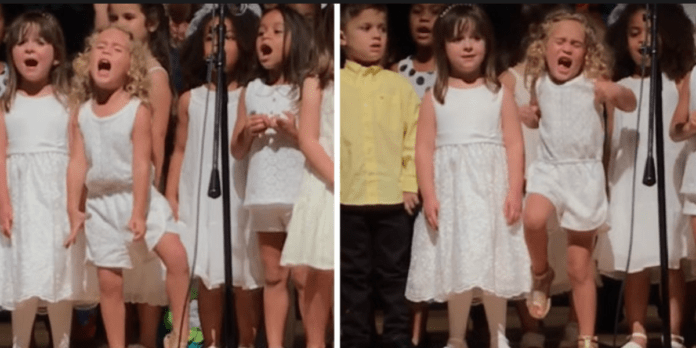 Some people are just born with natural talent. Whether that talent is being a good athlete, performer, singer, cook, worker, etc. When Sophia Neshin hit the stage for her kindergarten graduation, it was clear she was talented.

In the video below, the little blonde haired girl enjoys her final moments of being in kindergarten. But when, what seems like one of her favorite songs, comes on, it’s all over. “How Far I’ll Go” from the “Moana” soundtrack starts playing and she starts to shine. The cutie burst into a performer or at least a lip syncing phenomenon.

After the performance everyone began to rave about it. The little girl even received a cookie cake from fans and called it,

“the best thing ever.”