GladWire
Animals Lazy Lion Decides She Doesn’t Want To Hunt And Gets Her Dinner... 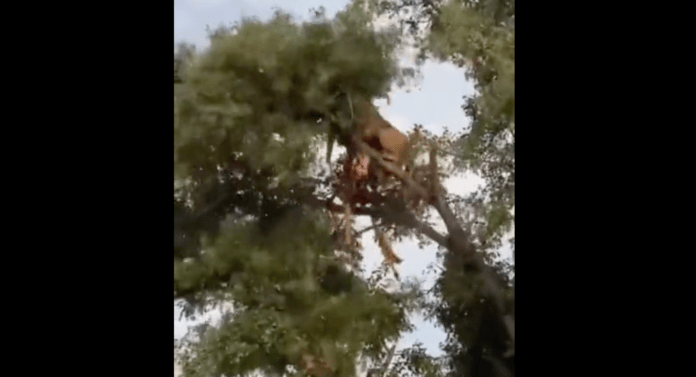 A hungry lion filmed in Tarangire national Park, Tanzania went about getting dinner in a very unexpected way.

Let’s face it, sometimes you just want to chill out and have a lazy day. This lion decided instead of trying to run down a kill it would be easier to just take someones else’s dinner.

A leopard had just killed an impala and like they are known to do, brought the kill up into the tree.

Sensing the kill, the hungry lion decides to climb up to the top of the tree to steal the kill away from the leopard.

During the battle a tree branch breaks off causing the lion, the leopard, and the kill to plummet to the ground. Once the leopard hit the ground it took off wanting nothing to do with the lion.

Leopards are pretty amazing animals and some of their antics in the trees will have you laughing.