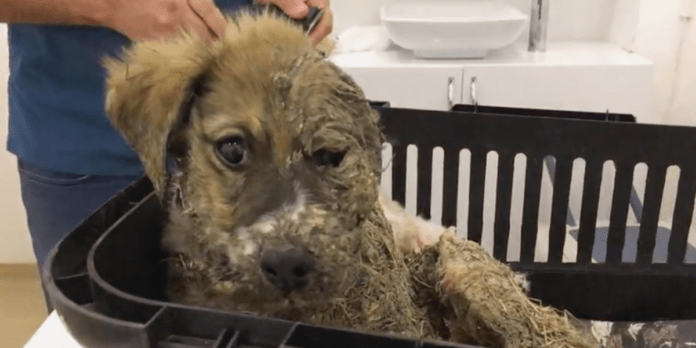 When Pascal first arrived at the shelter, he barely looked like a living animal.

Our dear furry friend, Pascal, was found on the city streets, plastered in glue. So much so, that everything from dirt to sticks to stones was stuck to him. The poor boy could barely move and it broke everyone’s hearts. 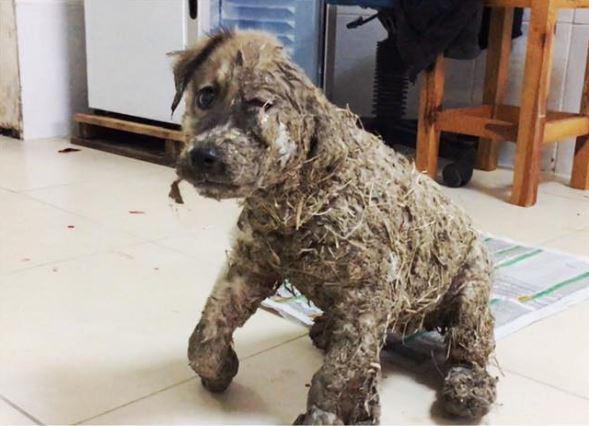 Some kids decided to drown the poor, innocent puppy in industrial glue and leave him in a box to die. But the strong little Pascal managed to hold on to life until rescuers found him and brought him to safety.

He’Art of Rescue, located in Istanbul, brought Pascal to the shelter and gave him all their time, attention, and love in order to fix him up.

Unfortunately, to get the glue off, they had to shave all of his fur off. Although he was down to the thinnest layer of fur, he was now free of the paste that had kept him prisoner. 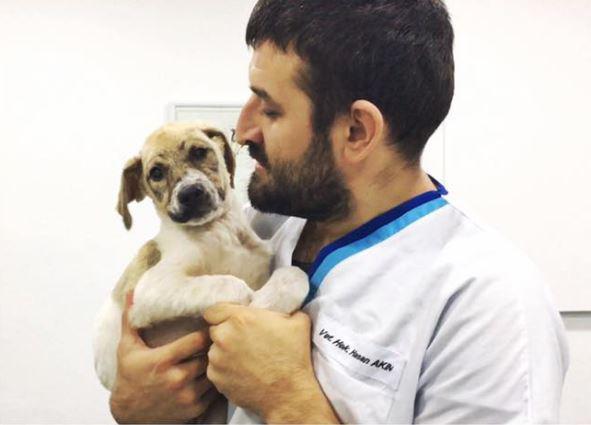 Despite being free of the cement-like outer layer, Pascal was too scared and shocked to move for nearly a day. After lots of love and attention, though, Pascal hesitantly began to warm up to his new atmosphere.

Over the course of a few months, Pascal began to interact with the humans at the shelter and even the other dogs. He learned to create bonds with humans and canines alike, despite his previous mistreatment.

Unfortunately, because the glue soaked into his skin, Pascal developed a serious allergy to the chemicals. But other than that, he has made a full recovery and is thriving today.

You would never recognize little Pascal based on a picture of that first day at the rescue. He has all his clean, soft fur back and is full of life and color. The little trooper, despite his past circumstances, is now a lively and loving dog, always wagging his little tail. 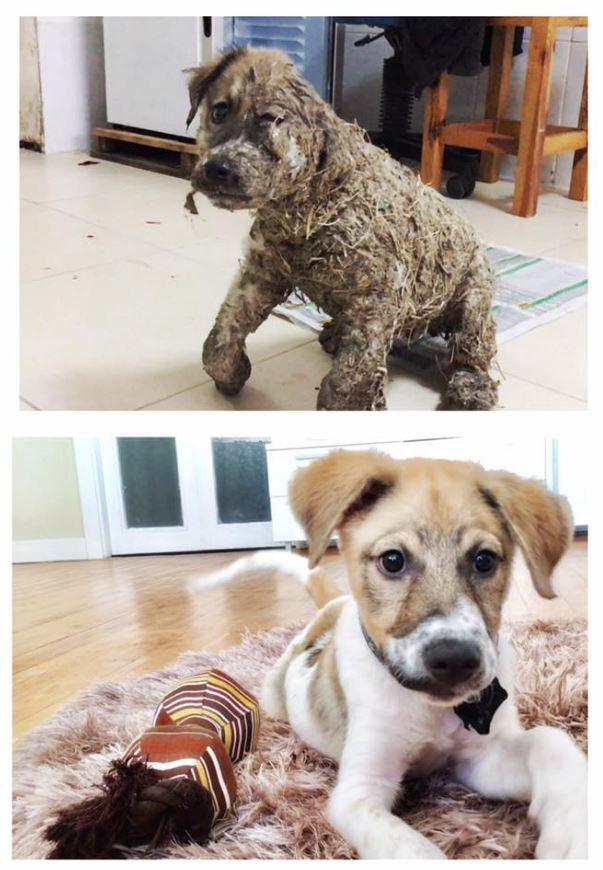 Recently, Pascal was adopted by his new family in Spain and is enjoying running around on the beautiful beaches there, free to move around as he pleases. 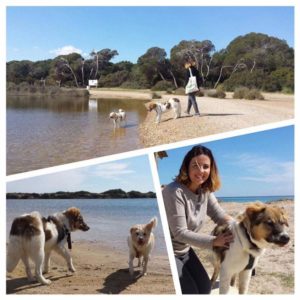 He’Art of Rescue wrote, “HAPPY TIMES AFTER EVERYTHING HE WENT THROUGH FINALLY!!! PASCAL is spending the weekend with his family in Spain by the beach! Breathtaking view!”

It’s clear that Pascal not only stole our hearts with his touching story but also the hearts of all the staff at the rescue. Thanks to their undivided attention, Pascal was able to fully recover and start a whole new life.

If you are excited for Pascal that he was saved in time and has a new happy home, please SHARE with a friend.