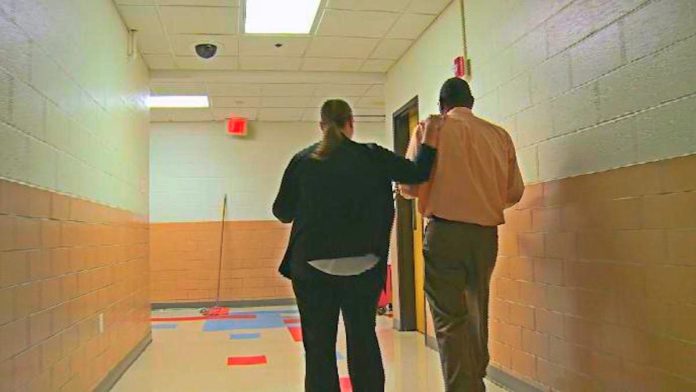 Sometimes life just throws you a curveball. Things are usually going pretty great when something comes up, but thanks to a selfless friend, lemonade will pour from the lemons handed to an elderly man.

Despite feeling under the weather on some days, he’s grateful for the strength to come to work, demonstrating his value of a strong work ethic. In a recent local news media interview, Graves expressed pride in his daily contribution to his community, and gratitude for the strength to continue working. “I’ve been blessed where the Lord has allowed me to come to work every day,” Graves said.

Graves has been on dialysis while working at Jessamine County High School for the last five years. For several months he has been searching for a kidney donor. Now, a co-worker is volunteering to donate her kidney to Graves. Graves admitted to the local news media that he cried in private when he first heard the news.

Marcy Smith says she has wanted to be an organ donor for years. A curriculum resource administrator in the assistant principle’s office at Jessamine County High School, Smith has known Graves for almost a decade. The two friends talk together every day at work. Since being matched as a kidney donor, they’ve grown even closer.

Smith describes Graves as a kind person who often goes out of his way to help others. Like Graves, Smith admits that she almost cried when she first heard that she could be his kidney donor. “When they told me, I almost cried,” Smith explained to the local news media. “I was so excited.”

Since volunteering to donate her kidney to Graves, Smith says the chance to bring joy into someone’s life has been unmatched. “It’s hard to even explain how blessed I feel,” she said.

If you appreciate the incredible people like Mrs. Smith, you know, the people that make the world go around without recognition, SHARE her story!