GladWire
Animals Homeless Vet And His Dog Denied At Shelter, He Comes Back With... 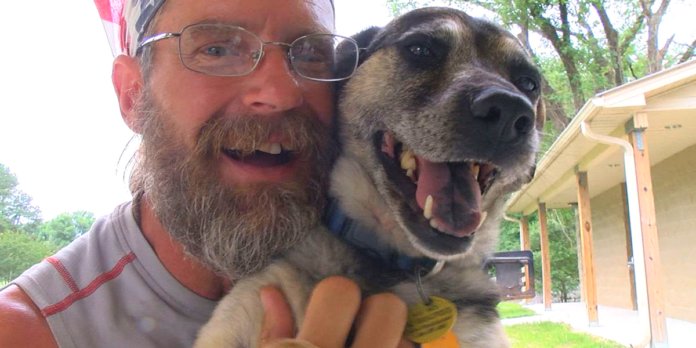 All too often we hear the word no. Most of the time it is for a good reason, but this time, while there were reasons, it was due to liability. It’s sad that veterans in this world find themselves homeless, but what is even sadder? They’ve got pets– And some even have families. 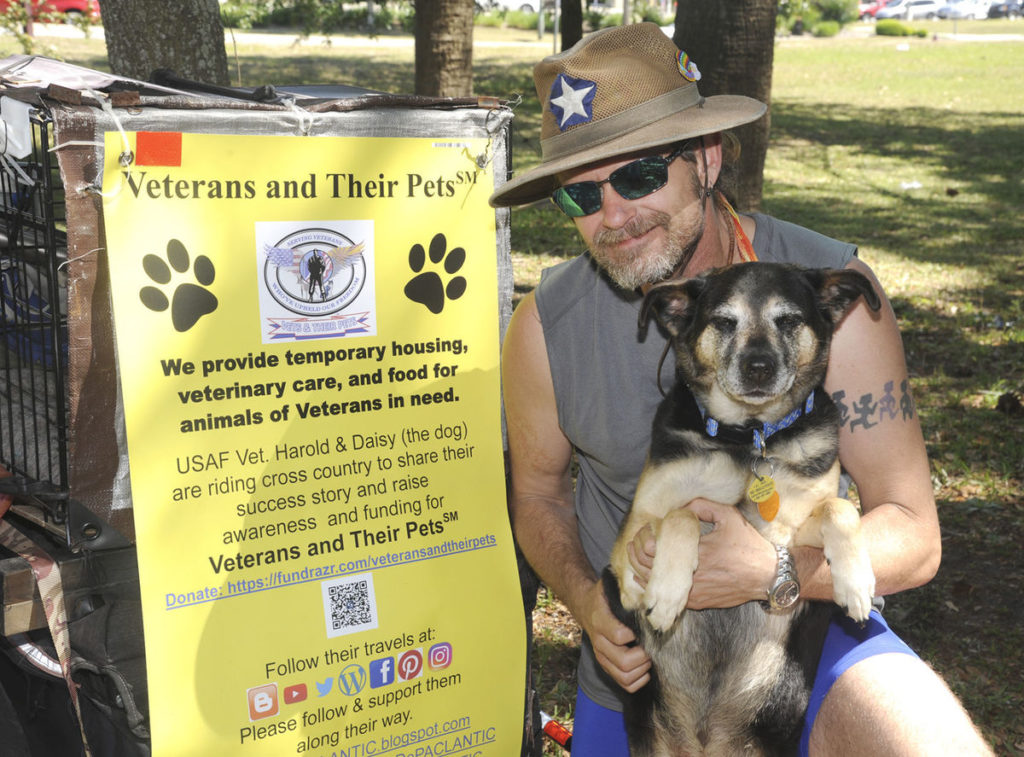 While Harold stayed at the homeless shelter, a nonprofit group helped the pair out and had a place to stay for Daisy.

The organization, Veterans and Their Pets fostered Daisy. They fed her, gave a place to sleep, and even got her up to date on her shots.

Michael West, the president of Veterans and Their Pets, states, “These people prefer to stay on the street because the [U.S. Department of Veterans Affairs] by law can’t support a veteran’s dog,” Mr. West said. “Their animal is often the only semblance of normality and family they have left.”

The lack of care for military veterans’ pets hinders the care of the veteran. As stated, the normalcy that comes with a pet, allows the vet– who may suffer from PTSD, Survivors Guilt, or other mental health issues, to feel a sense of normalcy in the world.

Instead of creating a fuss, Harold decided that he was going to make his dream come true. While he isn’t able to financially give back to his community, he is able to get his story out there and promote the nonprofit that recognized his and Daisy’s needs. 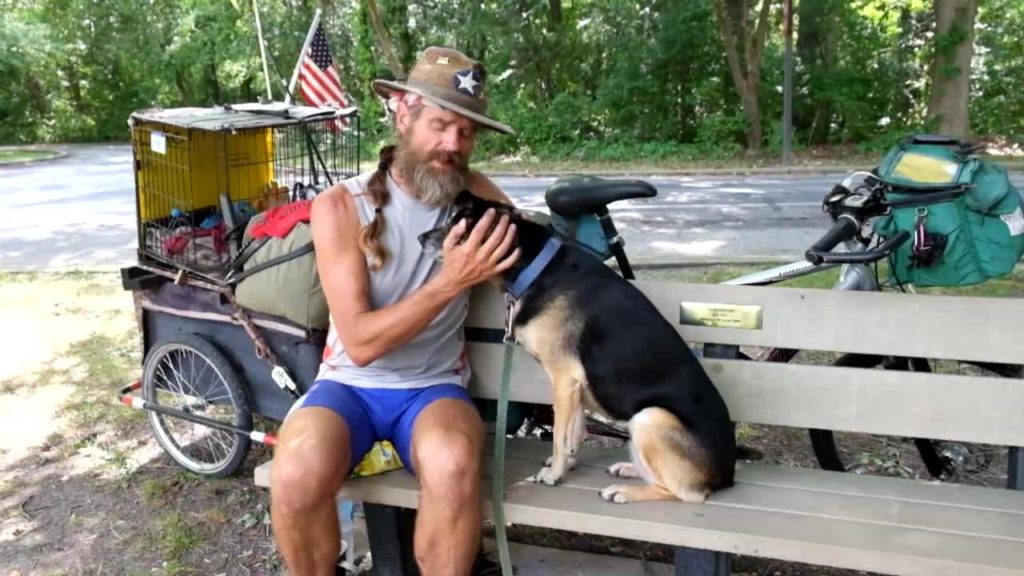 His time of need was met with a helping hand and now it’s his turn to give back. Harold trekked across the country on his bike with his trailer close behind.

His journey across the country started in April and began in St. Simmons Island, Georgia,

Of course, he couldn’t leave Daisy behind either, so she joined him on their journey together.

The goal of this excursion is to get the word out that veterans becoming homeless and unable to find help, is a rising problem. Aside from that, Harold really wants to express his gratitude to the organization in Phoenix that helped him, when he and Daisy needed it most.

Harold appropriately named the journey, “Tour De Paclantic” as his personal goal is to touch the Atlantic and the Pacific. He expects to arrive in California in April of next year.

So far, Harold and Daisy have raised about $3,000 for the organization just last year alone. It is expected that the increased awareness will raise about $5,000 or more.

To Harold and Daisy, whom Harold states, “I think I’m more her human than she’s my dog,” Mr. Palmquist said. “She looks after me. She keeps me comfortable at night.” this journey is more than a bonding experience for them.

It’s a time to finally feel at home and at peace with life. The neat thing about this? Harold and Daisy don’t accept rides from anyone. They’ve put all the miles on themselves. No worries though, Daisy has a cage strapped to the trailer. 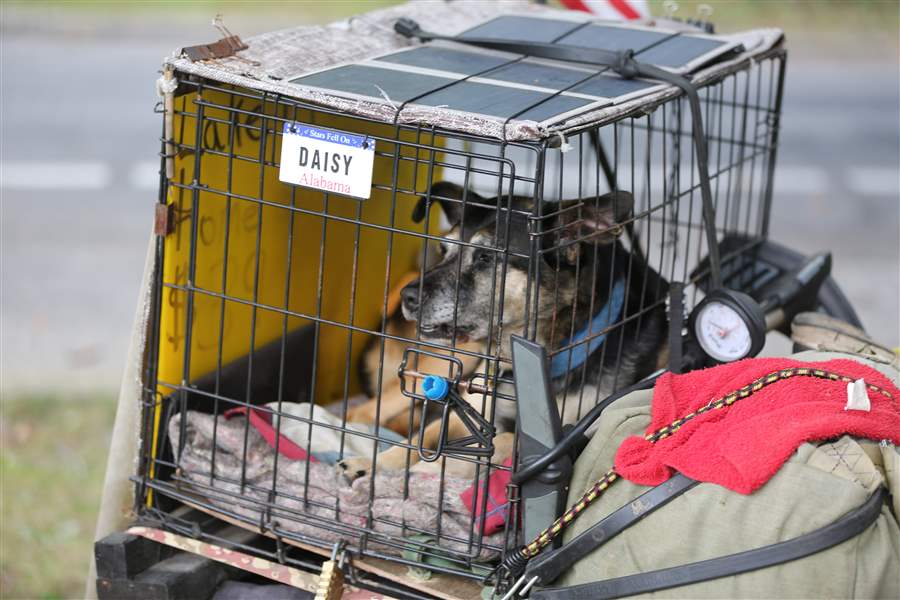 But kindness does appear to them when they need it most. Harold said while he does not ask for donations for himself, he has been helped in numerous ways by the people he meets. Many will buy him and Daisy a meal, while some provide laundry services or a place to stay.

“It just blows me away, the kindness,” Harold said. “In the times I’m in the most need, it works itself out.”

Life does have a way of working things out and while Harold didn’t use violence to show that he was miffed about not being able to have his faithful friend beside him in the homeless shelter in Phoenix, he made a difference instead.

If you think Harold’s cause is just what the world needs, help him get the word out. Give ys a like and SHARE this with your family and friends!