GladWire
Animals Hikers Hear Strange Sounds Coming From Mine, 1 Week Later They Get... 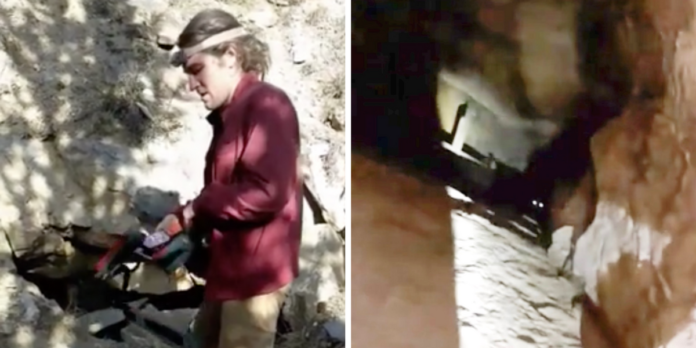 A man named Preston Gladd from Fairplay, Colorado decided to adventure in the autumn, to explore Pike National Forest and see everything it had to offer, but he was not exactly expecting what he found!

At first, he was taken by surprise by some odd noises coming from an abandoned mine shaft so he decided to steer clear. “I just heard growling and animal sounds so I thought it was something living in the mine,” Gladd said.

But that was not the end of this particular cave exploration because one week later he changed his mind and decided to go back.

The idea of the noises and what could possibly be down there was too much and it peaked his curiosity. He could not stop thinking about those noises. He wanted to find out what was living down there but did not find what he was expecting.

He came to find that there was actually a dog at the bottom of the shaft that was in dire need of a rescue! Luckily, he called in some friends and it turned out that they were right for the job!

“I’ve been wanting to go in and explore the cave and I like animals a lot so I couldn’t stop thinking about the animal. So I crawled down into the mine and looked down the shaft and saw there was somebody’s dog with a collar stuck down at the bottom running around.” 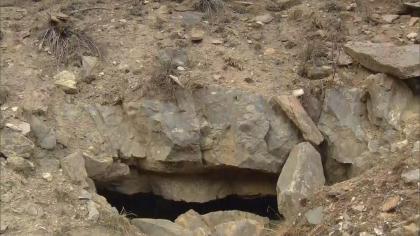 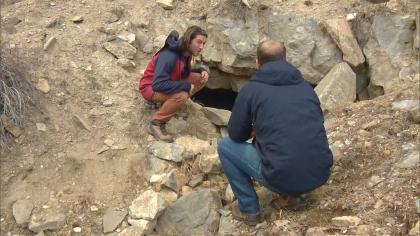 “I get a phone call. He’s like, ‘Gannon, that mine I was exploring the other day, there’s a dog down here. Get the gear. We’ve got to save it,” said Ingels.  “I was stoked. I was like what puppy to save? For sure, way better than the nap I was going to take.”

Ingles grabbed his gear and came to help immediately. Gladd’s girlfriend, Portia Scovern, was also ready and willing to help save this dog and she accompanied them to the mine. She took the opportunity to film the rescue for them. It thankfully only took a few minutes to save the dog.

“There’s a tunnel that goes farther back about 60 feet and then it goes down about 25 feet,” Gladd said. That was where this poor dog had been stuck for over a week! 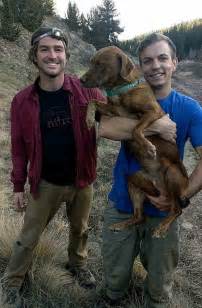 They took her home and cleaned her up, also taking her to the vet since she had gone over a week without food and water. Surprisingly she came back with a clean bill of health! Then they posted her up on Facebook to find her owners. She had a collar on so they figured she had a family somewhere nearby. They wanted to do their best to return her to her home. The Facebook post got over got over 750 shares and many people linked it to a missing dog post!

“I would never guess it would blow up and people would spread it around everywhere,” Ingels said. “ It was really, really cool to see it all come together.”

It turned out the dog’s name was Cheyenne and her family was ecstatic to get her home. There will likely be a reunion with the dog and her rescuers soon as well!

It really is incredible the way people can go out of their way for animals in need. There are so many dogs and other animals who need homes, so it is really heartwarming to see an animal reunited with its owners. It is incredible that Preston was so drawn to come back to investigate and then go on to follow through to save the dog and find her owners!

If you love a good story about a family being brought back together SHARE and check out the video below!