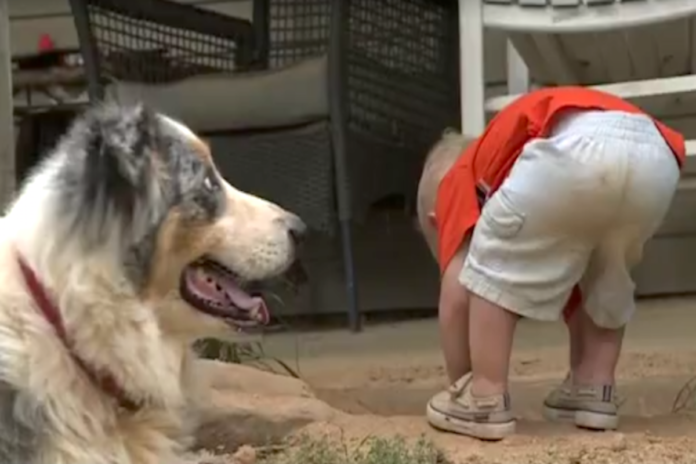 When all else fails, you can always count on man’s best friend to save the day. For this family, it was a matter of life and death for their little boy.

Bryson Holloway, 18-months, let his curiosity get the best of him as he wandered off the family’s porch one day. Little did he know, there was a large snake slithering toward him from a nearby bush.

Bryan Holloway, Bryson’s father, thought the family dog, Shiloh, was going after the little boy to attack him. After the dog had appeared to be injured, Bryan realized what had just happened. Shiloh saw the snake approaching Bryson and went after it to save his friend.

“Shiloh jumped up and took off after him,” Bryan said. “He lunged right towards the baby and at the baby’s feet, and when he did he kind of jerked back.”

When Bryan realized the severity of the situation he told his wife to “get the baby now and take him in the house.” Alarmed by the demand, Alicia Holloway followed her husband’s orders and waited in the house to see what was going on.

The dog had saved Bryson from what Bryan knew was a copperhead snake. The snake bit Shiloh on the neck. Bryan recalled the dog “turning his head to the side and shaking his head and you could tell he’d been hurt, that the snake had gotten him.” He continued, “As furry as he is, and he has so much fur around his neck, you could visibly see the swelling.”

Fortunately, the family acted quickly after the whole ordeal and got immediate treatment for the dog. Shiloh has since made a full recovery due to the medications he was given. The 24-pound dog would have died due to the bite if they family hadn’t acted so quickly. 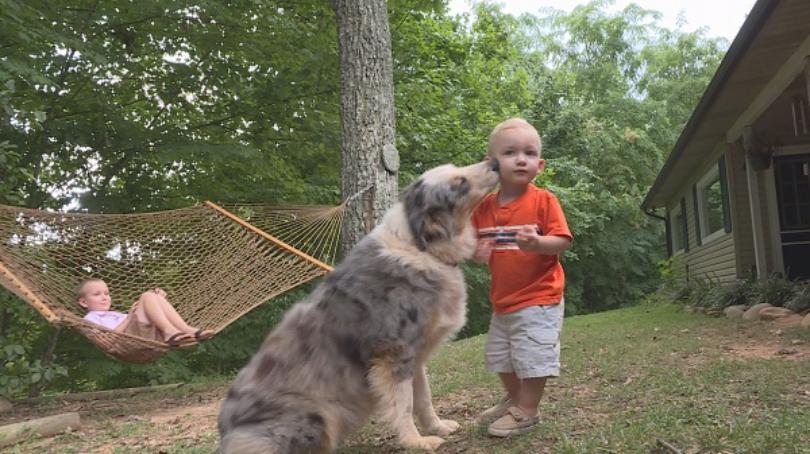 Alicia Holloway explains that the family is extremely thankful for their heroic pup. “Bryson started running back and forth on the porch and started laughing and smiling and the Lord spoke to me and said, ‘I protected this baby, I put this dog right there to protect your child,’” Alicia said. The mother of the family says she can not love the family dog any more than she does now. According to her, Shiloh has “been babied a whole lot since this has happened because we’re very very grateful for him.”

From seeing how quickly the snake’s venom affected their dog, the Holloway’s couldn’t even imagine what would have happened if it was their son who had gotten bit instead. “I honestly don’t think he would be here and I really don’t think we could have made it to the hospital and even if we did, best case scenario would have been a 50/50 fighting chance,” Alicia said. 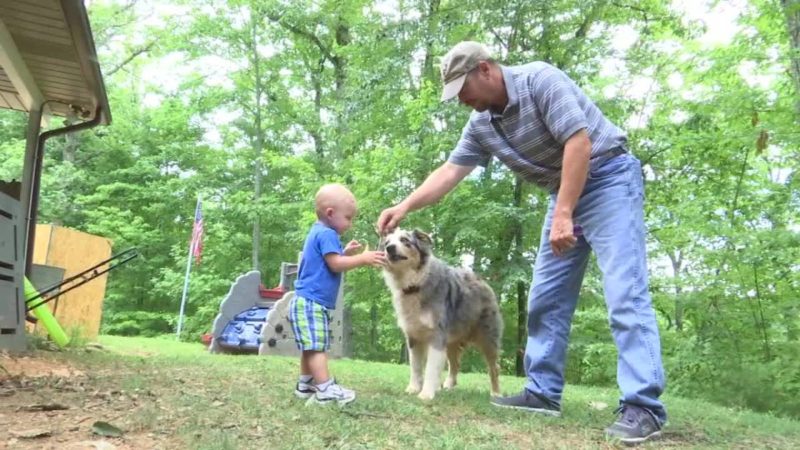 Alicia says the family gives “God the glory in everything, and we know that he used that dog, that wonderful dog, to protect him, and we’re thankful every day for him now.”

If you are thankful for our furry friends, make sure you show them some love and SHARE  Bryson’s story!