GladWire
Daily Grace Mother Struggling To Purchase Food Is Speechless When The Police Show Up... 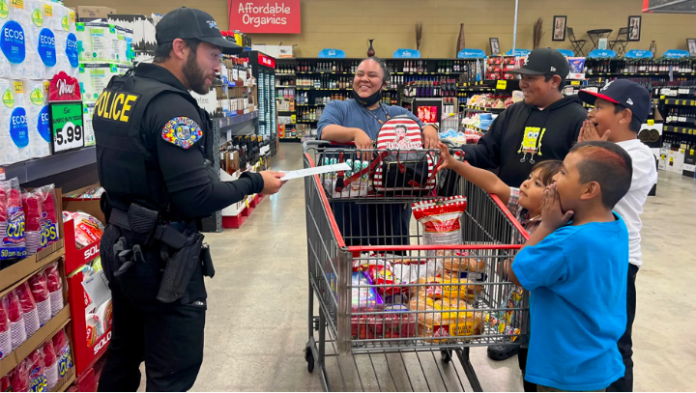 A California police department showed their kindness to the community when they were giving cash away to strangers to help with buying groceries.

The Oceanside Police Department in Oceanside, California, was given a $20,000 donation this year. The department decided to use this money for a “Random Acts of Kindness Project.”

The department posted on Facebook, “Grocery costs have skyrocketed and Oceanside police officers are heading out to stores to help people overcome food insecurity. OPD will surprise shoppers with Random Acts of Kindness by helping with the grocery tab in April.”

The officers went to different stores and gave shoppers $100 to help them pay for their groceries, the local station KGTV reported.

“Are you serious?” a woman asked the officers, later saying “I never thought of anything like that happening, it’s remarkable, takes your breath away.”

ABC 10 San Diego caught a moment when the police handed out money to a mother who was struggling. The woman was speechless and became emotional.

This project started in 2021 as a Secret Santa Operation but now has turned into a “year-long project aimed at spreading a little kindness around the city of Oceanside”, according to the Oceanside Police Department’s press release.

Every month, police officers will surprise the community with “a different giving effort” focused on “making connections between officers and the community,” the release said.

Chief Fred Armijo said in a statement, “The more opportunities that we have to engage with people outside of crisis situations I think deepen relationships and deepen understanding.”

The officers have already helped people who were in need with food, clothing, or transportation help. Now they will have more ways to help people in their community.

Oceanside Police Officer Andy Gularte said, “It’s a cool experience to get out in the community and make people smile and serve in a different way.” 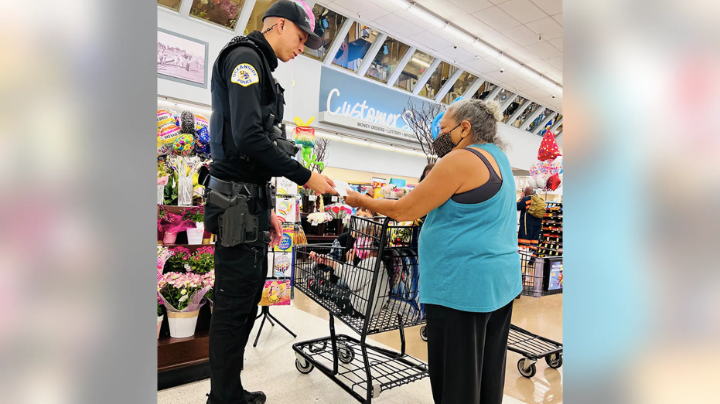 Wayne Fortin said, “My family and I enthusiastically support the Oceanside Police Department Acts of Kindness Project. We can think of no better way for us to provide acts of kindness to Oceanside residents than by partnering with Oceanside police officers who are on the front lines and encounter those who need kindness and a helping hand on a regular basis.”