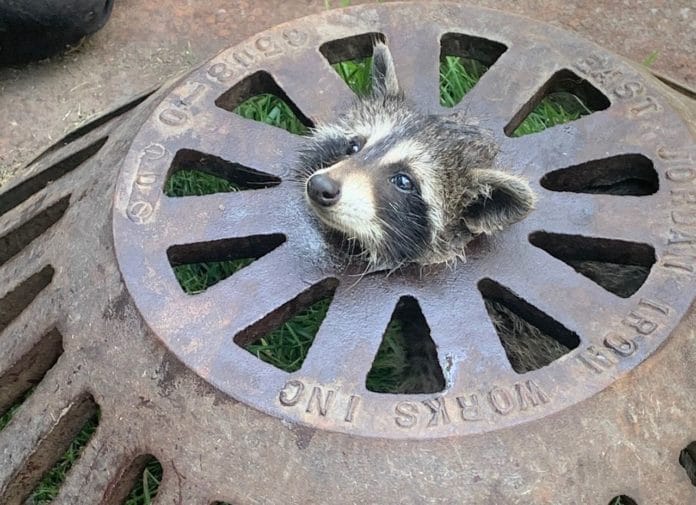 A baby raccoon in Harrison Township, Michigan found itself in a tight spot that required local firefighters to get creative.

At Clearview Drive and South River road in Harrison Township located in the Metro Detroit area Lt. Lorkowski said his department got a strange call from Macomb County Animal Control.

When firefighters arrived on scene they found baby raccoon had gotten its head stuck in a in a storm drain.

Initially, Lt. Lorkowski said firefighters considered cutting the raccoon free but were nervous they would hit the animal.

“We didn’t want to put a saw too close because it could heat up the cast iron and injure the animal and we didn’t want to nick it with a saw,” Lt. Lorkowski said. “We were trying all different kinds of options to not try and hurt it, but it was stuck in there really good.”

Lt. Lorkowski reported that a couple of firefighters suggested using some household items instead to free the raccoon.

“We first put dish soap around its neck, but that didn’t work. We had gloves on because it was biting and scratching. Then, a homeowner brought out cooking oil. We were able to guide it out then, but it was hard getting it out. I don’t even know how it got stuck in there to begin with.”

Once freed, Macomb County Animal Control examined the critter and did not find any injuries.

Lt. Lorkowsi said this was one call he won’t forget anytime soon but reported he’s often had to rescue ducks.

“I can’t remember any raccoon rescues. I think this is my first, but we get ducks all the time that fall in the storm drains.”

Animals sometimes get stuck in the craziest places.

Last year, California firefighters rescued a puppy that got her head stuck in the center of a spare tire.

“It was so worrying to me. I was trying to imagine how the heck she got put in that position and you just got to remember that puppies will be puppies. Just curiosity. There was probably food on the other side of it or something, she just crammed her head right through,” said David Hough, a Riverside County animal care technician.

Firefighters tried to use oil as lubricant but the dog’s neck began to swell and they transported the puppy to a local animal hospital. 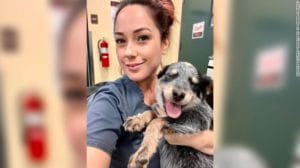 There, the puppy was sedated and firefighters used a reciprocating saw to free the dog.