GladWire
Animals Dog Escapes Burning Home But Becomes Hero When She Finds Something In... 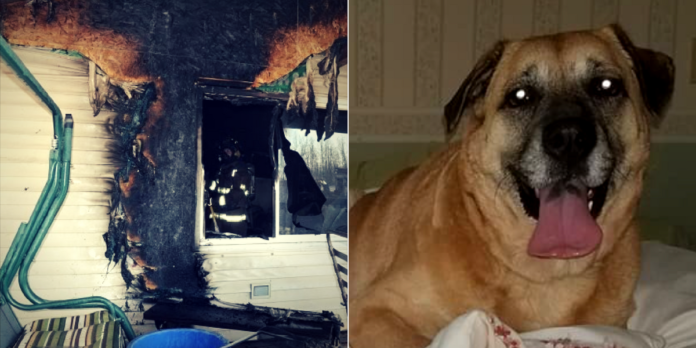 You stock your home with all your wants and needs. Many have pets. Christine and John Marr had their home furnished and loved. They were surrounded by their pets Ringer, Smoke, and Chloe.

Like many, they never expected that their lives would be disrupted by a house fire– But it was. The fire was so bad that firefighters had to rescue the Marr’s, in a semi-unconscious state from the burning home.

They were instructed that there were three pets inside. Two cats and a dog. The brave firemen hunted for their furbabies to discover that Smoke had perished in the fire, Ringer was nowhere to be found, and Chloe resorted to her safe place in the bathroom. 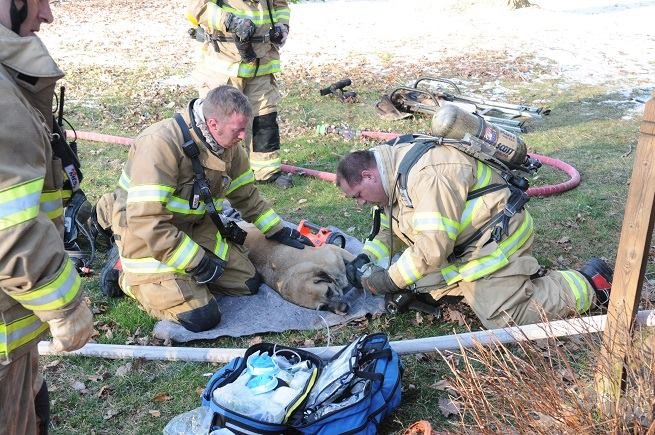 Chloe, the dog, was alive. The firemen worked relentlessly to save the pup, using oxygen masks and taking life-saving measures to an extreme. While one out of the three animals survived, the Marr’s were still sad that their home was destroyed and their cats had passed violently.

Their lives went on, Chloe healed and became her old self again, but she was missing her furry-friends like her owners.

Over the course of 8 weeks, the Marr’s had to return to the fire-destroyed home for personal and insurance reasons. Christine said that she had returned to the home dozens of time, calling out for her precious cat– Hoping that he escaped and was lurking around the property. But to no avail.

Until John and Christine took Chloe back to the home. At first, it was like any other trip back to the house, until Chloe started acting strangely.

“She’s running around the house and she’s sniffing all the corners,” Marr described Chloe. “And then she went to another part of the house and she started licking the floor and scratching at it. I thought, OK, that’s weird.”

The Marr’s could not quite understand why the dog was acting so strangely. They figured it was because it was the first time the dog had been back to the house since the incident. The pulled the dog away from the spot where she had been licking.

She went back three more times. The couple realized that Chloe was communicating something to them. They grabbed a flashlight and shined it down the hole where Chloe had been digging and licking.

As soon as the light hit the hole, the Marr’s heard a faint meow. Not thinking anything of it, thinking it was probably a stray, the couple attempted to lure the cat out. 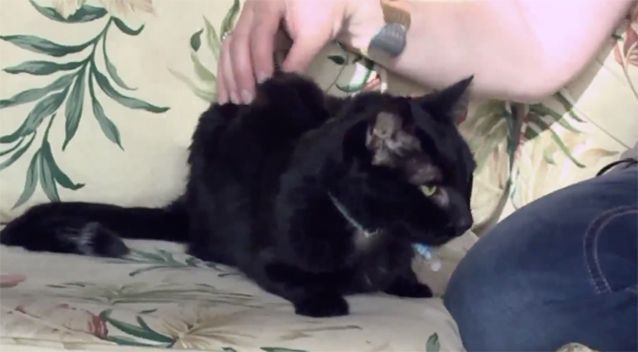 They lured the cat out with cat food. But as soon as the cat came out, the couple could not believe their eyes. They were looking at their cat, Ringer, whom they thought perished in the fire with Smoke or ran to safety.

“I’m like, ‘Oh my God, that’s Ringer!’” she recalled her shock, which she said led to tears. “This is our missing cat of two months that just came out of a hole in the floor.”

The Miracle Cat as they’ve aptly nicknamed Ringer was rushed to an emergency vet office nearby. The vet lent an ear to this amazing story and could not believe what the poor cat had been through. 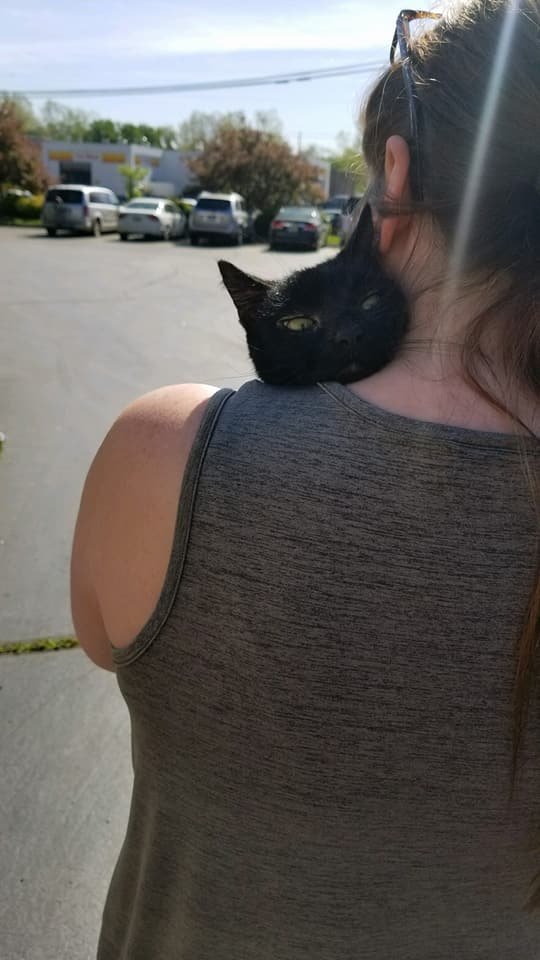 The cat was treated for severe malnourishment and dehydration as it was predicted the cat was in trapped for at least four to five weeks with no water to an upwards of eight weeks.

The amazing thing about this is the firemen that saved the family and revived Chloe scoured the house a least a dozen times after the fire to inspect the structure. While they are heroes for saving the family and their pup, Chloe is a household hero for saving her fur-brother. 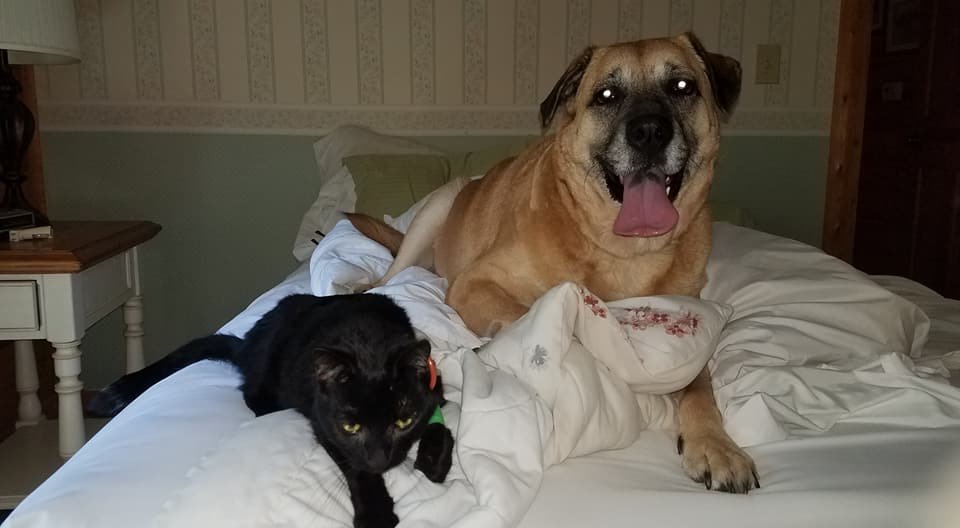 Had it not been for Chloe tagging along on this trip, Ringer would not have survived much longer. The miracle cat is actively getting his health back, utilizing a feeding tube and lots of love, but in the meantime, the Marr’s and Chloe are enjoying their time with Ringer.

If you think Chloe is a hero and you’re thankful that Ringer survived this menacing horror, like and SHARE this story with your friends and family!

Also, watch this amazing video of firefighters bringing this cat back to life after a fire, below: