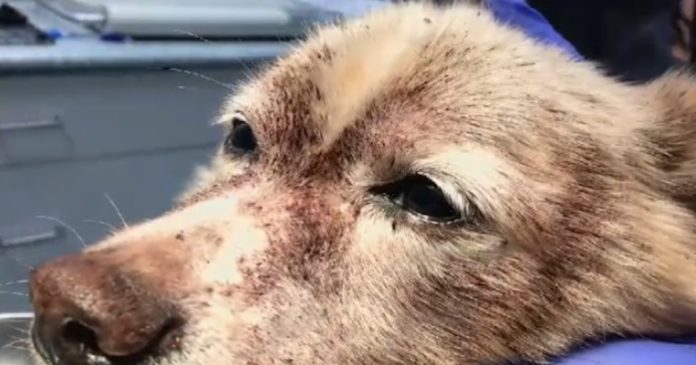 Everyone fears their dog will eventually end up with fleas, some people put endless amounts of preventive medicine on their pets. Unfortunately, dogs who don’t have a home and live on the streets are more susceptible to the tiny parasites, and this fourteen year old pup is far worse than any typical case of the fleas.

The fourteen year old terrier, Rascal, was dropped off at the Nanaimo SPCA on Vancouver Island and seemed to be covered in dirt. When the veterinarians took a closer look, they saw that the “dirt” was actually a very severe infestation of fleas. 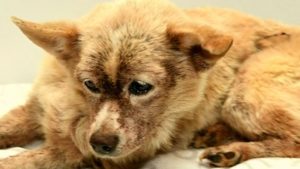 Ken Langelier, a veterinarian at the Island Veterinarian Hospital said the pup had “the most fleas I’ve seen and I’ve been in practice for almost 40 years”. The poor dog was suffering so much, his normally pink gums were drained to white. Langelier believes “the stars were aligned to help this dog.”

When the staff at the clinic gave the dog a fresh bath, they were surprised to see copper-colored water coming from the dog’s fur. Langelier explained, “When the fleas drink the blood and they go to the bathroom, they’re basically excreting digested blood,” he added, “basically you’re seeing a sea of blood.” 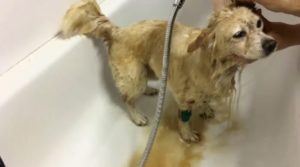 After evaluating the dog’s condition, the Island Veterinarian Hospital was given the choice to either put the dog down or give the dog an emergency blood transfusion.

Langelier was not letting that dog be put to rest. He said, “I looked at this dog and said, ‘You’re not dying on my watch, baby’.”

They needed blood fast before it became too late for the dog. Luckily, an employee from the hospital had a pet German shepherd who was a universal doggy blood donor. The German shepherd was brought immediately to the clinic where it provided the blood needed to save Rascal’s life.

After hours worth of surgery and 400 milliliters of blood and many many baths, Rascal is back and better than ever with full strength and living flea-free! But the story doesn’t end there, the SPCA’s animal cruelty investigators are working to find who brought Rascal in so they can be faces with the consequences.

It is believed that Rascal had been suffering the flea bites for a prolonged time but could have been completely preventable. If they do find Rascal’s previous owner, they could be faced with criminal charges. 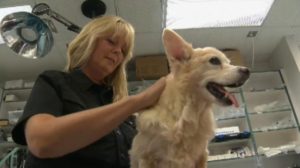 On a brighter note, Rascal was able to meet the other pup who ultimately saved his life. The small terrier and the German shepherd were able to play together and the staff at the clinic revealed that Rascal should be making a full recovery! After he is back to his perfectly normal self, Rascal will be put up for adoption to hopefully find a much better, more loving forever home!

If you’re thankful that vets were able to save this poor baby’s life and give him another chance, please SHARE Rascal’s story!