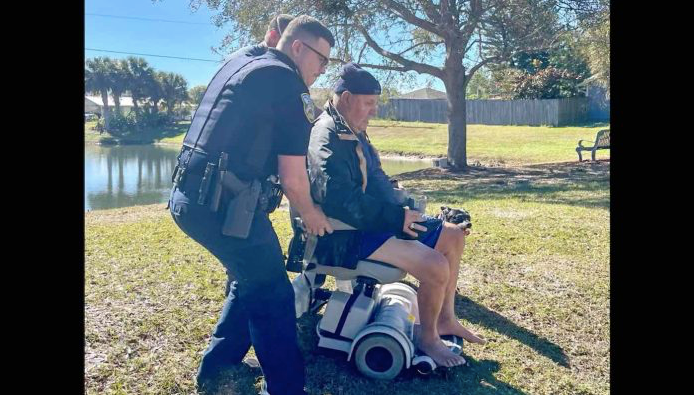 Dogs are called man’s best friend. Some people agree, others not so much. According to ‘The Dog People’ from Rover.com, “dogs have proven themselves time and again to be loyal, kind, understanding, and have an indomitable spirit. They greet us happily after what may have been the worst day of our lives and make us feel better with a wag of their tail and a playful grin.

Whether they’re herding sheep, hunting game, supporting people with disabilities, or simply acting as a companion unlike any other, dogs help humans with day-to-day tasks, many of which may not be possible without them. Dating back to the 16th century, dogs have served as service helpers for the blind, and by the 1970s dog trainers developed techniques for dogs to assist people with disabilities.” There are so many people that have many great relationships with their dogs and others that have even been saved by their dogs.

This is an amazing story of a dog saving her owner. Harry Smith and his dog, Sarah Jane, have a daily morning routine of walking around a lake near their house every morning. It was just a normal day when all of a sudden her owner, Harry, was drowning in a lake.

They were on their morning walk when Harry’s electric wheelchair got stuck in the mulch. He tried to back out of it but as he was trying this, his wheelchair went down the large bank and tumbled over into the lake. Being a man in a wheelchair, he was struggling to swim and stay afloat. His dog knew something was wrong and that her owner was drowning so she barked and barked until she got someone’s attention.

Two people, Edward and Jacob, were walking near the lake and heard the dog barking and walked closer to see what was going on. When they saw what it was about they rushed over and got a policeman that was around the area to come and help Harry Smith. Officer Doty came to them and saw that Harry was submerged in the water up to his neck and was struggling to stay above the water.

The three of them dove in the water and worked together to help the 81 year old man out. Since his wheelchair was broken from the fall, they drug him up to the top of the bank. Amazingly, he was well enough to go home. When they got home Harry said, “I gave her a treat. I love her so much.” Dogs are man’s best friends and without Sarah Jane noticing her owner was in trouble, things would have turned out a completely different way.