GladWire
Animals Divers Caught Off Guard When Dolphin Approaches Them, When They Look Closer... 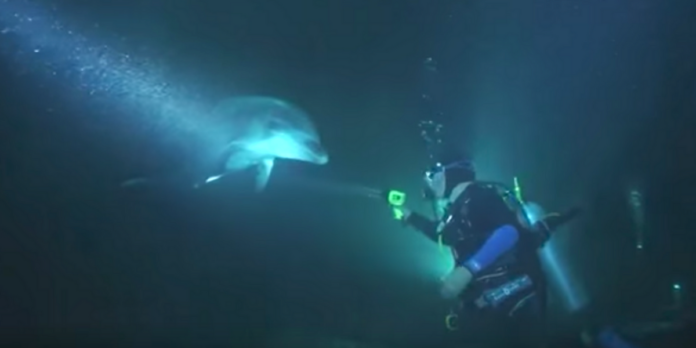 There is scuba diving and then there is night diving. There is something magical about seeing the sea, dark and mysterious, at night. All the creatures in their natural habitat are just beautiful.

This was not the first dive for Kellos Laros and Martha Wing and it surely wouldn’t be the last. This time they were diving in Gadren Eel Cove in Kailua-Kona, Hawaii.

Since this wasn’t their first time diving, they were well equipped with equipment that they may need while they are under the sea. Not only are they equipped with extra oxygen, they are also equipped with cutters, scissors, and other safety gear in case they need it.

They never anticipated needing the equipment that they brought with them, but it’s great to have the tools necessary to help or even save a life. That is when the two divers met this sweet, injured dolphin. 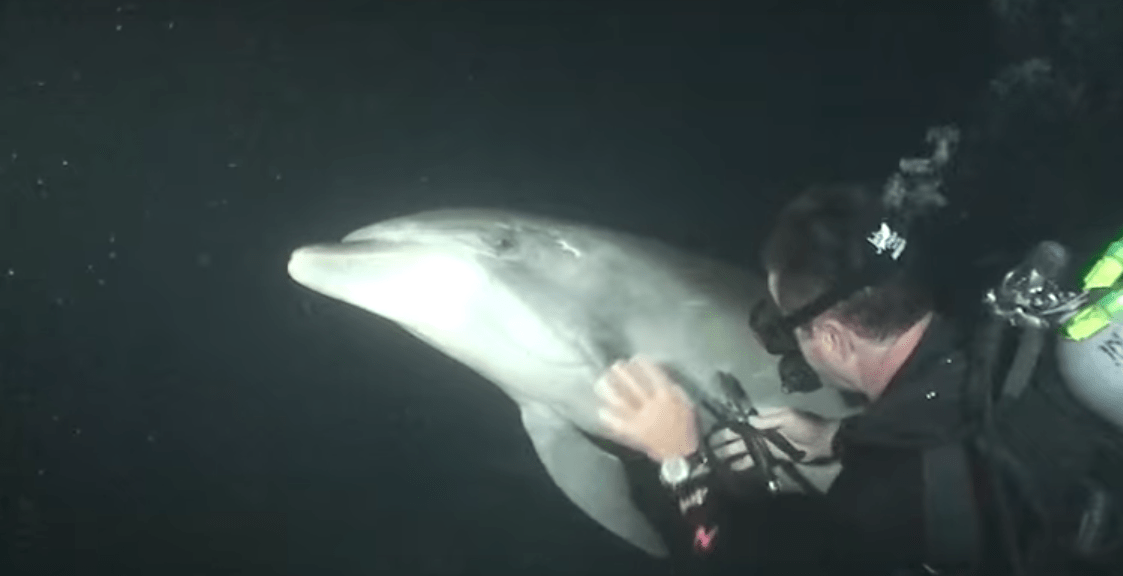 The beautiful clear water is home to many creatures, including, but not limited to, Manta Rays, Sting Rays, Sea turtles, a magnitude of fish, and many more creatures.

While Kellos and Martha expected to meet a variety of sea creatures, they weren’t expecting to meet a dolphin in need of their help. Martha was luckily filming their dive when Kellos learned that this dolphin was tangled in fishing line with a fishing hook embedded in it’s left pectoral fin. 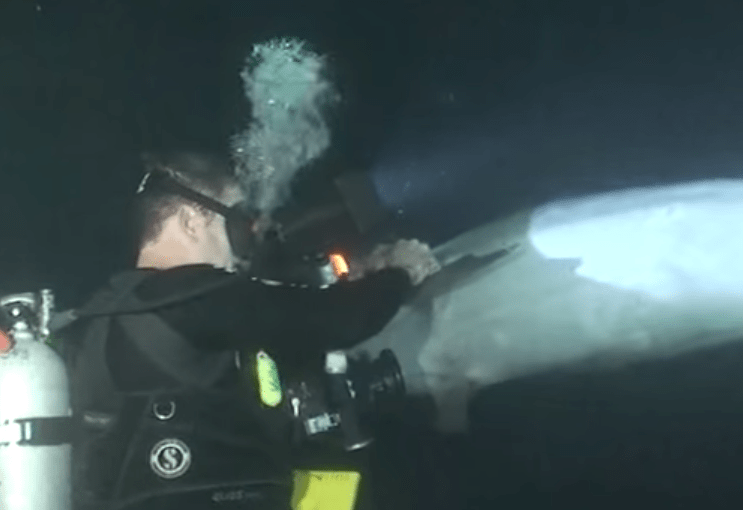 The dolphin was timid and shy at first when he realized that the humans saw his injured fin. He quickly got over it when he saw Kellos flagging him over.

The dolphin went willingly to the humans, where he would be freed of the hook and wire. Kellos made quick work of the fishing line, using his safety equipment to cute the wire from his fin and mouth.

The hook was easily removed and the dolphin was free. Had the divers not been there to enjoy the majestical sea at their night dive, they wouldn’t have had the opportunity to rescue this sweet Bottle Nose dolphin.

If you think these divers are amazing for freeing this beautiful, Bottle Nose Dolphin, like and SHARE this article with your family and friends now!