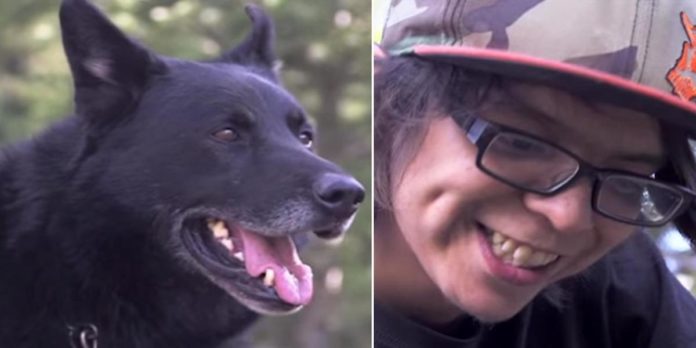 As a society, we have a Hall of Fame for almost everything but I bet you didn’t know that Purina has their very own Animal Hall of Fame! They have decided to honor a special dog who helped to save his owner’s life after a fatal car accident. 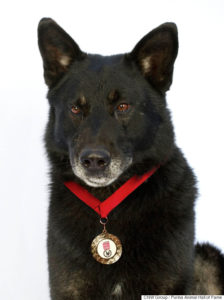 Sako is a 4-year-old king shepherd from Kanaka Bar, British Columbia. He was inducted to the Purina Animal Hall of Fame for his dedication in protecting his owner, Joseph Phillips-Garcia. The event, held by Nestle Purina Petcare’s subsidiary, Purina Canada, was aiming to honor Canadian domestic animals who have helped to save human lives.

Sako’s story begins in June of 2014. Joseph, 16 at the time, his aunt, cousin, friend, and Sako were out for a day filled with fun. They had planned to go fishing and wild potato picking when they suffered a tragic accident. On their drive home, the car went off the road and plunged down a steep, 100+ yard hill straight into the forest.

The only two survivors of the crash were Sako and Joseph. They had merely survived the impact but that doesn’t mean their fight for survival was easy. Joseph had blacked out on impact and when he woke up, he could barely move his body.

Phillips-Garcia remembers, “I tried moving in any possible way I could. I felt my head and I looked down at my hand, and it was just filled with blood.” At the time, Joseph actually had a bone protruding from his leg. He later found out he had a broken collarbone and a broken femur.

The dog had not sustained major injuries but knew something was horribly wrong. He was a devoted companion to the family since he was a puppy and he wasn’t leaving now. He stuck next to Joseph until help arrived. Sako knew to keep Joseph warm throughout the night as it got colder. 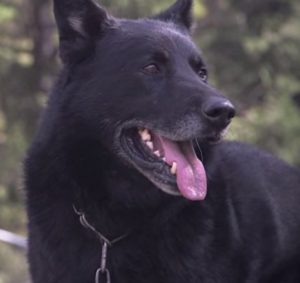 Sako did everything he could to ensure Joseph wouldn’t die and it was no easy task for the dog. Phillips-Garcia recalls that his dog helped him drag himself to a nearby creek to get water. He also remembers the dog fighting off coyotes during their time in the forest.

Joseph says, “We were just falling asleep, and that’s when you heard the first couple of howls.” He added, “He got up as soon as he realized their scent was coming closer and closer, and then he just went in. You could hear them just fighting and the bushes rumbling around.”

Sako stayed with the boy for a total of 40 hours until a search team found the pair. 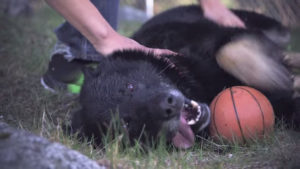 Joseph’s mother is forever grateful for the heroic dog. She said, “He saved my son’s life.” She knows Sako played a “huge role” in Joseph’s survival.

At the induction event for the Animal Hall of Fame, Sako received a medal for his actions. Three other dogs also were honored at the event. They join 140 dogs, 27 cats, and even one horse for their lifesaving actions over the last 47 years. Animals can be some of the greatest heroes and the most devoted companions to their humans!