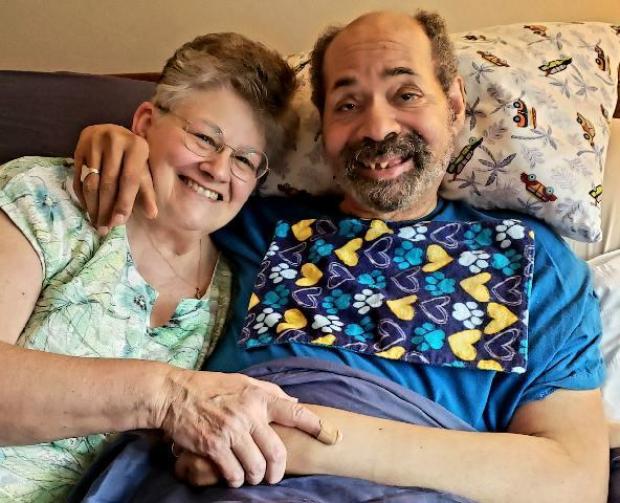 When they met at a young age In college they instantly fell in love.

But things took a wrong turn and the pair broke up because of pressure from her mother. This quickly became the biggest regret of her life.

Jeanne Gustavson told CBS News, “I can’t turn back the clock. I wish I could. I would have married him.”

Gustavson met her college sweetheart Steve Watts in a German club at Loyola University in Chicago. She said that he would have been perfect for a husband. But only if he was white.

“My mother was absolutely livid,” she said. “What didn’t she say? How could I disgrace the family. It was not pretty.”

Because of these pressures being put on her, she broke up with him and never saw him again. That is until a few months ago when she tracked him down at a nursing home in Chicago.

She said, “What I found was sort of a broken man.”

Although Watts and Gustavson were both divorced with no kids, watts’ life was a lot harder. He had been homeless, suffered two strokes, and almost been unrecognizable the day Gustavson had walked back to his life.

Gustavson said, “But he’s still the wonderful, gorgeous man that I knew.”

The first time they saw each other the feelings just swept them off their feet and they instantly fell in love again; and with her mother no longer here, Gustavson did not hesitate to make the arrangement to move Watts from his nursing home to her home in Portland, Oregon.

The health issues that Watts has makes him bedridden. He is still devoted and loves Gustavson after all these many years.

Race ended their story, but love continued it.

Gustavson said that it is not at liberty to say” whether Watts has proposed, but her answer would be “hypothetically, yes” if he does.