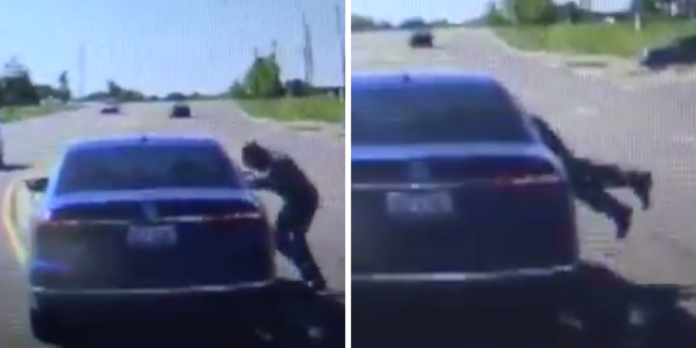 Many of us could say we would risk our own personal safety for family and possibly very close friends, but could we honestly say that we would risk our own safety for a complete stranger? One man in Illinois not only can say he would, but he did. Randy Tompkins, an average Illinois resident, in one heroic action saved a man’s life and possibly dozens of others, and the whole thing was caught on camera.

One afternoon, a Dixon police car was making its way around the city going about the normal patrols when all of a sudden, they spotted something strange. A car ran a red light, but at an oddly slow speed (not like they were trying to speed through it).

The patrol car began to follow the mysterious vehicle and this is where the story gets crazy. All of a sudden out of nowhere a pick-up truck rounds the corner briefly stops, and backs up just enough so he’s ahead of the rogue car.

It was Tompkins in the pick-up truck. He noticed something the police officers behind were unable to see. The driver of the car was having a seizure and was incapable of controlling it.

Tompkins knew what he had to do. In one swift motion, he hopped out of his car, sprinted across the road, and dove into the passenger window of the car while it was still moving. 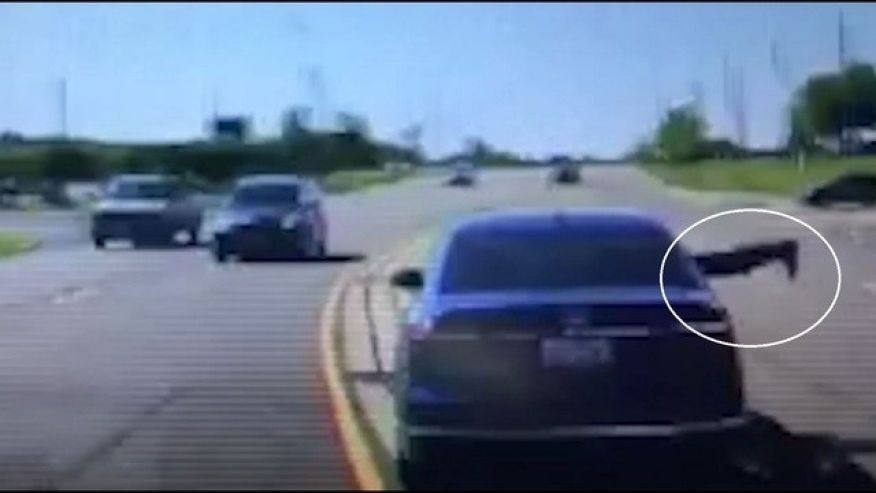 Instantly, the car halted to a stop and the police officers approached the scene.

The entire scene lasted less than a minute and was recorded on the police car’s dash cam. Thankfully, the car didn’t hit anyone or go into oncoming traffic. If it weren’t for Tompkins’ brave actions, the situation could have been much worse.

Later that day, Tompkins wrote on Facebook, “Wow I just saved this guy’s life in the blue car I jumped in his car he was having a seizure at the wheel the cops said they saw me jump in his window like Dukes of Hazzard it was crazy wow my adrenaline is still going.” He also shared a photo of the post scene. 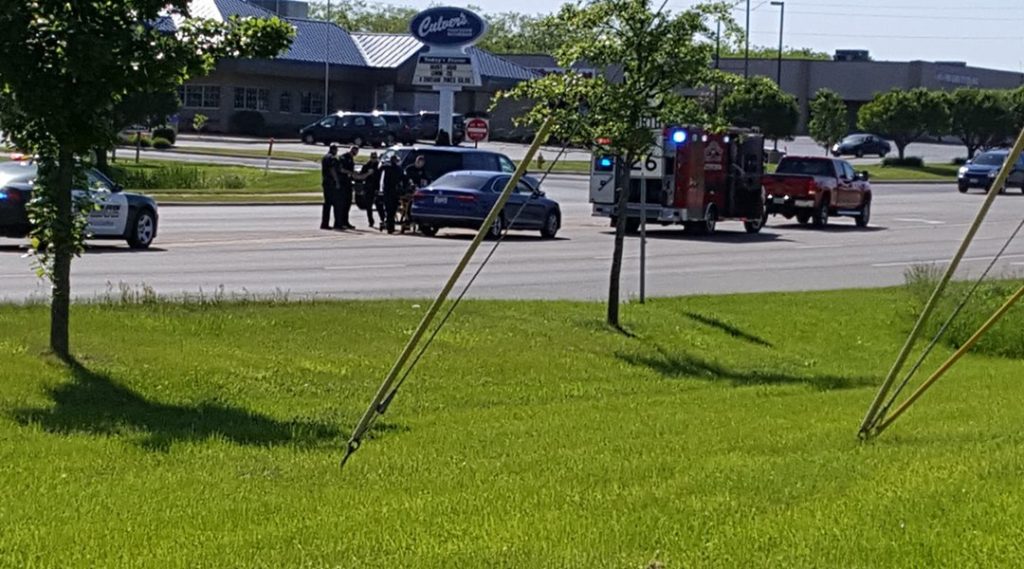 The world could definitely use more people like Tompkins, willing to put himself in harm’s way in order to save others, even if they are complete strangers.

If you are impressed by the heroic actions of Tompkins, please SHARE with a friend so people can hear some positive news!