GladWire
Awesome Child Thought His Prized Possession Was Gone For Good Until Airline Does... 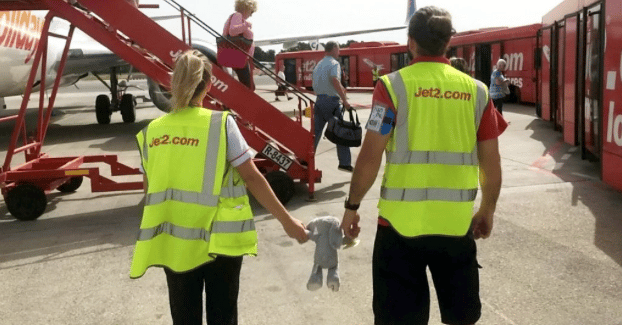 Just in time for her kid’s first birthday, a mother applauded an airline for going “out of its way” to reunite her son with his beloved toy rabbit.

In June, Jenny Wilkinson and Shaun Tennant boarded a plane from Leeds Bradford Airport with their little son Louis for Majorca.

But when they got there, they discovered Bun-Bun, his cherished stuffed animal, was gone.

The parents believed they had lost the priceless stuffed animal that had been given to Louis at infancy forever.

However, once workers discovered the rabbit aboard the aircraft, low-cost airline Jet2 was already attempting to reconnect the item with the family via social media.

After the family had left, a friend noticed the social media post and notified them. The family then called Jet2 to arrange for Bun-Bun to be sent home in time for Louis’ first birthday.

The child smiled when he grabbed the toy when it was given back to him, according to Shaun of Wakefield, England.

“We are so grateful to the entire Jet2.com team. Everyone has gone out of their way to make sure that Bunny was brought home and they’ve even brought the journey home to life thanks to the pictures they have shared, it’s amazing. The moment Louis saw him he reached out to grab him with the biggest smile and it’s fair to say it has been a brilliant first birthday.”

Bun-Bun was seen at home with his own bag, boarding card, and sitting in the cockpit of the aircraft as it prepared to take off. Airline workers made sure Bun-Bun returned home safely.

He said, “We knew that one customer would be really missing his toy bunny so we wanted to do everything we could to bring them back together.

“Making customers happy is what this job is all about, so I’m over the moon to have helped get bunny back to Louis for his birthday.

“I guess all that’s left to say on top of that is happy birthday Louis – and I hope bunny enjoyed his flight home!”

Louis’ Mom stated, “He was already unsettled because he was in an unfamiliar cot, in different surroundings. There are so many complaints at the moment about airlines that I feel Jet2.com deserve praise for going out of their way.”

“What they did for Louis was wonderful.”