Cats tend to be very independent. It is just their nature. But sometimes, when they need help, they will ask for it, just as this feline did.

A tortie cat came up to a young woman and her co-worker, and they were very confused, that is until they saw her pregnant belly. They knew immediately that she was asking for help, and looking for a safe shelter.

This cat was abandoned in the neighborhood and refused to get close to any human. You could say that she wasn’t very fond of us human beings. But this time, she wanted help, and who were they to say no? 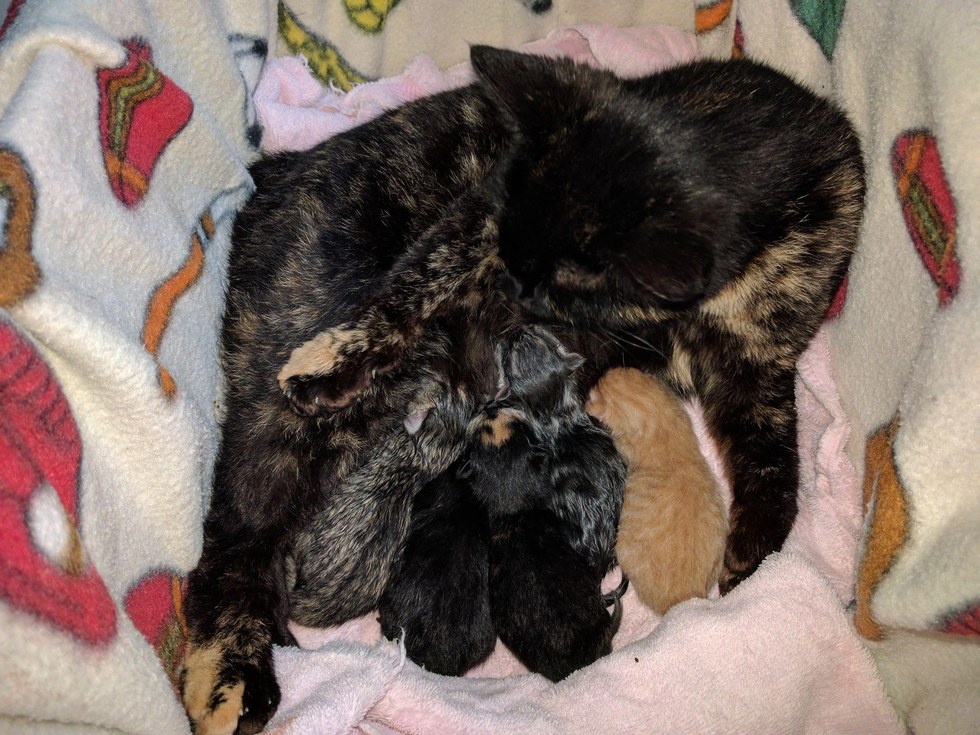 They took her in, and noticed something very different about her…she had a bobtail.

“I had never really seen a bobtail until I took in the pregnant one behind my work,” said Reddit user, ‘slowkidsplaying.’

They were understandably nervous about helping the expectant mama cat through labor, because they had never done it before, and even though she asked for help, they weren’t sure how she would react when the day came.

They made her a birthing box, making sure she would have a comfortable spot to give birth to her babies. But this mama cat had a different idea.

When the time came, the tortie didn’t go to the box but instead went to the corner. There she gave birth to five beautiful little kittens.

The first kitten born was a mini version of the mom, except she had a tail. The second was an all black little kitten. And then the third baby came, and they noticed the bobtail, just like its momma! 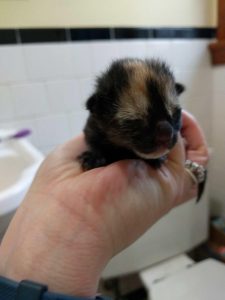 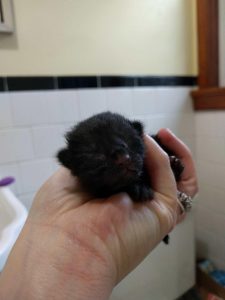 Then the cat had her 4th baby, a tiny torbie (a mix of a tabby and tortie) with absolutely beautiful markings. Then, two hours later, came the 5th baby, the runt of he litter. The tiny tabby kitten immediately joined the others with his momma. 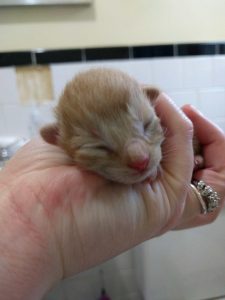 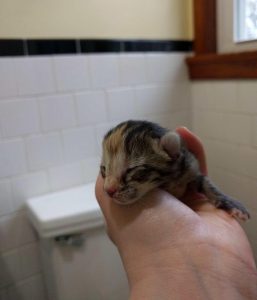 “She’s been letting us pick each one up and pet them and everything. She used to not let anyone within 4 feet of herself and now she’s kneading and purring while I’m petting her and her kittens. It’s great.” 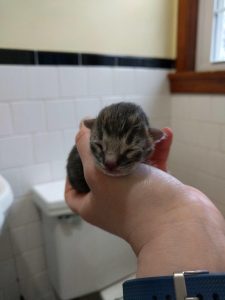 They have fallen in love with the momma cat, and now, she has a forever home with her rescuers. The kittens will be going to loving homes once they are big enough.

“They are all extremely healthy and mom did a wonderful job.”

We are so thankful that these two helped this momma cat, and that she and her kittens are doing so well and are extremely healthy and happy!