GladWire
Animals Bear Locked In Cage For 30 Years- Finally Rescued And Transformation Is... 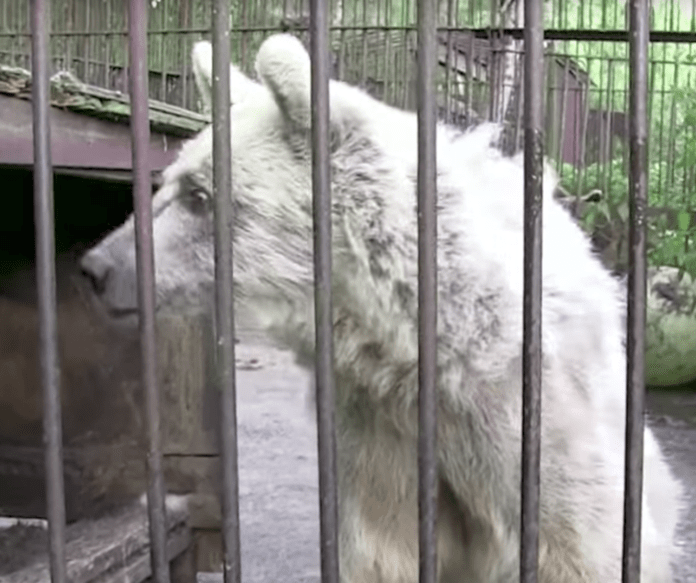 Over thirty years ago a Syrian brown bear cub was brought from the Middle East to Big Bear Farm in Honesdale, Pennsylvania where she was held captive against her will.

Fifi – as she was named by the zoo staff – was trained to ride a bicycle and was forced to perform tricks and entertain people for money. She, along with three other bears, was never treated with proper care or respect and forced to live in terrible conditions that constantly violated the federal Animal Welfare Act.

After twenty years, the horrible zoo was finally shut down. Sadly, instead of just releasing Fifi and letting her move on to a better life, they did something terrible.

Fifi was locked in her rusty cage for the next ten years waiting for someone to buy her. 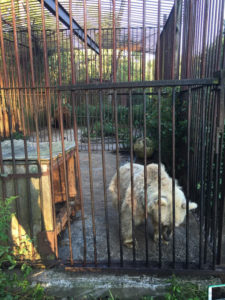 Lucky for her, a few angels eventually came to her rescue.

The animal rights organization People for the Ethical Treatment of Animals (PETA) were made aware of Fifi’s situation and came to save her. They are known for helping save neglected animals.

PETA’s slogan is “Animals are not ours to eat, wear, experiment on, use for entertainment, or abuse in any other way.”

When they found Fifi, she was in very poor health – physically weak and very malnourished. Other than her general health being bad, Fifi has arthritis which had been left untreated.

Fifi was immediately transported by PETA to The Wild Animal Sanctuary in Colorado. Once there, she was given the necessary treatment that she so badly needed. 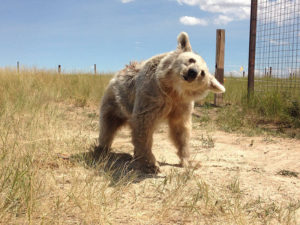 At The Wild Animal Sanctuary Fifi, along with the other bears, were able live in social groups, roam the land and live in their own underground dens.

Today, five months after being brought to the facility, Fifi has been given a chance at a new, and better life. Putting her past terrors behind her, Fifi is healthy and for the first time in her life has the opportunity to hibernate.

As her legs grow stronger every day, Fifi is beginning to be able to take more and more steps. She loves to roam her new habitat, cool off in her pool and relax in her new den.

IF you enjoyed the story of Fifi’s journey to a better life, please SHARE this story to bring awareness to the horrible conditions that zoo animals are often kept in and watch these sweet videos of bears below.