GladWire
Awesome Watch: Teenager Gets A Once In A Lifetime Opportunity & Saves The... 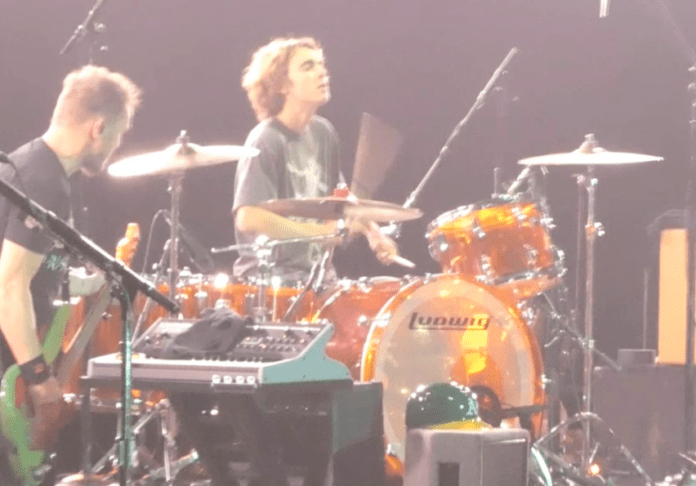 After Pearl Jam’s drummer fell ill with COVID-19, the band enlisted the help of a teen fan to get them through their Oakland, California, show.

Kai Neukermans, 18, planned to take matters into his own hands since learning that the band’s regular drummer, Matt Cameron, would be unable to attend.

After bravely telling them he was up to the task, the teen couldn’t believe his luck as he was invited onstage Friday to perform the band’s hit song “Mind Your Manners.”

“Everybody, this is Kai; Kai, this is everybody,” band leader Eddie Vedder said to the crowd in a video posted to the band’s YouTube channel. “You’re leading the band, brother.”

According to the San Francisco Chronicle, Kai and his brother, Manoa Neukermans, returned from seeing Pearl Jam perform in Los Angeles before sharing the stage with them at Oakland Arena.

“It was a last-minute thing, and I didn’t think it was going work out.” Kai texted Vedder’s daughter, Olivia Vedder, after discovering her phone number on his phone after a 2018 encounter in order to get noticed by the four-time Grammy Award-winning rockers.

The teen drummer, a senior at Tamalpais High School in Mill Valley, offered to play the drums for her father’s band. Kai’s text started the conversation, and he was soon requested to send a video of himself drumming along to a Pearl Jam song, which he admittedly missed school to do.

The aspiring musician filmed himself playing along to “Mind Your Manners,” a song from the band’s 2013 album “Lightning Bolt.” Within an hour, the band’s tour manager called him up to the stadium for a quick practice run.

Despite the fact that the band had already lined up Red Hot Chili Peppers guitarist Josh Klinghoffer and Oakland drummer Richard Stuverud to fill in for Cameron, they agreed to let Kai jam out to one song.

“My heart started racing when everyone started screaming and my heart skipped a beat.” Kai stated. Kai Neukermans is introduced to the audience by Eddie Vedder. The teen’s brief appearance on stage was a success in front of 20,000 screaming fans who couldn’t stop cheering for him.

“I tried to stay as focused as possible and watch the other band members and just tried not to look at the crowd because it was freaking me out,” he recalled.