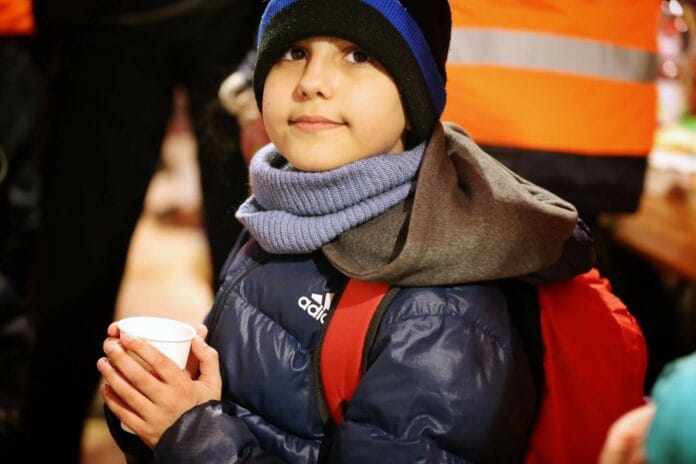 With just a plastic bag, a passport, and a telephone number an 11-year-old Ukrainian boy traveled from one of the most dangerous battlefields in Ukraine.

The boy traveled more than 600 miles alone by train to the Slovakian border to meet with his siblings. As the Russian Army started to advanced into Zaporizhzhia, Ukraine the boy’s mother was forced to remain home due to his sick grandmother.

The boy named Hassan safely made it to the border and one week later he was reunited with his mother and grandmother who were able to evacuate before the Russians took control of the area.

“They lost everything again, but this time the war didn’t take anyone away from them. They are together and that’s all that matters,” Slovak police wrote on Facebook.

“The volunteers took care of him willingly, took him to the heat and provided him with food and drinks, which they packed for him on his next journey,” the embassy wrote on Facebook. “Thanks to the number on the hand and a piece of paper in the waist, I managed to contact relatives who came for him.”

Hassan also met with the Slovak Interior Minister Roman Mikulec who admired his bravery “determination, courage and fearlessness that sometimes adults don’t have,”

“I am really very sorry for him and all the other children and their families who have to flee their country because of what is happening in Ukraine,” Mikulec wrote in a post shared on Facebook. “I assure all those who flee from Ukraine before the war conflict, that here in Slovakia we are ready to help.”

More than 3.2 million refugees have fled Ukraine since Russia invaded. Including Slovakia, many have fled to Romania, Hungry, Moldova, and Poland.

About 2 million of those refugees have fled to Poland and it is estimated that they have the largest refugee population in the world.