GladWire
Police Texas Trooper Put It All On The Line During Wild Chase To... 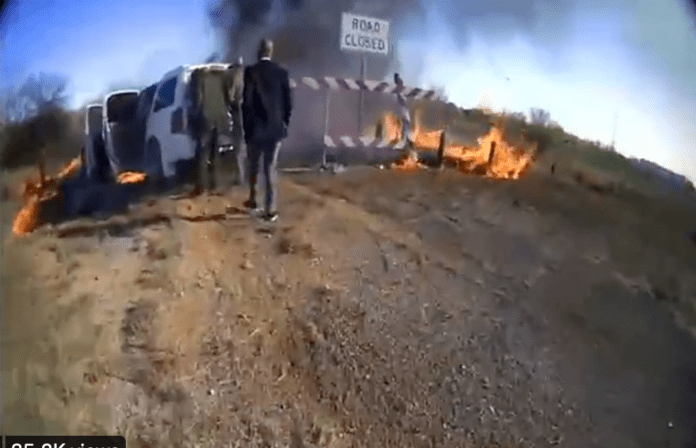 Texas law enforcement officers were involved in a chase with human smugglers near Laredo when the vehicle burst into flames. Inside the vehicle was a woman who was kidnapped and zipped inside a duffle bag.

In the video below you’ll watch Border Patrol and Texas Troopers swarm a vehicle that is engulfed in flames to rescue the trapped woman who was stuffed in the duffle bag. At any time the vehicle could have exploded but that didn’t stop the brave officers on the scene from getting her out.

NEW: Absolutely wild footage from a @TxDPS trooper’s bodycam following a fiery human smuggler pursuit crash near Laredo. It shows TX troopers and Border Patrol agents saving the life of a woman who was zipped up in a duffel bag being smuggled inside the burning car. @FoxNews pic.twitter.com/OZmAlz0xnj

According to reports smugglers had stuffed her in a duffle bag to smuggle her inside the United States.

The rescue above is just one of the many instances law enforcement officers put their lives on the line.

We previously posted about two officers in Milwaukee who also put their lives on the line to save two teenagers.

The two officers were out on patrol when they saw is 1999 Pontiac Grand Am lose control and slam into a utility pole.

Officers Nicholas Schlei and Nicholas Reid dragged teenagers out of a car after they witnessed them crash into a utility pole, resulting in the car bursting into flames.

An officer can be heard screaming in the video, “You guys back up, car’s on fire, back up!”

Reid said, “First thing that went through my mind is, get these kids out or whoever the occupants are, get them out. So at that point, it’s get them to safety, worry about the car later.” 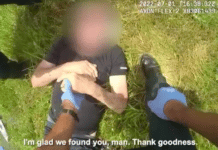 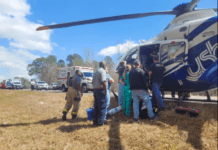 VIDEO: Local Heroes Race The Clock To Save A Man Fighting For His Life 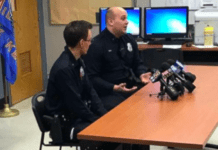 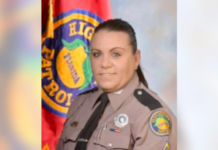 Watch: Florida Trooper Does The Unimaginable To Save Hundreds Of Lives 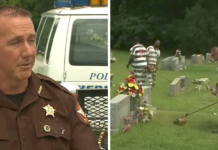 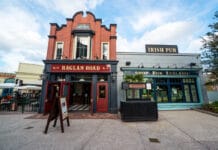 Drunk sisters on vacation at Disney Springs take clothes off and fight, slip on vomit into bushes while fighting 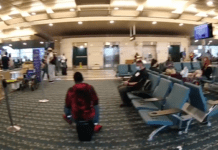 Police chase a motorized suitcase through the Orlando airport 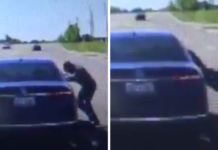 Cop Alarmed When Strange Man Jumps Into Moving Car, Then He Realizes Why 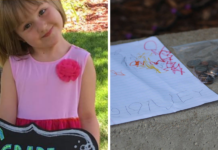 4-Year-Old Empties Piggy Bank, When Mom Finds Out Why She’s In Tears 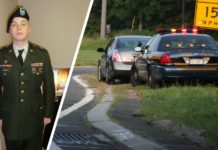 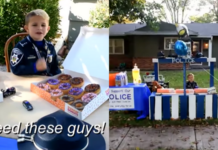 6 Year Old Boy Thanks Local Heroes With Donuts, They Surprise Him With A Sweet Response.